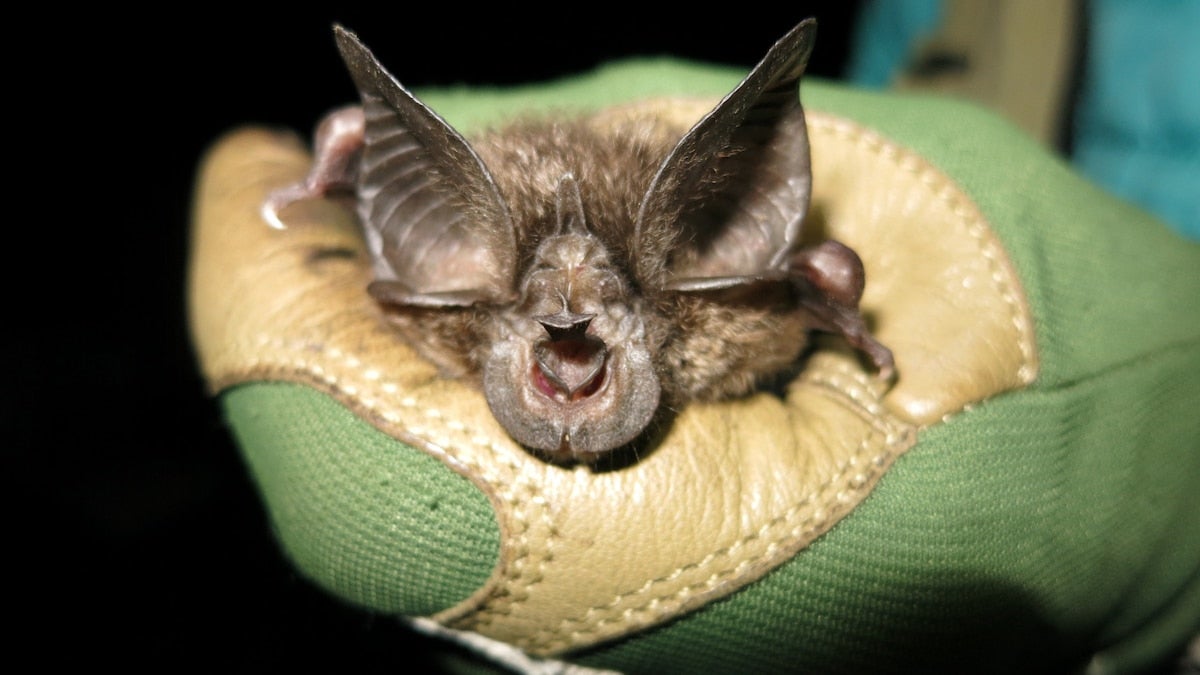 Hill's horseshoe bat has been rediscovered after 40 years. Jon Flanders

A bat previously believed extinct is now back from the dead.

Researchers announced March 8 that they had spotted Hill’s horseshoe bat (Rhinolophus hilli) for the first time in 40 years.

Hill’s horseshoe bat is considered a critically endangered species by the International Union for Conservation of Nature (IUCN) Red List. It lives in forest caves in Rwanda and is most likely threatened by the destruction of its habitat for logging and agriculture. Appropriately, it has a horseshoe-shaped nose as well as big ears and a face that appears smushed, NBC News described.

The bat was considered a “lost” species until an international team from (BCI), Rwanda Development Board (RDB) and the Rwanda Wildlife Conservation Association found an unusual animal during a 2019 expedition in Rwanda’s Nyungwe National Park, according to the announcement.

“We knew immediately that the bat we had captured was unusual and remarkable,” BCI chief scientist Dr. Winifred Frick said in the announcement. “The facial features were exaggerated to the point of comical. Horseshoe bats are easily distinguishable from other bats by characteristic horseshoe shape and specialized skin flaps on their noses.”

The researchers verified their suspicion by taking measurements of the live bat before they released it into the wild and then consulting museum archives in Europe to look at previously-collected specimens.

In addition, the researchers were able to confirm the presence of more of these rare bats in the park by recording their echolocations for the first time. They were then able to hear the bats in eight different locations in a small section of the park.

“Knowing the echolocation calls for this species is a game-changer,” Dr. Paul Webala, who is senior lecturer at Maasai Mara University and one of the lead scientists on the team, said in the announcement.

The finding of the “lost” bat was part of a broader expedition to document bat species in and around the park from 2013 to 2020. The dataset was published March 7. In addition to Hill’s horseshoe bat, other notable finds included the first Lander’s horseshoe bat (Rhinolophus landeri) in Nyungwe National Park and the first Damara woolly bat (Kerivoula argentata) in Rwanda.

Nyungwe National Park is renowned for its biodiversity. It is home to 1,068 recorded plant species, 322 bird species and 75 mammal species, including 13 primates. At 1,019 square kilometers (approximately 393 square miles), it is the second-largest national park in Rwanda.

Of the 1,321 bat species assessed by the IUCN, around 40 percent of them are considered endangered, The Guardian pointed out. The main culprits are deforestation and habitat loss. But the experts hope that rediscovering Hill’s horseshoe bat means it can be kept from real extinction.

“Now our real work begins to figure out how to protect this species long into the future,” Flanders said in the announcement.