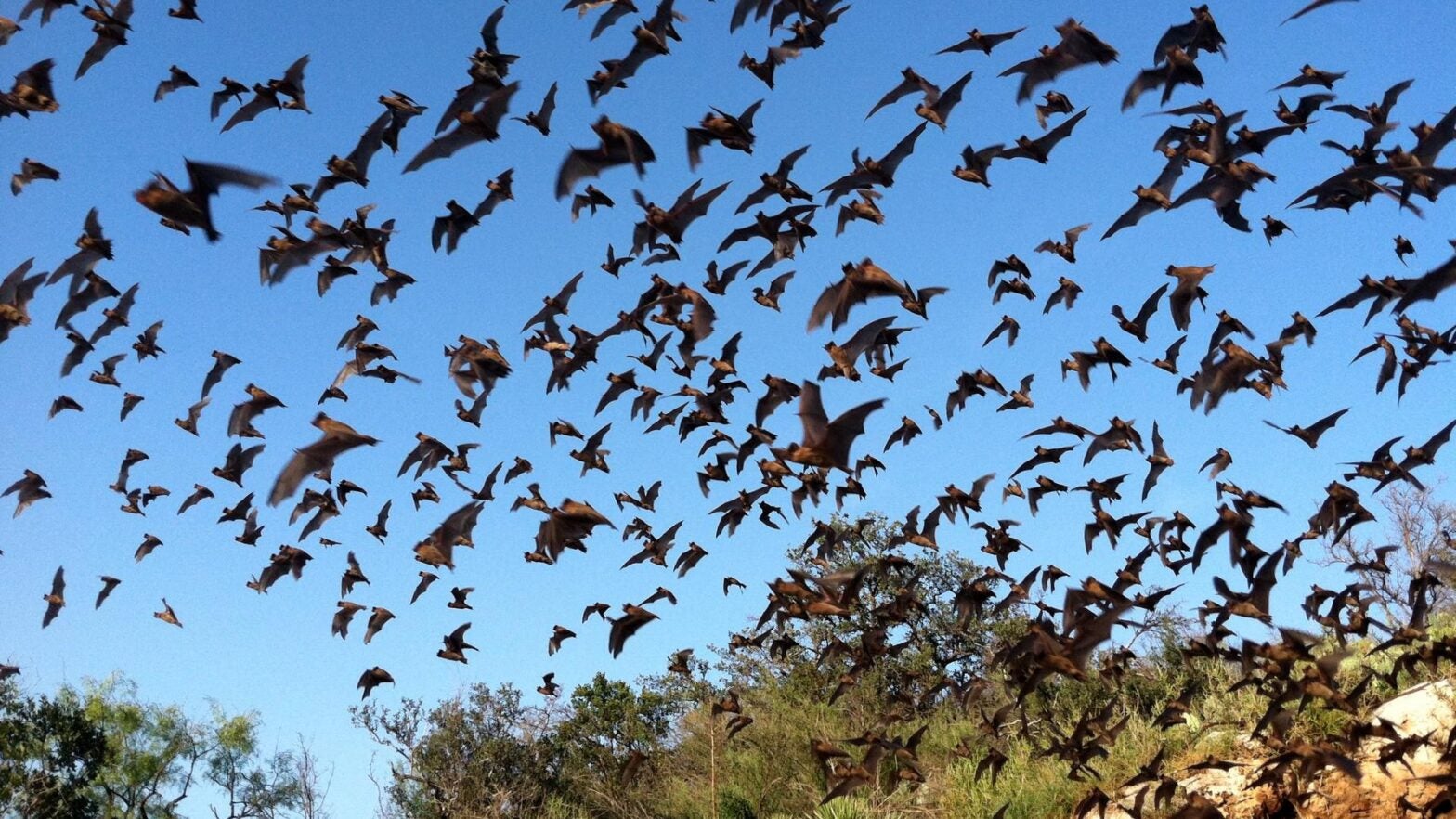 The Isabelline Serotine bat (Eptesicus isabellinus) ranges across areas north of the Sahara and into the southern portion of the Iberian Peninsula. But it may be time for the species to start packing its bags.

A new study in Global Ecology and Conservation found that dozens of bat species living in parts of the world predicted to get hotter and drier with climate change will need to shift their ranges to find suitable habitat. For Isabelline Serotine bats that could mean a big move — more than 1,000 miles, the researchers determined.

They won’t be the only ones.

The study looked at two areas with high drought risk — western North America and the Western Palaearctic, which stretches across North Africa and Europe. They studied 43 species using three climate models and three emissions scenarios to determine where bats could move to “climate refugia” to find more suitable habitat, and which species are at the greatest risk of population decline if that journey isn’t possible or easy.

The news isn’t great. “All future emissions scenarios led to an overall reduction in predicted bat richness in both continents by 2080,” the researchers found. “Areas projected to support high species richness in the current climate coincided with greatest predicted species loss and greatest future drought risk.”

Already numerous bat species face threats to their habitat from development and degradation. In North America things are particularly dire. White-nose syndrome, a fatal disease caused by the fungus Pseudogymnoascus destructans, has decimated cave-dwelling bats there, including killing more than 90% of some populations in less than a decade.

Now climate change and changes to water resources pose a risk, too. All bats need water for basic survival, but some rely on aquatic prey or forage near the surface of water. Many species also roost or select foraging sites near water. And previous research has shown that reproduction declines dramatically during drought. 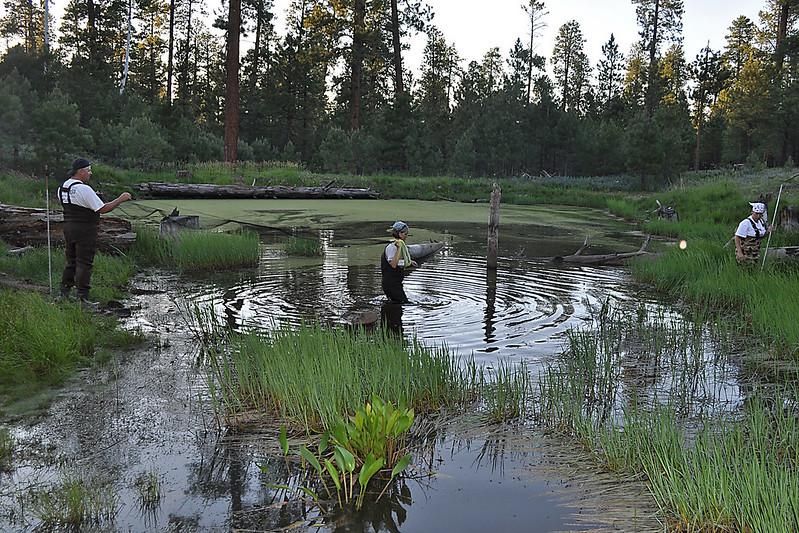 “While many species have evolved to survive in water-limited landscapes, an increase in the frequency, duration and severity of drought conditions may result in conditions too harsh for bat populations to persist, and is a threat to the long-term survival of many bat species,” the researchers wrote.

For about half the species studied, the area with a suitable climate would shrink, they found.

Coastal Europe and North Africa currently support the greatest amount of species richness, but are likely to see the highest number of species needing to leave. In Western North America, the low-elevation regions of the southwest U.S. and Mexico were predicted to lose the most species.

Those that may be able to extend their range to find more suitable climates will need to move fast to keep up with the changing climate. Not surprisingly, bats that are adept at traveling long distances are apt to do better in finding new habitat.

The factors driving these relocations vary by region, too, with temperature being the biggest factor for the Western Palaearctic populations and precipitation changes driving changes for bats in Western North America.

As the planet warms, mountain and coastal areas where things will be cooler are likely to see an influx of species.

Higher-elevation areas are predicted to retain the most species, including the mountains of Portugal, northern Spain, northern Italy, Mexico’s Sierra Madre, and mountainous areas of Arizona and New Mexico. Populations in some coastal areas were also expected to remain suitable, including coastal California and Mexico, and western France and southern England.

But those places could see additional climatic changes, too.

“While our models predict montane and coastal areas in both regions to remain climatically suitable for the majority of bat species it should be noted that these ‘refugia’ may be influenced by additional climate effects such as sea level rise (coastal areas) and increased incidence and severity of wildfires (montane areas),” the researchers wrote. “At the highest emissions scenarios, very few lower latitude areas retained their full complement of species.”

When it comes to shifting ranges, the researchers found that on average, bat species in the Western Palaearctic will have to move farther and faster than those in western North America.

For some species, there won’t be a lot of options.

The study found that 4-6 species in the Western Palaearctic are likely to have little overlap between current and future suitable areas, which could lead to population declines or extinction. Two of them, Mehely’s horseshoe bat (Rhinolophus mehelyi) and the greater noctule bat (Nyctalus lasiopterus), are already identified as vulnerable on the IUCN Red List. In Western North American, 1-3 species face similar concerns, including Myotis thysanodes, which is likely to lose 44% of its range and for which models show population declines of more than 90% by 2086.

Specialized bats that feed on nectar may also face additional threats in a changing climate, including landscape changes from wildfire.

“Additional factors that may determine the ability of bats to remain in landscapes with changing climates or colonize new areas include dispersal barriers, competition between species, prey and food plant availability, roost requirements, habitat fragmentation, disruption of migration phenology and influence of pathogens,” the study showed.

There are some things that can help ensure greater bat conservation success. Areas of refugia and water sources need to be identified — and protected. We also need to continue to strengthen global efforts to protect biodiversity and reduce greenhouse gas emissions, the researchers say.

“Land managers can prioritize conservation and management activities to enhance existing protected areas and promote connectivity between current and future bat habitats,” the authors wrote. “Therefore, a commitment by world governments to significantly reduce carbon emissions should be urgently sought in order to avoid further deterioration of bat communities and the important ecosystem services that they provide.”