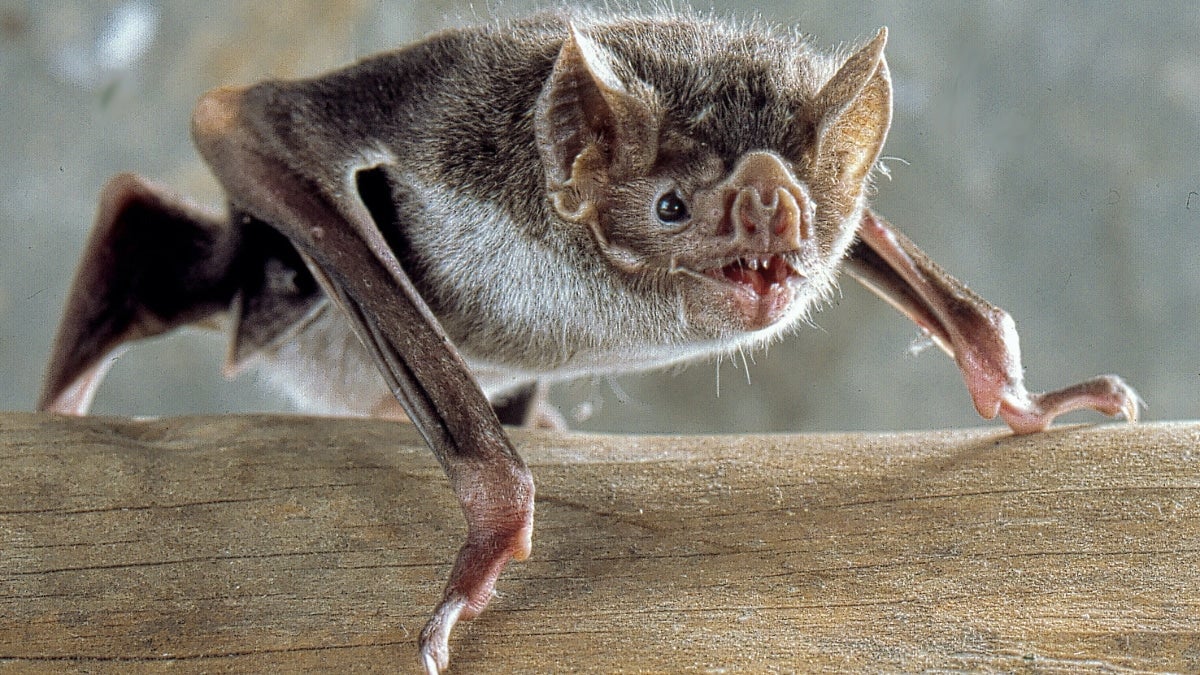 Scientists found that vampire bats in the wild will socially distance when they feel sick, according to a new study published in the journal Behavioral Ecology.

Researchers had noticed that sick bats will practice social distancing in a lab setting, but wanted to know if the same thing happened in the wild. To figure out how sick bats in the wild behaved, researchers captured bats from a hollow tree in Belize and injected them with lipopolysaccharide (LPS). This made the bats feel sick without actually infecting them with a pathogen.

The researchers then affixed sensors to the sick bats and a placebo group to see how they interacted.

“The proximity sensors gave us an amazing new window into how the social behavior of these bats changed from hour to hour and even minute to minute during the course of the day and night, even while they are hidden in the darkness of a hollow tree,” Simon Ripperger, co-lead author of the study and a postdoctoral researcher at The Ohio State University, said in a statement.

The scientists found that the sick bats spent less time with other bats, including those that were more social with others. This distancing effect declined after the sick bats felt better.

Researchers also noticed that the limited interactions were not just because the sick bats were together. The sick bats avoided other sick bats more than they avoided healthy bats in the control group, MarketWatch reported. In general, bats that did not feel well tended to self-isolate. “Sickness behavior can therefore slow the spread of a pathogen that is transmitted at higher probability with higher rates of physical contact (e.g., grooming) or closer proximity,” the study found.

The results confirmed what previous studies had revealed in lab situations where bats injected with LPS “slept more, moved less, engaged in social grooming with fewer partners in a flight cage, spent less time grooming neighboring bats when forced into close association, and produced fewer contact calls that attract affiliated groupmates,” according to the study.

MarketWatch reported how social distancing in the animal world is commonly practiced to control infectious diseases. For example, bees will remove sick colony members and chimpanzees will ostracize other chimps who appear contagious.

Unfortunately for humans, COVID-19 social distancing protocols require avoiding others even when we feel healthy.

“Social distancing during the COVID-19 pandemic, when we feel fine, doesn’t feel particularly normal,” Ripperger said in a statement. “But when we’re sick, it’s common to withdraw a bit and stay in bed longer because we’re exhausted. And that means we’re likely to have fewer social encounters,” he said.

Just like the bats in the study. “And it can be expected that they reduce the spread of disease as a result,” Ripperger added.