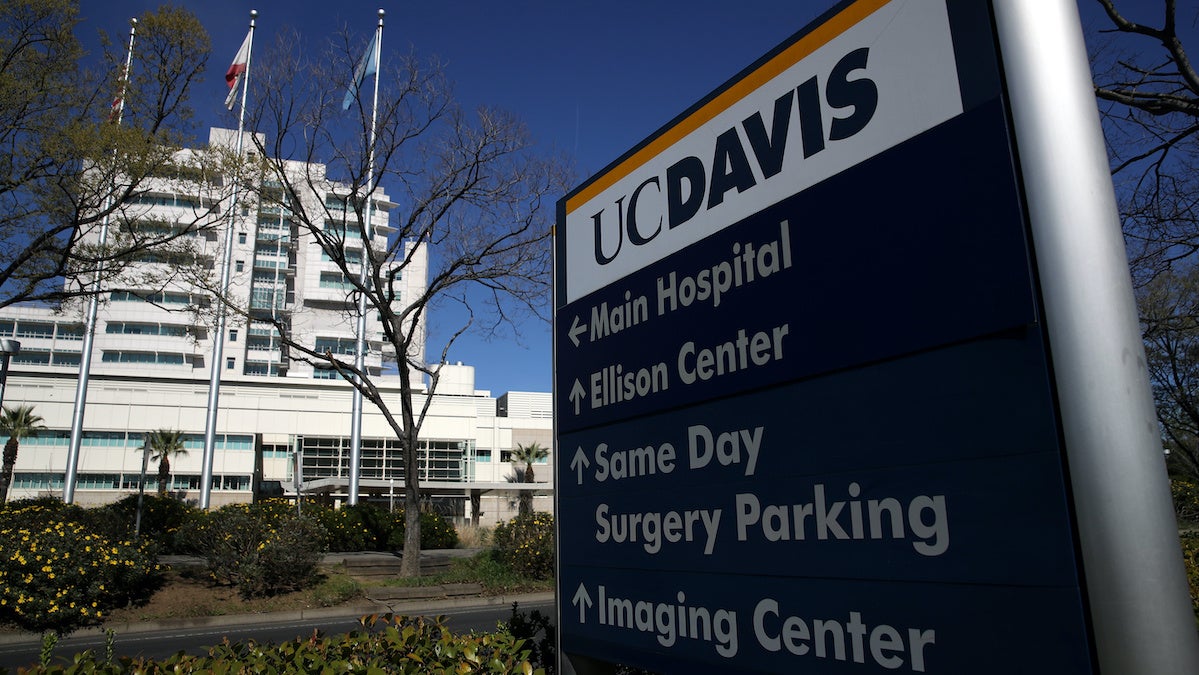 A California resident who is the first confirmed case of the Coronavirus COVID-19 that was "community acquired" has been held in isolation while undergoing treatment at the UC Davis Medical Center in Sacramento, seen here on Feb. 27, 2020. Justin Sullivan / Getty Images

While stipulating that a University of California at Davis medical facility is “generally better prepared and equipped” than most when it comes to dealing with such a situation, National Nurses United — the largest nurses union in the U.S. — warned Friday night that the self-quarantine of 124 healthcare workers there shows the nation’s hospitals remain seriously unprepared for the coronavirus that officials warn is rapidly spreading.

According to the NNU, a single case of coronavirus (also known as COVID-19) — in which a patient was admitted on Feb. 19 — has now resulted in the quarantine of 36 registered nurses and 88 other health care workers at the UC Davis Medical Center, all them now at home in order to limit the risk of further spread.

“These 124 nurses and health care workers, who are needed now more than ever, have instead been sidelined,” the union said in a statement. “Lack of preparedness will create an unsustainable national health care staffing crisis. Nurses view the handling of this COVID-19 case as a system failure and not a success.”

The Washington Post reported Saturday, citing latest figures from the Centers for Disease Control and Prevention, that “four new cases Friday brings the total number of covid-19 cases detected through the U.S. public health system to 19.”

The NNU said its nurses are speaking out now because they are “dedicated to protecting the health and safety of their patients, health care workers, and the public.” It also comes as President Donald Trump, at a rally in South Carolina on Friday night, accused Democrats and others criticizing his administration’s handling of the crisis — of which there are many — of perpetrating a “new hoax” against him.

While it is waiting for more complete results of a survey sent out to nurses in hospitals across the country, the NNU said preliminary responses from 1,000 members in California found:

In addition to the survey, NNU said it has sent letters to the federal Centers for Disease Control to request strengthening its guidelines on COVID-19, and to the California Department of Public Health, Cal-OSHA, and the World Health Organization outlining its concerns and offering recommendations so that nurses, support staff and the public at large are better protected.

The patient was transferred to UC Davis on February 19 from a Northern California hospital. Officials from both hospitals said the patient wasn’t initially tested for the virus because she didn’t meet the existing CDC criteria.
The patient didn’t have any relevant travel history or exposure to another known patient, said Dr. Sara Cody, director of the county’s public health department.
Confirmation that the Solano County woman had contracted the virus came Sunday after UC Davis doctors insisted on testing.

The nurses union said that its members within the UC hospital system over recent weeks had gone to officials, including at Davis, demanding that existing protocols for infectious diseases be put in place but that those requests were not met.

“We know that we can be successful in getting all our hospitals prepared to control the spread of this virus,” said Bonnie Castillo, an RN and NNU’s executive director. “We are committed to working with hospitals and state and federal agencies to be ready. But nurses and health care workers need optimal staffing, equipment, and supplies to do so. This is not the time for hospital chains to cut corners or prioritize their profits. This is the time to go the extra mile and make sure health care workers, patients, and the public are protected at the highest standards.”