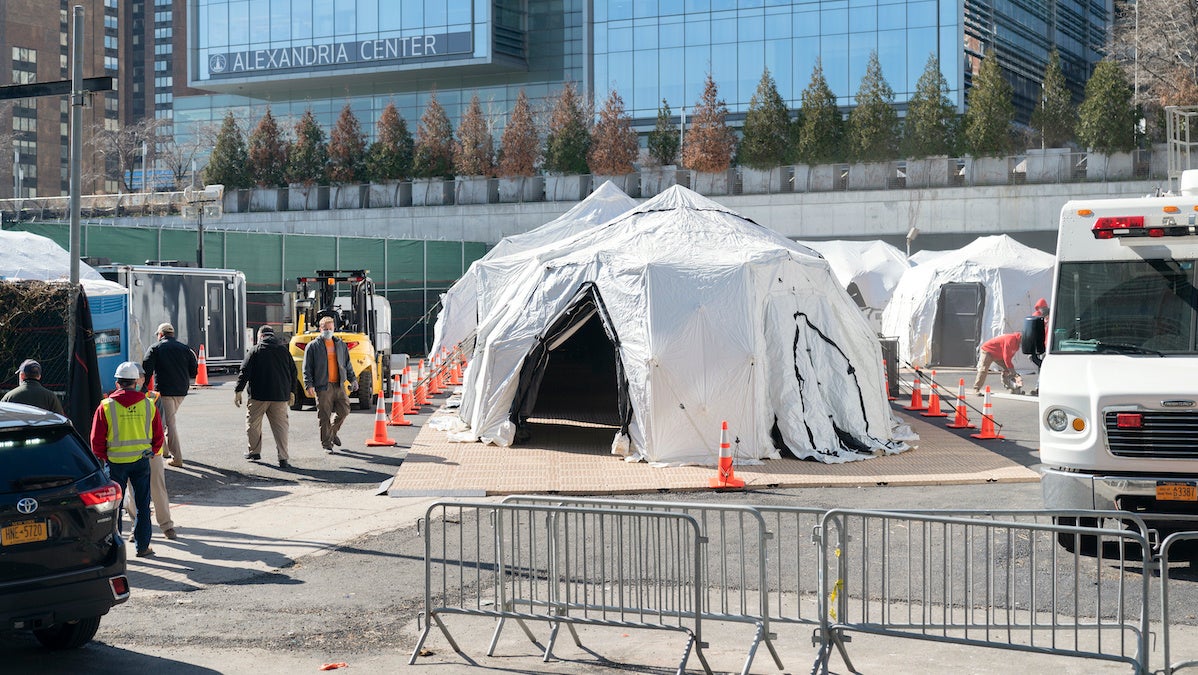 The U.S. passed a grim milestone Thursday when it became the country with the most confirmed cases of the new coronavirus, overtaking both China and Italy.

The new coronavirus has so far infected more than 523,700 people in at least 171 countries worldwide, according to The New York Times’ figures. It has killed nearly 24,000. The U.S. death toll still lags behind that in Italy, Spain and China, which have reported around 8,000, 4,000 and 3,000 deaths respectively.

President Donald Trump responded as the news of the world-leading U.S. caseload broke during a press briefing Thursday by attributing the surge to robust testing for the virus that causes COVID-19.

“It’s a tribute to the amount of testing that we’re doing,” Trump told reporters, as The Guardian reported. “We’re doing tremendous testing, and I’m sure you’re not able to tell what China is testing or not testing. I think that’s a little hard.”

But public health experts say the surge in U.S. cases could have been avoided if the administration had responded more effectively when the disease first emerged. Even before the outbreak, the Trump administration had cut funding for public health and disease response agencies and dismantled the National Security Council team in charge of pandemic response. Once the outbreak began, the Centers for Disease Control and Prevention (CDC) was criticized for rolling out ineffective tests and setting up extremely narrow criteria for who could be tested.

“This could have been stopped by implementing testing and surveillance much earlier — for example, when the first imported cases were identified,” Columbia University virologist Angela Rasmussen told The New York Times. “If these are the cases we’ve confirmed, how many cases are we still missing?”

Those failures have taken a toll on the health and daily lives of people across the U.S. In New York City, the U.S. epicenter of the outbreak, more people died on Wednesday of the new disease than Americans killed in the war in Afghanistan in the last five years, The Independent reported.

Hospitals in the city are overwhelmed and are around 90,000 beds short of what it is predicted they will need, according to Sky News.

“It’s hell, biblical. I kid you not,” Dr. Steve Kasspidis, who works at Mount Sinai Hospital in Queens, told Sky. “People come in, they get intubated, they die, the cycle repeats. The system is overwhelmed all over the place.”

Outside of the hospitals, daily life has ground to a halt in many places. Twenty-one states have told residents to stay at home, according to BBC News. The subsequent economic disruption has meant that a record 3.3 million Americans filed for unemployment last week, The Guardian reported Thursday. That’s a jump of almost three million compared to the 281,000 applications filed the week before, the largest week-long jump in history.

Trump has said he wanted to get the country back to work by Easter Sunday, April 12, but this approach has been criticized as ignoring scientific advice for how to reduce infections, CNN’s Stephen Collinson pointed out.

“If the White House were to relax the social distancing measures ‘soon,’ well ahead of the necessary timeline to have a significant impact on our view, it would raise the risk of increasing the peak or delaying the time to peak,” a report issued Tuesday by investment bank Morgan Stanley warned.

Still, the U.S.’s new role as disease epicenter hasn’t stopped Trump from touting a return to work in the near future.

He said any return would still accommodate social distancing measures and promised more details next week.

Meanwhile, Keller of Johns Hopkins told The New York Times what the country had to do now that it had failed to prevent the spread of the disease.

“Now, all we can do is to slow the transmission as much as possible by hunkering down in our houses while, as a country, we ramp up production of personal protective equipment, materials needed for testing, and ventilators,” she said.