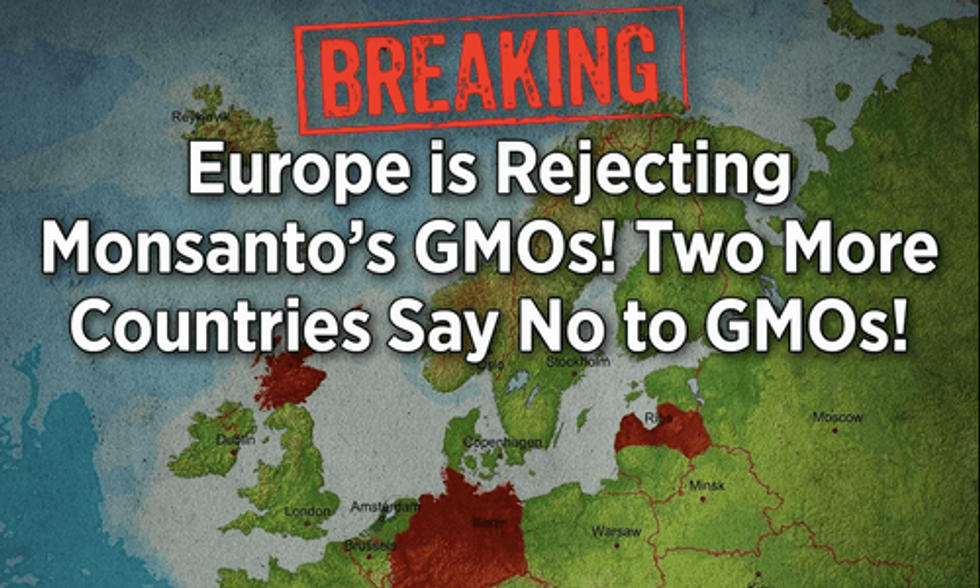 Lativia and Greece have chosen the "opt-out" clause of a European Union rule passed in March that allows member countries to abstain from growing GM crops, even if they are authorized by the EU. Scotland and Germany also made headlines in recent weeks for seeking a similar ban on GMOs.

According to Reuters, in many European countries, there is widespread criticism against the agribusiness giant's pest-resistant crops, claiming that GM-cultivation threatens biodiversity.

Monsanto said it would abide by Latvia's and Greece's request to not grow the crops. The company, however, accused the two countries of ignoring science and refusing GMOs out of "arbitrary political grounds."

In a statement, Monsanto said that the move from the two countries "contradicts and undermines the scientific consensus on the safety of MON810."

Monsanto also told Reuters that since the growth of GM-crops in Europe is so small, the opt-outs will not affect their business.

"Nevertheless," the company continued, "we regret that some countries are deviating from a science-based approach to innovation in agriculture and have elected to prohibit the cultivation of a successful GM product on arbitrary political grounds."

According to NewsWire, the EU's opt-out clause "directly confronts U.S. free trade deal supported by EU, under which the Union should open its doors widely for the US GM industry."

In a statement on Thursday, the European Commission confirmed its zero-tolerance policy against non-authorized GM products. The commission said that it's also consulting with the European Food Safety Authority (EFSA) in order to answer "a scientific question" on GMO crops that's unrelated to trade negotiations with the U.S. The EFSA announced that it would release a scientific opinion on the question by the end of 2017.

The environmental group, Friends of the Earth Europe, however, has accused the European Commission of "bowing to pressure from large biotech companies to minimize the level of health and safety checks on imports" of GM crops.

"The Commission is working behind closed doors to undermine rules that guarantee Europe's food is GM-free," said Mute Schimpf, a Friends of the Earth Europe food campaigner, said in a statement. "They're bowing to pressure from big biotech companies who want to bring GM-crops through the backdoor as part of the EU-U.S. trade deal."

The group cites a leaked letter suggesting that the European Commission has asked the EFSA to explore bypassing food safety checks in the case of GM-imports.

"Undermining current food safety laws would mean the food on our plates could be contaminated with GMOs and we'd never know," Schimpf continued. "It would have severe consequences for the food sector—low-level contamination could not be traced and products could never be guaranteed GM-free."