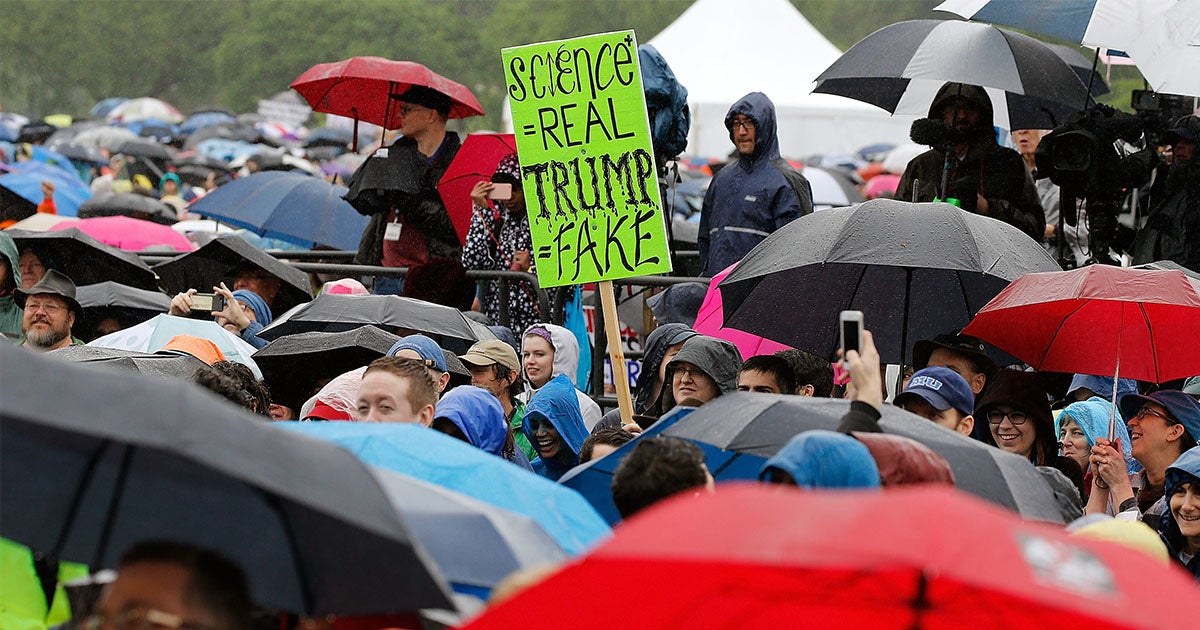 A coalition of watchdog and advocacy organizations on Thursday released a new report detailing the Trump administration’s nearly two-year war on science and how Congress can fight back.

Produced by 16 groups including the Union of Concerned Scientists (UCS), Defenders of Wildlife and Greenpeace, Protecting Science at Federal Agencies: How Congress Can Help argues that while “scientific integrity at federal agencies has eroded” under President Donald Trump, “Congress has the power to halt and repair damage from federal agencies’ current disregard for scientific evidence.”

“It’s so impressive,” UCS’s Michael Halpern wrote in a blog post on Thursday, “that all of these organizations with desperate interests have come together because they recognize the harm Trump administration actions have had on topics as diverse as workplace injuries, reproductive health, the Census, chemical contamination, tipped workers, endangered species, climate change, and air pollution.”

As the report notes, “Federally sponsored scientific research and technology development have brought us the ability to explore outer space, convert sunlight into electricity, build super-computers, predict weather patterns, manufacture self-driving vehicles and use assisted reproductive technologies to give birth.”

However, it continues, “when political interference occurs—such as politically motivated censorship, misrepresentation of scientific findings, or the suppression of the free flow of information from the government to the public—public health and well-being suffer.”

To battle the administration’s attacks on science, the report calls on federal legislators to pass protective laws as well as reveal abuses of scientific integrity and increase accountability for political appointees by holding hearings, requesting investigations and utilizing congressional subpoena authority.

From the U.S. Environmental Protection Agency (EPA) and Federal Emergency Management Agency (FEMA) to the National Park Service (NPS) and the Occupational Safety and Health Administration (OSHA), the report points to examples of bad behavior across the federal government to identify six broad issues, and offers suggestions for tackling them.

1. Politicization of Science Within Agencies

“In several recent proposed rules, agencies have failed to uphold their responsibilities to consider relevant evidence and provide the public with necessary information,” the report points out. To combat this, it suggests not only hearings, probes and subpoenas, but also using the appropriations process to ensure that funds are spent as intended, and considering whether political appointees have a history of undermining science.

Acknowledging the administration’s efforts to hamstring the president’s science adviser, the White House Office of Science and Technology Policy, the President’s Council on Science and Technology and advisory committees across federal agencies, the report calls for hearings and probes as well as legislation to close loopholes in the Federal Advisory Committee Act.

Considering that “the current administration has filled several key cabinet positions with individuals who lack the bare minimum of relevant and appropriate qualifications,” the report demands that senators use their constitutional advise and consent power to block unqualified candidates. It also recommends various pieces of legislation that aim to improve the hiring processes for civil servants.

“Political appointees are increasingly censoring and suppressing scientific information, as well as deterring federal scientists from communicating openly with the public and the press,” the report warns, imploring members of Congress to strengthen and pass the Science Integrity Act and improve protections for whistleblowers.

The chapter dedicated to whistleblowers explains that “reprisal for whistleblowing unfortunately is real, despite the fact that whistleblowers are often the best, and sometimes the only, pathway toward holding government institutions accountable, ensuring regulatory compliance, and protecting the public’s interest.” Warning against “whistleblower witch hunts,” it outlines ways in which lawmakers can enhance protections.

6. A Low-Information Approach to Enforcement

Although federal agencies are charged with enforcing laws enacted by Congress, the report notes that some “appear to be taking a low-information approach to enforcement: They are both weakening measures that would allow them to collect appropriate information about compliance and ignoring information they have, adopting seemingly willful blindness to violations.”

The report urges lawmakers to “hold oversight hearings and initiate inquiries when a regulatory agency rolls back reporting requirements that advance transparency or displays a substantial drop in penalties or enforcement units.”