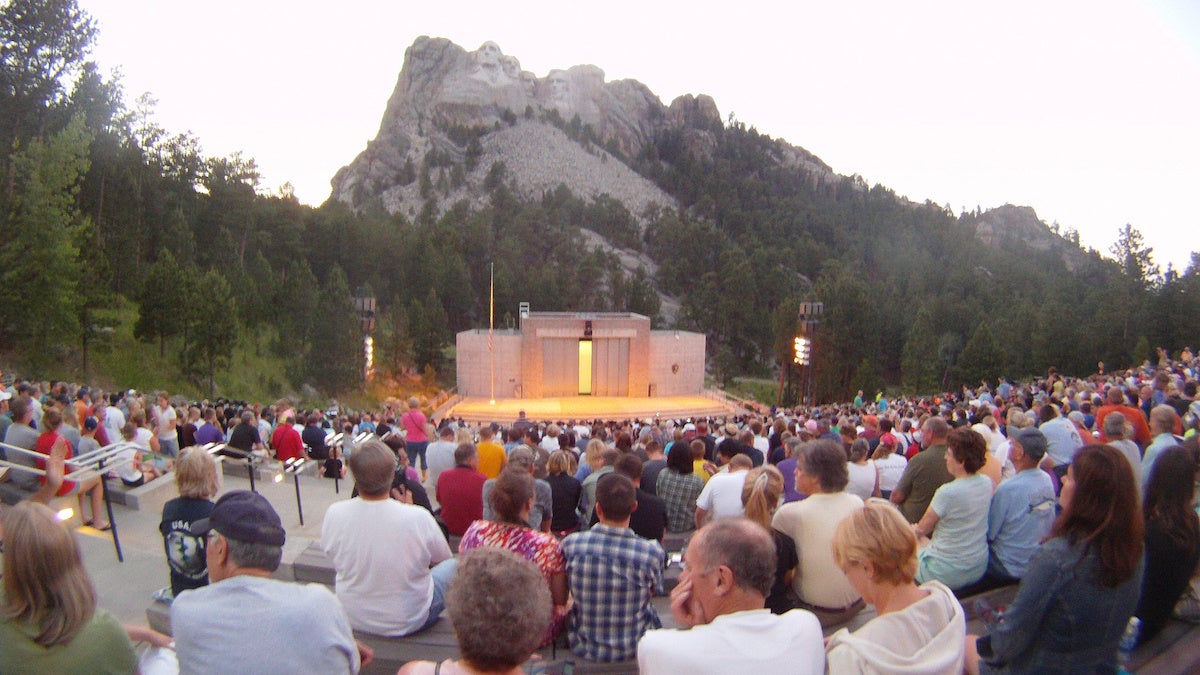 Fire experts have already criticized President Trump‘s planned fireworks event for this Friday at Mt. Rushmore National Memorial as a dangerous idea. Now, it turns out the event may be socially irresponsible too as distancing guidelines and mask wearing will not be enforced at the event, according to CNN.

The fireworks event at the iconic monument in South Dakota will be the first in more than a decade, and it will bring together thousands of supporters who will be crammed together in a fenced-in area for a view of the display. The event is happening as coronavirus cases are surging across the country, amidst a drought in South Dakota that makes the surrounding trees flammable, and during a national conversation about rethinking monuments with racist histories.

South Dakota’s Republican Governor Kristi Noem said the people who attend the celebration will be asked to choose their own comfort level with social distancing and mask wearing. While masks will be handed out to anyone who wants them, they will not be required, according to NBC News.

“We will have a large event at July 3rd. We told those folks that have concerns that they can stay home, but those who want to come and join us, we’ll be giving out free face masks, if they choose to wear one. But we will not be social distancing,” Noem said on Fox News on Monday night, as NBC News reported. “We’re asking them to come, be ready to celebrate, to enjoy the freedoms and the liberties that we have in this country.”

She added that state officials have asked the people of South Dakota to practice personal responsibility. “Every one of them has the opportunity to make a decision that they’re comfortable with,” she said, as NBC News reported.

The unwillingness to mandate that people follow CDC guidelines and practice social distancing has drawn criticism from the Native American community, which has suffered disproportionately from the coronavirus. Several groups led by Native American activists are planning protests for Trump’s visit on Friday.

“Trump coming here is a safety concern not just for my people inside and outside the reservation, but for people in the Great Plains. We have such limited resources in Black Hills, and we’re already seeing infections rising,” said Oglala Sioux President Julian Bear Runner in an interview with The Guardian.

“It’s going to cause an uproar if he comes here. People are going to want to exercise their First Amendment rights to protest and we do not want to see anyone get hurt or the lands be destroyed,” added Bear Runner.

Mt. Rushmore, which is carved into the Black Hills Forest, is still considered sacred land by the Sioux. Its construction and the visit from the U.S. president stand in clear violation of treaties that the Sioux people signed with the U.S. government, according to Bear Runner.

The land was granted to the Sioux in perpetuity, but the U.S. reneged on the deal when gold was discovered in the Black Hills in the late 1800s.

“The lands on which that mountain is carved and the lands he’s about to visit belong to the Great Sioux nation under a treaty signed in 1851 and the Fort Laramie Treaty of 1868 and I have to tell him he doesn’t have permission from its original sovereign owners to enter the territory at this time,” Bear Runner told The Guardian.

Trump, who has repeatedly refused to wear a face mask and encouraged states to reopen early before the virus was under control, tends to provoke the same behavior in his fans. The refusal to mandate social distancing guidelines stands in stark contrast to South Dakota’s Department of Health website, which says that in order to avoid the illness, people should “avoid close contact with people … stay at home as much as possible,” and “put distance between yourself and other people.” It also says, “everyone should wear a cloth face cover when they have to go out in public,” as NBC News reported.

Asked to reconcile the difference between the governor of South Dakota and the guidelines from the CDC and the states’ health department, Noem spokesman Ian Fury told CNN, “We’re not anticipating that folks will be maintaining six feet of social distancing. We are encouraging attendees to follow CDC guidelines, extensive safety signage will be posted at the event, and masks will be available, but attendees will be exercising their personal responsibility in choosing to attend.”