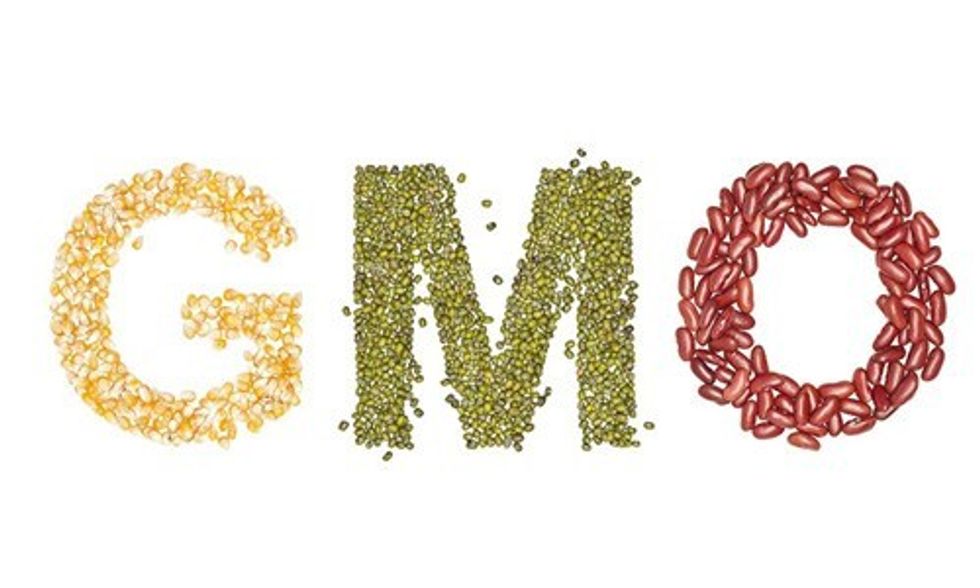 As the vitriol intensifies in what passes for debate over the safety of genetically modified foods, scientific inquiry, thankfully, continues. A Tufts researcher, Sheldon Krimsky, recently published his assessment of the last seven years of peer-reviewed evidence, finding 26 studies that “reported adverse effects or uncertainties of GMOs fed to animals.”

If recent history is any indication, Sheldon Krimsky should expect to be slammed as a “science denier.”

The current vehemence is the product of a well-funded campaign to “depolarize” the GMO debate through “improved agricultural biotechnology communication,” in the words of the Gates Foundation-funded Cornell Alliance for Science. And it is reaching a crescendo because of the march of the Orwellian “Safe and Accurate Food Labeling Act of 2015” (code-named “SAFE” for easy and confusing reference) through the U.S. House of Representatives on July 23 on its way to a Senate showdown in the fall.

In an April New York Times op-ed, Alliance for Science affiliate Mark Lynas follows the party line, accusing environmentalists of “undermining public understanding of science,” even more than climate deniers and vaccine opponents. Slate’s William Saletan goes further in his July feature, calling those who want GMO labeling “an army of quacks and pseudo-environmentalists waging a leftist war on science.”

Who would have known that depolarization could feel so polarizing—and so stifling of scientific inquiry.

Precaution and the Public’s Right to Know What We Eat

The SAFE law sounds like it promises what polls suggest 99 percent of Americans want, accurate labeling of foods with GMO ingredients. It likely guarantees that no such thing will ever happen.

Backed by biotech and food industry associations, SAFE would make it illegal for states to enact mandatory GMO labeling laws. It would instead establish a “voluntary” GMO labeling program that pretty well eviscerates the demand for the right to know what’s in our food. It would undercut the many state level efforts.

Vermont now has a labeling law that survived industry opposition, threats and a court challenge, which may explain why the industry got busy in Congress. If you can’t beat democracy, change it. The Senate is expected to take up the bill after its August recess.

The biotech industry is acting desperate for a reason. It’s seen Europe and most of the world close its regulatory doors to GMO crops, for now, insisting on the same “precautionary principle” enshrined in the Convention on Biological Diversity and the Cartagena Protocol on Biosafety. That principle calls for a relatively high level of precaution before the introduction of a new technology, to avoid the kinds of unintended consequences that have caused such harm in the past: tobacco, thalidomide, DDT, PCBs and other cases of industry-backed claims of safety that, in retrospect, proved deadly.

Not SAFE for Science

In a sane world that respects scientific inquiry, we would be engaged in a debate about the appropriate levels of precaution that we as a society want for a technology as novel as genetic engineering. That would be constructive, not to mention depolarizing.

Instead, we get pundits like Lynas and Saletan tarring anyone who dares call for precaution with the stain of being another science-denying zealot who ignores the scientific evidence that no one has been harmed by all the GMO foods consumed in the U.S.

To reinforce how duped or dumb the American public is, they point to a Pew Institute poll indicating that 88 percent of scientists think GMO foods are safe, while just 37 percent of the public thinks so. The gap is repeatedly cited as a measure of how science-deniers are winning the public relations battle and how ignorant the U.S. people are on the issue.

Maybe not. Is it really a surprise that nearly nine in ten scientists think a new invention is good for society? Not really. As Joel Achenbach explained in his otherwise good piece on science denial in National Geographic, we all suffer from “confirmation bias,” the tendency to interpret information in ways that confirm our existing beliefs. True enough and guess what group scores high for confirmation bias in favor of new technology? Scientists. Honestly, I’m shocked that 12 percent of scientists think GMO food isn’t safe.

What about that skeptical public? Are they really just ignorant and brainwashed? Or is their confirmation bias perhaps informed by their repeated experiences with big corporations telling them something is safe or good for them and finding out it’s deadly. Who in the U.S. has not lost a family member or friend to smoking-related disease? Given the negligence of U.S. regulatory authorities in accepting industry claims of safety, is the public really so foolish to be skeptical, of both industry and government?

Washington University’s Glenn Stone drove the scientific point home nicely about how long the process of scientific discovery of hazards can be. He documents how DDT was suspected as a cause of breast cancer but studies kept failing to find a link. This is, until 2007, when an intrepid researcher thought to ask if girls exposed to DDT during puberty had a higher risk of breast cancer. More than half a century after they were exposed, she found what no one else had: a five times greater risk in such girls and a significant additional risk in their female children.

On GMOs and labeling, Stone asks if all the evidence is really in just 20 years into this experiment. Are there comparable studies of GMO effects on pregnant or lactating women and developing infants and children? No, there are not.

No Consensus on Food Safety

For those still willing to look past the campaign slogans and slurs, science is still happening. My colleague at Tufts University, Sheldon Krimsky, examined peer-reviewed journal articles from 2008-2014. Contrary to the claims of consensus, he found 26 studies that showed significant cause for concern in animal studies, among many studies that showed no harm.

He identified clear evidence that proteins transferred into the genome of another plant species can generate allergic reactions even when the original transgene did not, a scientific finding that undermines industry claims that the transgenic process creates no instability in the genome. (Scientists even have a name for such a gene: an “intrinsically disordered protein)."

Krimsky found eight reviews of the literature and they showed anything but consensus. Three cited cause for concern from existing animal studies. Two found inadequate evidence of harm that could affect humans, justifying the U.S. government’s principle that if GMO crops are “substantially equivalent” to their non-GMO counterparts, this is adequate to guarantee safety. Three reviews suggested that the evidence base is limited, the types of studies that have been done are inadequate to guarantee safety even if they show no harm and further study and improved testing is warranted.

What about the much-cited consensus among medical and scientific associations? Krimsky found no such agreement, just the same kind of wide variation in opinion, which he usefully ascribes to differing standards, methods and goals, not ignorance or brainwashing.

Krimsky goes out of his way, however, to document the industry-backed campaigns to discredit two scientific studies that found cause for concern and he warns of the anti-science impact such campaigns can have. “When there is a controversy about the risk of a consumer product, instead of denying the existence of certain studies, the negative results should be replicated to see if they hold up to rigorous testing.”

That would have been a refreshing and depolarizing, industry response to the recent World Health Organization finding that Roundup Ready herbicides are a “probable human carcinogen.” Instead of calling for further study to determine safe exposure levels, the industry called out its attack dogs to discredit the study.

Who here is really anti-science?