The Devil Still Has Us Death Dancing at Fukushima 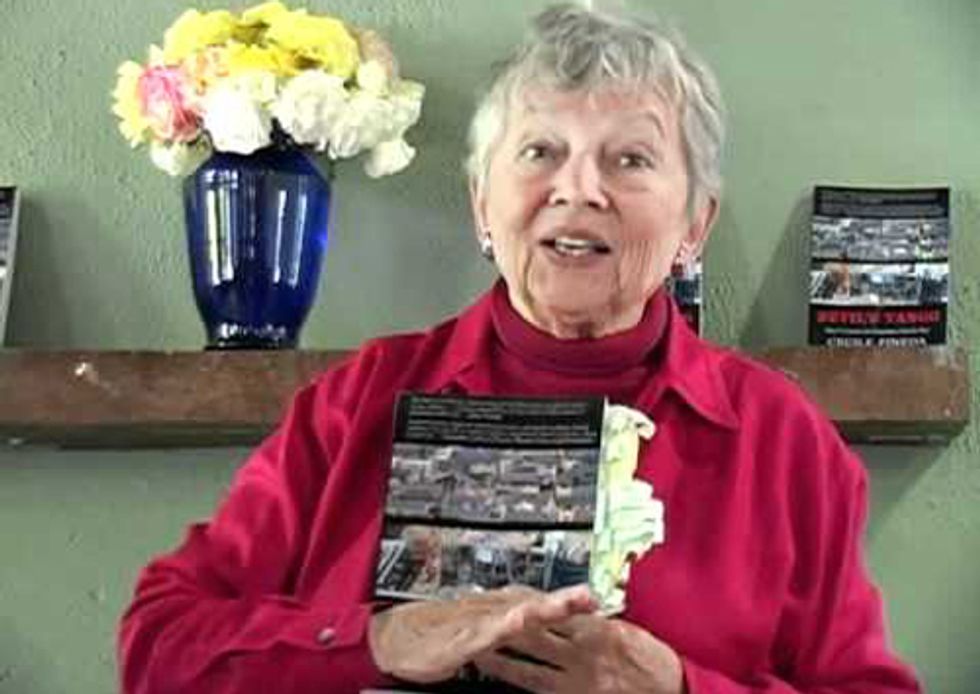 Our lives still hang by a Devil’s thread at Fukushima.

The molten cores at Units 1, 2 and 3 have threatened all life on Earth. The flood of liquid radiation has poisoned the Pacific. Fukushima’s cesium and other airborne emissions have already dwarfed Three Mile Island, Chernobyl and all nuclear explosions including Hiroshima and Nagasaki.

Children throughout Japan carry radioactive burdens in their thyroids and throughout their bodies. Hot spots in Tokyo demand evacuation. Radioactive tuna has been caught off San Diego. Fallout carried across the Pacific may have caused spikes in cancer and infant mortality rates here in the U.S.

And yet, 16 months later, the worst may be yet to come. No matter where we are on this planet, our lives are still threatened every day by a Unit 4 fuel pool left hanging 100 feet in the air. At any moment, an earthquake we all know is coming could send that pool crashing to the ground.

If that happens—and it could as you read this—the radiation spewed into the atmosphere could impact every living being on Earth. And that certainly includes you.

Cecile Pineda lays it all out in her brilliant new Devil's Tango: How I Learned the Fukushima Step by Step. (Wings Press: San Antonio)

With poetic fury, Cecile rages in satanic detail about how Fukushima was built despite volumes of whistleblower testimony underscoring its fatal flaws. But after agreeing with proof that the GE designs were patently insane, Nuclear Regulatory Commission Chair Joseph Hendrie approved them anyway because doing otherwise would have killed the nuclear industry.

There are 23 of these Mark I monsters in the U.S. alone, far more worldwide. Pineda’s passionate prose runs the gamut from detailed technical critiques to heart-wrenching dirges about the birth defects and malformations imposed on countless downwind victims.

One reads with horror Cecile’s descriptions of hundreds of horribly deformed children of Chernobyl. In three towns near Fukushima, nearly half the youngsters already suffer from low-level thyroid exposure.

In Iraq and Bosnia, Pineda writes, vaporized depleted uranium shells have carpeted the countryside with radioactive powder. According to the International Journal of Environmental Research and Public Health, children born at Falluja were eleven times as likely to suffer from "neural tube defects affecting the brain or lower extremities, with cardiac or skeletal abnormalities, or with cancers." As elsewhere in Iraq, and in Bosnia, premature births, spontaneous abortions and birth defects have become a plague.

Cecile Pineda lays it all out in her brilliant new book Devil's Tango: How I Learned the Fukushima Step by Step.

Some uranium by-products can kill for 4.5 billion years—a common estimate for the lifespan of the Earth itself. Pineda takes us on a tragic tour of other facilities with radioactive burdens, including nuclear waste dumps, weapons factories and power reactors.

But nothing quite matches Fukushima and how it threatens us today. Astonishing as it may seem, the GE Mark I design includes waste storage pools perched 100 feet in the air. Around the world, thousands of tons of the most radioactive substances ever created are swung out of reactor cores and into these "swimming pools" to sit for months or years, suspended in air.

The presumption has been that they would somehow be removed and shipped to a central repository. But nowhere has one been approved. Nor has anyone devised a safe way to get the rods there if one is.

Experts like Robert Alvarez are begging that Fukushima’s rods be removed to dry casks where they might be out of immediate harm’s way.

But at Unit 4, more than 1,500 rods remain suspended in air. Called "a bathtub on the roof" by CNN anchor Jon King, the damaged pool teeters atop a building decimated by seismic shocks and at least one hydrogen explosion. The question is not if, but when it will come crashing down.

Thus far, TEPCO has removed just two rods, and says it won’t get the rest until late next year.

Meanwhile, we are all hostage. Devil's Tango provides ample evidence that the Fukushima disaster was caused primarily by the earthquake of March 11, 2011. The tsunami that followed made things worse. But the atomic reactors there and around the world remain far more vulnerable to seismic shocks than their builders want us to know. This means Indian Point, New York; Diablo Canyon and San Onofre, California; in Virginia, Ohio, South Carolina and virtually everywhere else these reactors sit.

All these reactors—including virtually every one in Japan—could be destroyed by shock waves like those that took down Fukushima.

Cecile Pineda makes it passionately clear that our species has no more pressing priority than to get those fuel rods out of the Fukushima 4 pool and onto the ground before another earthquake does it for us.

The only way out is a switch to Solartopia, to a world based on technologies that will end forever this death dance that is atomic energy.

Meanwhile, as those rods still sway above Fukushima, the Devil’s Tango has us right at the brink of a hellish world of radioactive hurt.