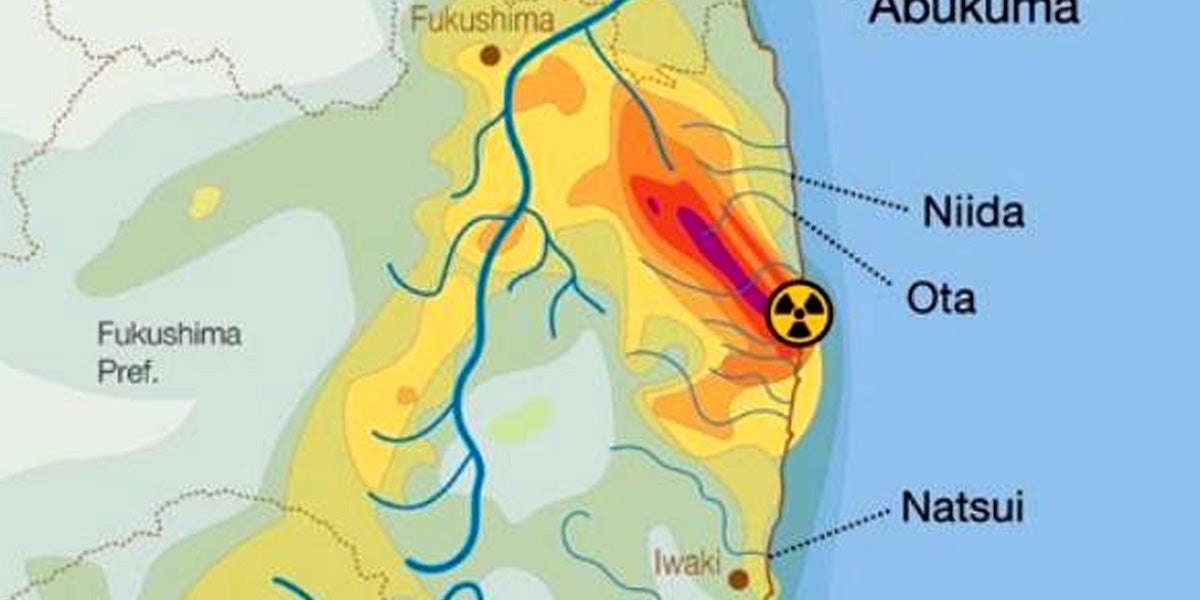 Radioactive contamination in the seabed off the Fukushima coast is hundreds of times above pre-2011 levels, while contamination in local rivers is up to 200 times higher than ocean sediment, according to results from Greenpeace Japan survey work released Thursday.

“The extremely high levels of radioactivity we found along the river systems highlights the enormity and longevity of both the environmental contamination and the public health risks resulting from the Fukushima disaster,” Ai Kashiwagi, energy campaigner at Greenpeace Japan, said. 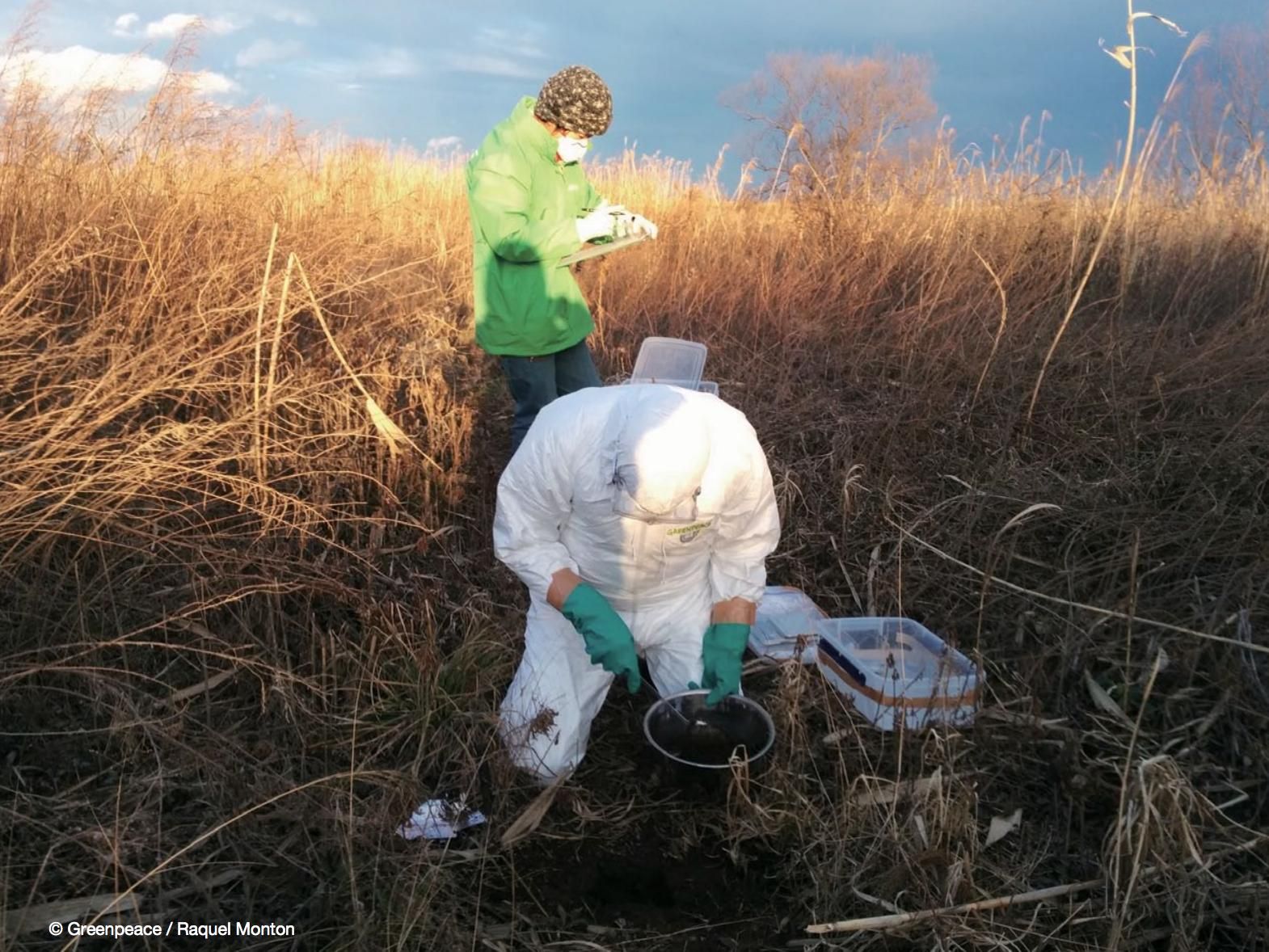 “These river samples were taken in areas where the Abe government is stating it is safe for people to live. But the results show there is no return to normal after this nuclear catastrophe,” said Kashiwagi.

Riverbank sediment samples taken along the Niida River in Minami Soma, measured as high as 29,800 Bq/kg for radiocaesium (Cs-134 and 137). The Niida samples were taken where there are no restrictions on people living, as were other river samples. At the estuary of the Abukuma River in Miyagi prefecture, which lies more than 90km north of the Fukushima Daiichi plant, levels measured in sediment samples were as high as 6,500 Bq/kg.

The lifting of evacuation orders in March 2017 for areas that remain highly contaminated is a looming human rights crisis and cannot be permitted to stand. The vast expanses of contaminated forests and freshwater systems will remain a perennial source of radioactivity for the foreseeable future, as these ecosystems cannot simply be decontaminated.

Caesium-137 has a half life of 30 years and will continue to pose a risks to the the environment and human health for hundreds of years. Cs-137 contamination in seabed samples near the Fukushima plant was measured at up to 120 Bq/kg – compared to levels pre-2011 of 0.3 Bq/kg. Further, the levels of contamination found 60km south of the Fukushima Daiichi nuclear plant were comparable with those found within 4km of the plant. Numerous marine science investigations, have concluded that these higher levels are one explanation for some marine species still showing higher cesium levels than the background levels in seawater. 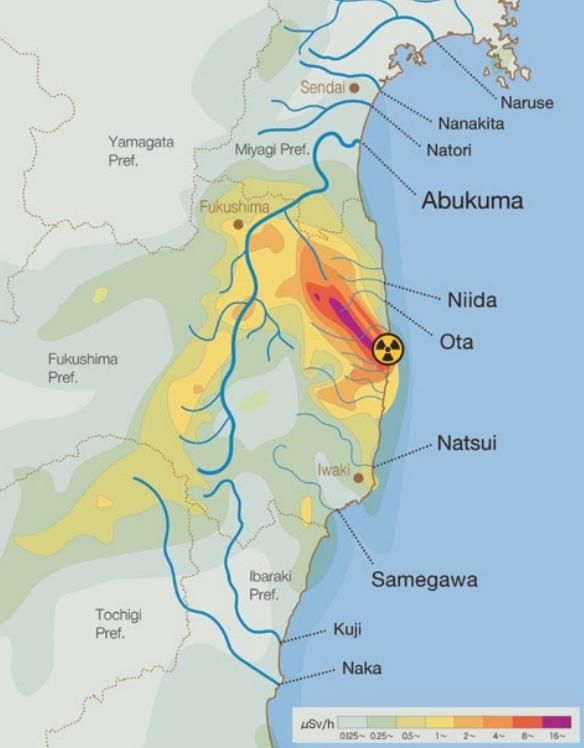 “The radiation levels in the sediment off the coast of Fukushima are low compared to land contamination, which is what we expected and consistent with other research,” Kendra Ulrich, senior global energy campaigner at Greenpeace Japan, said. “The sheer size of the Pacific Ocean combined with powerful complex currents means the largest single release of radioactivity into the marine environment has led to the widespread dispersal of contamination.”

Most of the radioactivity in Fukushima Daiichi reactor units 1-3 core fuel in March 2011 remains at the site.

“The scientific community must receive all necessary support to continue their research into the impacts of this disaster,” Ulrich said.

“In addition to the ongoing contamination from forests and rivers, the vast amount of radioactivity onsite at the destroyed nuclear plant remains one of the greatest nuclear threats to Fukushima coastal communities and the Pacific Ocean. The hundreds of thousands of tonnes of highly contaminated water, the apparent failure of the ice wall to reduce groundwater contamination and the unprecedented challenge of three molten reactor cores all add up to a nuclear crisis that is far from over.”

A radiation survey team onboard the research vessel Asakaze, supported by the Greenpeace flagship Rainbow Warrior, conducted underwater survey work along the Fukushima coastline from Feb. 21 to March 11 this year, as well collecting samples in river systems. The samples were measured at an independent laboratory in Tokyo.