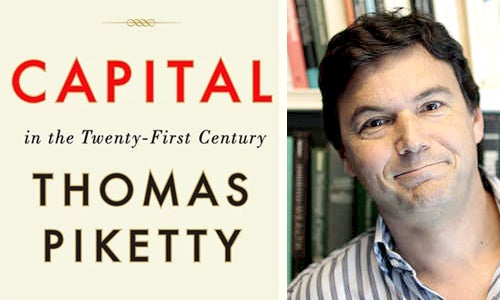 It is instructive to observe the reaction to the Piketty phenomenon—a 700-page treatise on political economy that became an overnight Amazon bestseller deserving, according to Larry Summers, of a Nobel Prize. It is similarly instructive to note the spectacle of the viral Russell Brand interview with the BBC’s Jeremy Paxman in which Brand pretty much shreds Paxman and calls for revolution. I can’t claim to have actually read Piketty’s tome, but I’ve read a lot of the reviews, and I have watched the Russell Brand video. Regardless of where you come down on their arguments, the response to Piketty’s book and the wide appeal of Brand’s rant taken together tell us that trouble is brewing. 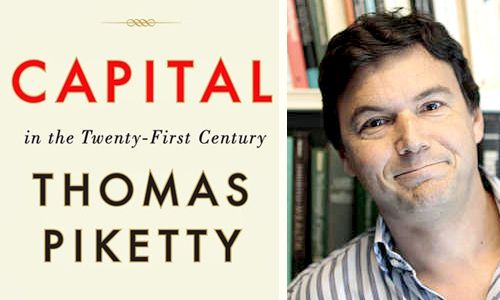 It is an assumption that is based on the flawed theory, in direct conflict with the laws (not theories) of thermodynamics, that the economy is somehow separate and apart from the biosphere. How is it that we continue to ignore the expanding literature on this obvious contradiction, even as accelerating climate change events are now everyday front-page news?

However, the trouble is far deeper than what the media is currently hyping. While it is true that the long-term dynamics of unequal wealth distribution are indeed unsustainable and unconscionable as Piketty highlights in Capital in the 21st Century, a reality much less obvious, and yet more “terrifying” (to use a Piketty expression) is buried in the data of those 700 pages.

In the concluding section of his book, Piketty calls r > g the “central contradiction of capitalism,” where r is the return on capital invested and g is the economy’s growth rate. The latter, Piketty suggests, is what determines wage growth rates. The central contradiction, he elaborates, is that since returns to capital exceed returns to labor is hard-wired into the system, so too is rising inequality, absent wars or depressions.

I for one fail to see how this is the “central contradiction of capitalism.” Piketty’s discovery, out of his exhaustive search and analysis of the data, is that Nobel prize winning economist Simon Kuznets and his hypothesis of a “Kuznets Curve” was wrong. Income inequality does not, Piketty asserts, first increase as a country develops and then reverse course and decline along some inverted U-shaped curve as Kuznets suggested.

Turns out “the rich just keep getting richer” after all.

Has this ever really been a subject for serious debate? Nothing in my adult experience on Wall Street and the decade since contradicts the “rich get richer” hypothesis. But the story goes beyond r > g. For example, Marisa Meyer’s $200mm worth of stock options value (thank you, Dan Loeb, thank you, Alibaba, sorry Yahoo! shareholders) on no initial investment and little tangible progress turning around the operations of Yahoo! is another important part of the story.

I’m delighted to see Piketty reinvigorate the serious discussion on inequality that the Occupy Movement began but didn’t know what to do with. But as is typical of mainstream economists of all political stripes, Piketty misses the true contradiction of capitalism (and socialism for that matter), which is the assumption that exponential growth can continue forever on a finite planet. It is an assumption that is based on the flawed theory, in direct conflict with the laws (not theories) of thermodynamics, that the economy is somehow separate and apart from the biosphere. How is it that we continue to ignore the expanding literature on this obvious contradiction, even as accelerating climate change events are now everyday front-page news?

Actually, Piketty unwittingly and indirectly helps to illuminate that fundamental contradiction in a chart that reports the concentration of “slave capital” in the south when slave labor was the “energy source” that powered that region’s dominant agricultural economy. 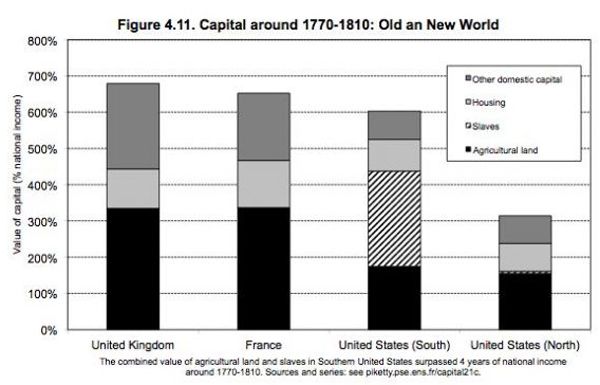 According to Piketty’s data, it was neither land nor financial capital but slave capital that comprised the largest share of all wealth, a stunning 40 percent of it. Not surprisingly, that wealth was highly concentrated. If we ignore for the moment the obvious ethical implications of what Piketty’s chart reveals—inequality driven to its most violent extreme—we see through to another deeply troubling revelation. Just as the growth of the South’s agricultural economy rested on the exploitation of slave capital, as if there would be no negative consequences to the health of the whole, so our current economy’s exponential growth depends upon our exploitation of fossil fuel assets and the over taxing of the Earth’s resources and waste sinks as if there would be no consequences to the health of the whole. The former violated the requirements of a healthy social system; the latter violates the requirements of a healthy planet.

Fossil fuel assets, in particular, are the modern day equivalent of slave capital. Previously, I estimated that we are facing a $20 Trillion Big Choice, the ethical challenge of our era. The assumption of ever-expanding use and abuse of numerous material resources (including fossil-fuel-based energy), and the overuse and pollution of the Earth’s natural waste sinks as the core operating characteristic of our economic system—this is the real central contradiction of our modern capitalist system.

Facing a loss of 40 percent of their “capital assets,” the South fought a horrific Civil War. It took the immense courage of a moderate Republican president to see our nation through that moral and economic crisis.

Where is our modern day Abe Lincoln?