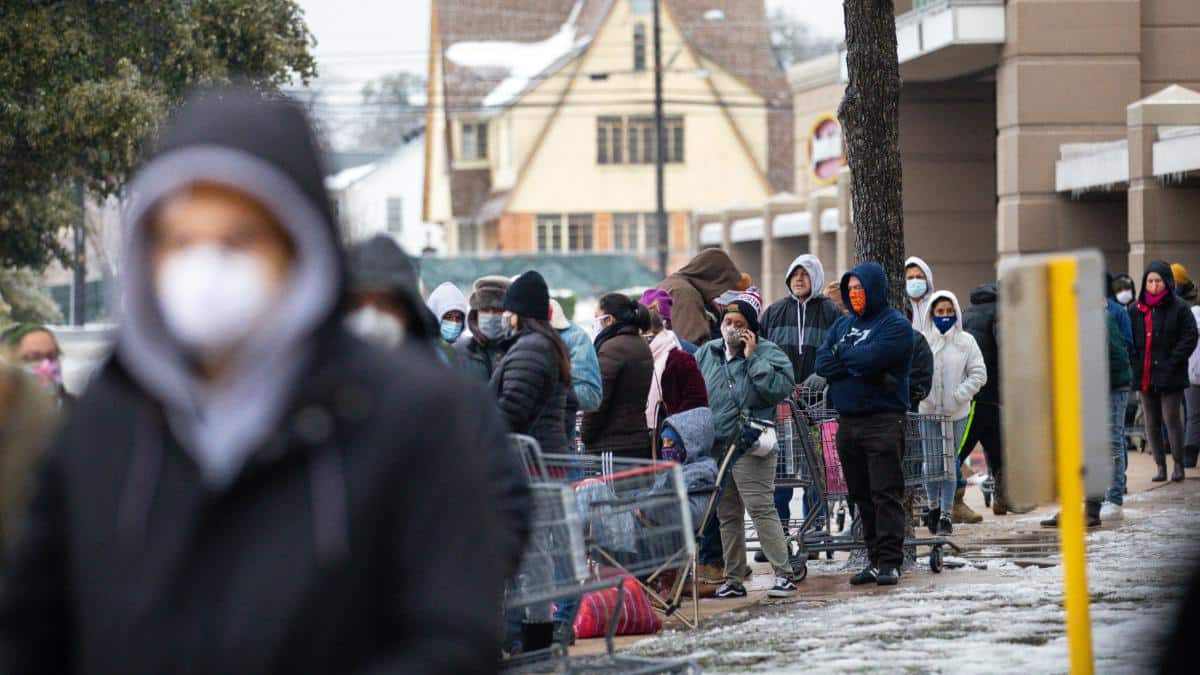 People wait in long lines at an H-E-B grocery store in Austin, Texas on February 17, 2021 as millions of Texans are still without water and power as winter storms continue. Montinique Monroe / Getty Images

As the death toll mounts, secondary effects of the Texas grid failure, driven primarily by the failure of gas, coal, and nuclear plants to handle the cold, are becoming apparent.

At least 16 people are dead and 2.6 million Texas customers were without power as of Wednesday evening.

Gov. Greg Abbott said he did not know when power would be restored and state regulators said as much generation was falling off the grid as was being added on. Food is also becoming scarce as the storm disrupted food distribution systems.

Meanwhile nearly 12 million Texans, approximately 40% of the state’s population and more than the entire population of Michigan, live in one of the state’s 590 public water systems that have reported service disruptions.

That includes St. David’s South Austin Medical Center, which as of Thursday morning still lacked heat because of low water pressure, an issue affecting “a number of other hospitals in the area,” according to its CEO.

Houston residents were expected to be required to boil their water even after pressure is restored — hopefully late Thursday, though more bad weather is expected — and burst pipes caused flooding in Dallas.