More Than 3,500 Turtles Are Rescued From Texas Cold 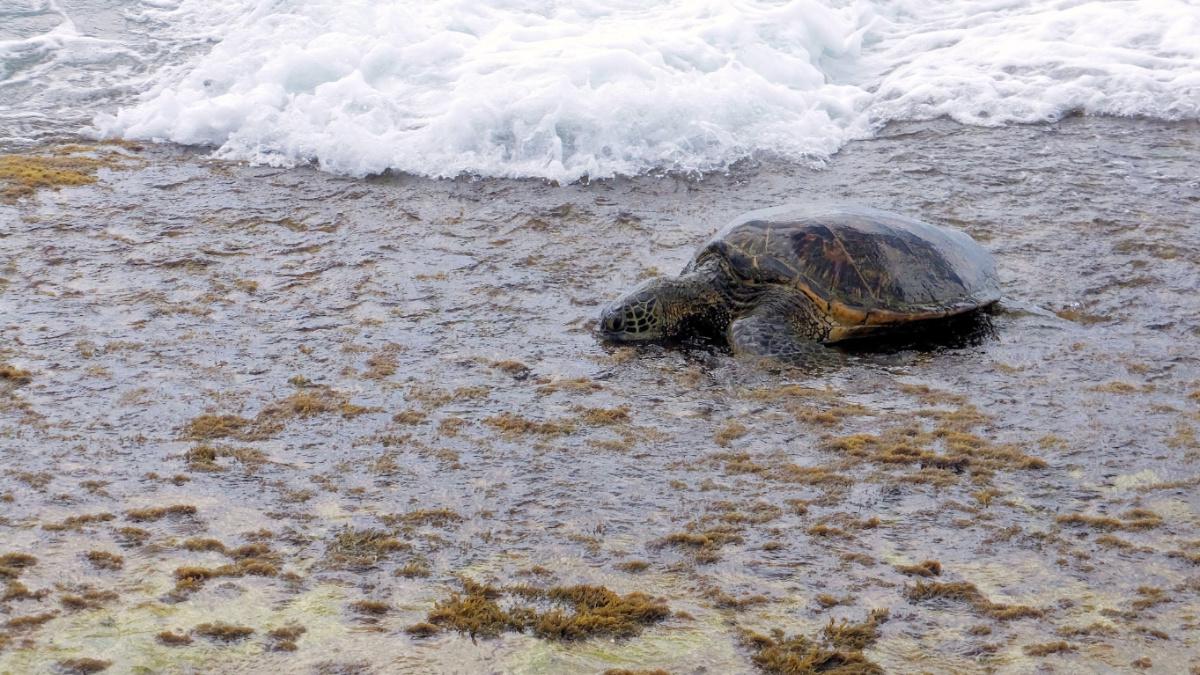 Cold-stunned turtles on South Padre Island in Texas are being rescued during an extreme cold spell. Markus Masataka / Getty Images

The dramatic cold snap that devastated Texas’s power grid also had a major impact on the state’s nonhuman inhabitants.

In particular, the freezing temperatures are cold stunning endangered sea turtles — making them so cold that they lose the ability to swim or feed.

“You could put a cold-stunned turtle in a half an inch of water and they’d drown,” Wendy Knight, executive director of conservation nonprofit Sea Turtle Inc., told The New York Times.

Turtles can become cold stunned when temperatures fall below 50 degrees Fahrenheit, according to The Washington Post. But that is unusual for South Padre Island, a beach town at the southern tip of Texas where Sea Turtle Inc. is located. Usually, volunteers might rescue dozens to hundreds of cold-stunned turtles. But by Tuesday, the group wrote on Facebook that they were caring for more than 2,500 turtles. By late Tuesday, more than 3,500 turtles had been rescued and brought to the town’s convention center, where they were being warmed in kiddie pools and tarps, The Washington Post reported.

The rescue involved a collective effort. Social media posts showed a retiree hauling turtles in the back of her car and Texas Game Wardens lining the deck of their ship with turtles.

My mom is retired, & she spends her winters volunteering at a sea turtle rescue center in south Texas. The cold snap is stunning the local turtles & they’re doing a lot of rescues. She sent me this photo today of the back of her Subaru. It’s *literally* turtles all the way down. pic.twitter.com/xaDRNjLDoQ

“It is a huge, huge community effort,” Gina McLellan, a 71-year-old retired professor and volunteer, told The Washington Post. “We very often don’t even think about the [cold’s] impact on animals, because we’re so worried about our own electricity and water. With this kind of event, it’s a classic display of humanity toward animals.”

However, the turtles currently face the same problem as people: a lack of power. Knight said that Sea Turtle Inc. is still in the dark. The convention center they are using as an overflow space has generators, but sick or injured animals need the heated tanks only their fully powered hospital can provide.

“All of these efforts will be in vain if we do not soon get power restored,” Knight said in a Facebook video, reported HuffPost. “We need our power back on.”

It is also unclear how many of the rescued turtles will ultimately recover, volunteers told The Washington Post. Knight told The New York Times that the cold-stunning event could impact the turtles’ overall population. Five Texas sea turtle species are listed as threatened or endangered, according to the Fish and Wildlife Service.

The turtles aren’t the only ones harmed by the cold spell. At least 23 people have died in the winter storm that froze the south and central U.S., The New York Times reported. More than a dozen dogs were rescued from the cold near Houston, while one was found dead, according to The Washington Post. A chimpanzee, several lemurs and monkeys and many tropical birds died at an animal sanctuary near San Antonio after the facility lost power Monday morning, The San Antonio Express-News reported.

The sanctuary, Primarily Primates, evacuated some of the animals Monday night, but could not save them all.

“I’ve never faced a decision like this,” Executive Director Brooke Chavez told The San Antonio Express-News. “Having to decide who we can save, depending on the predictability of which animals we can catch.”