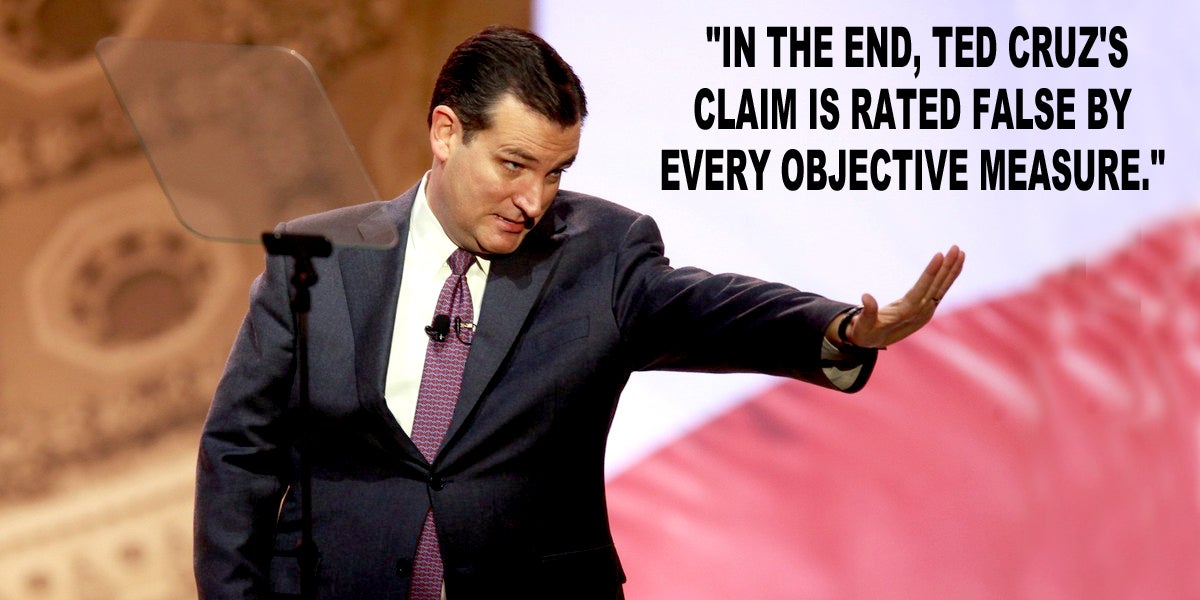 Climate-denying arguments by Ted Cruz at a Senate committee hearing last year have been soundly debunked by a new study published in the Journal of Climate. Testimony at the hearing attacked climate change by using cherry-picked satellite temperature data allegedly inconsistent with global warming. The paper found errors in this analysis that refutes the bogus claims.

In the midst of the Texas senator’s stillborn run for nomination as the Republican presidential candidate, he used his position as chairman of the Subcommittee on Space, Science and Competitiveness to convene a hearing entitled, “Data or Dogma? Promoting Open Inquiry in the Debate over the Magnitude of Human Impact on Earth’s Climate.”Hand-picked witnesses included noted climate skeptics John Christy, Judith Curry, conservative author Mark Steyn and Princeton University’s William Harper. Harper was caught up in a sting operation by Greenpeace last year when he agreed to write a paper that, he was told, would be paid for by an unnamed Middle Eastern oil and gas company that wanted the payments to remain undisclosed.

The core of the arguments in the Senate hearing centered around satellite data that measures the emissions of oxygen molecules in the atmosphere using microwave sensors and uses that to extrapolate temperature. It’s not the same as sticking a thermometer in the troposphere. These datasets are among the least reliable.

"Snow-Deprived Ski Industry Wants to Know What @TedCruz Plans to Do About #ClimateChange" by Cole Mellino @EcoWatch: https://t.co/mlbBFlrq17

The study looked at two claims made by the climate skeptics: that temperatures in the mid-troposphere are rising three times faster in climate models than measured by satellites, and that there has been no statistically significant warming in the troposphere for 18 years. The researchers, who hail from Lawrence Livermore National Laboratory, the Massachusetts Institute of Technology, NOAA and private research firm Remote Sensing Systems, found that the “three times faster” divergence is significantly reduced when the most recent data is used and when the effects of stratospheric cooling on the troposphere is accounted for.

Environmental scientist Dana Nuccitelli, writing in The Guardian in response to the views aired in the Dec. 8, 2015 hearing, stated, “In the end, Ted Cruz’s claim is rated false by every objective measure.” New Mexico Senator Tom Udall, a Democratic member of the committee, said, “Climate change should be a bipartisan issues. That is why it is so regrettable today with the way Sen. Cruz is proceeding.”

It has been well reported that Ted Cruz repeatedly lies about the science of climate change, has used his position in the Senate to bully Sierra Club president Aaron Mair, works to promote his fossil-fuel funders and calls climate change a “religion.”