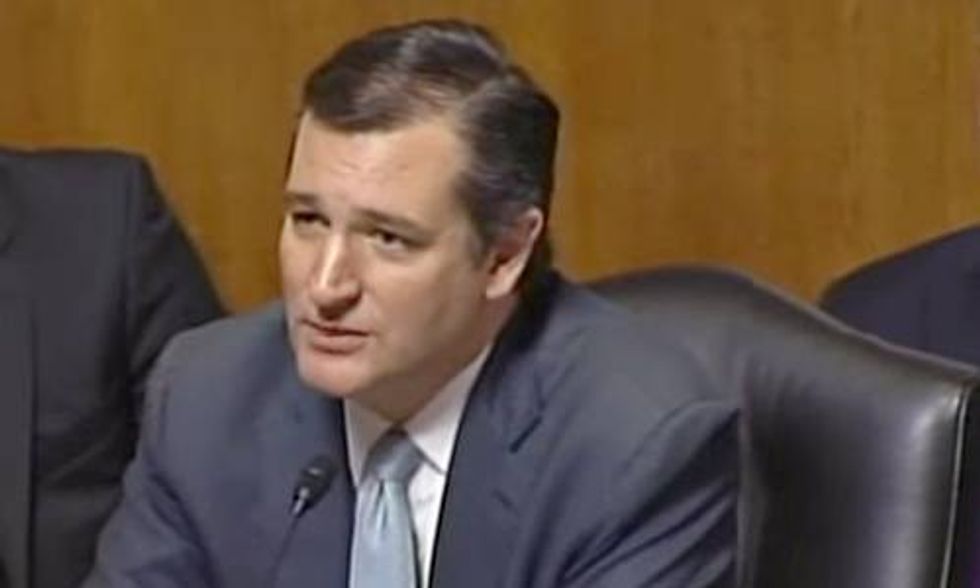 It's painful to watch this Senate hearing as Senator and GOP presidential hopeful Ted Cruz (R-TX) repeatedly pushes Sierra Club President Aaron Mair on climate change. Cruz relies on classic denier arguments, saying satellite data shows the Earth isn’t warming and that there has been a "pause" or "hiatus" in global warming, which NOAA, the National Oceanic and Atmospheric Administration, has refuted.

Despite Cruz's boorish and arrogant questioning, Mair maintains the Sierra Club's straightforward position that they "concur with 97 percent of the scientists" who say that climate change is happening.

After Cruz and Mair go back and forth for nearly 10 minutes—neither one yielding—Sen. Chris Coons (D-DE) finally interjects that the hearing was supposed to be about federal regulations and their impact on minority communities, and yet Cruz chose to spend the time arguing over whether climate change exists.