Sydney Is Running out of Water as Bushfires Rage 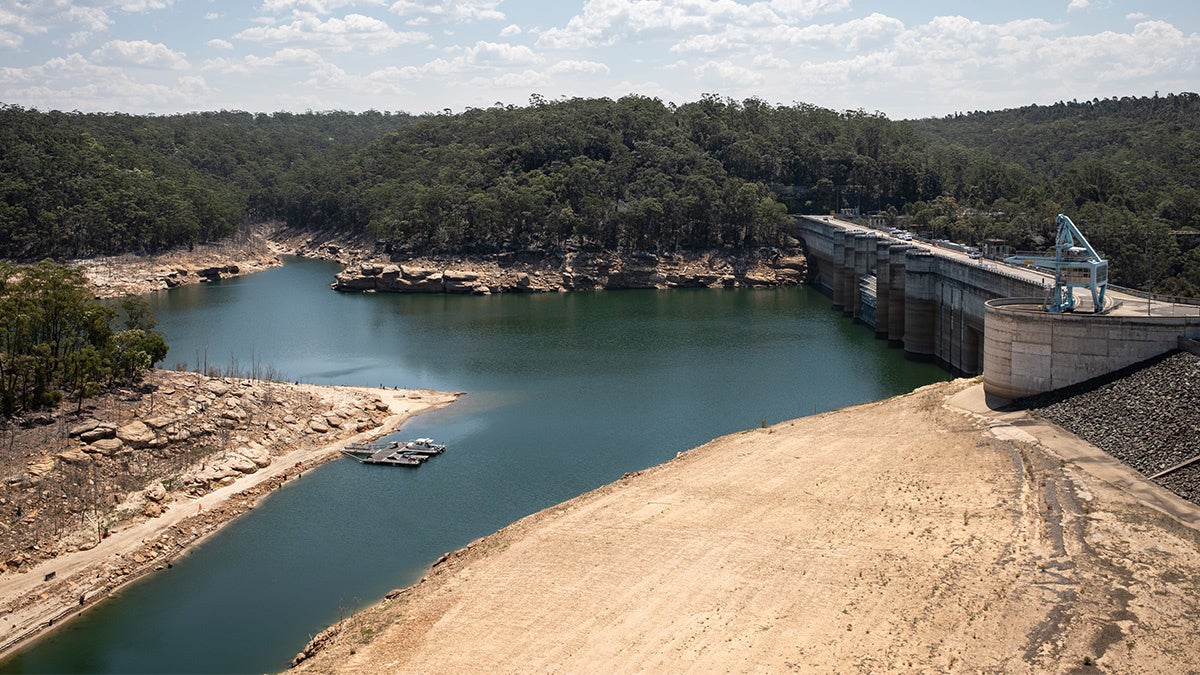 While Sydney faced “catastrophic fire danger” for the first time earlier this week, and nearly 130 wildfires continue to burn in New South Wales and Queensland, Sydney now faces another problem; it’s running out of water.

The water shortage is a mounting problem as the wildfires are predicted to gain in strength and intensity this weekend when temperatures will climb above 100 degrees in some parts as a bank of hot air travels across the country, according to the BBC.

Sydney — Australia’s largest city and home to nearly 5 million people — is facing a severe water shortage and is grappling with a warning that its dams may run dry by May 2022, as CNN reported.

Throughout the Australian winter and now the spring, Sydney and its surrounding areas have been under a water restriction that limits the amount of water people can use to fill pools and it puts a moratorium on leaving a running hose unattended.

The New South Wales water authority said that Sydney’s dams are just under 47 percent of their capacity and the number is expected to drop. When the water line drops to 40 percent of the dams’ capacity, then Sydney will ramp up the water restrictions, which is expected at the end of the Australian summer in February or March, as CNN reported.

This time last year, the dams were 64 percent full. The water authority said that more than 85 percent of Sydney’s water supply depends on rainfall. However, as the drought continues, Sydney may face a severe water crisis, according to CNN.

To slow that march, Level 2 restrictions will limit the amount of water people can use on a daily basis. One restriction, for example, would mean that gardens could be watered a few days a week, but not every day, as CNN reported.

“With the current rate of depletion we could be in a tricky situation in a couple of years,” said Melinda Pavey, the state’s water minister, to CNN affiliate 7News in Australia.

The water shortages have left New South Wales’ residents in a bind as towns outside of Sydney are even closer to day-zero, the day when no water remains. Parts of northern and inland New South Wales, along with southern Queensland, have suffered under a drought since 2016 that has severely depleted rivers and dams, as Reuters reported.

The most hard-hit towns, like Guyra, which is just over 300 miles from Sydney, are on pace to run out of water in late 2020 or early 2021. Authorities have had to spend enormous amounts to truck in water and build pipes to nearby dams, according to Reuters.

“A lot of towns are forecast to run out at the same time — and then where do you get the water from?” said Simon Murray, the mayor of Guyra, as Reuters reported.

Last month the deputy premier of New South Wales said that some of the state’s largest towns will struggle to survive if the drought lasts another three years, as Reuters reported.

That trend spells trouble for Sydney, which already suffers from congestion. If the drought continues, residents are less likely to move away to towns where water is running out. If they stay and more people move in, the water supply will face greater demand and increased stress.

“You’ve had political focus on getting more people into the regions but if people are thinking about moving to a regional town and they read the place is about to run out of water that might put questions in their mind,” said Terry Rawnsley, a local economist, to the Reuters. “People are drifting away from towns because the drought has weakened the economy but those who want to move away from Sydney are turned off because water is such a fundamental requirement.”

However, the pressing concern this weekend is the wildfires. The extreme and persistent drought has New South Wales and Queensland tinder-dry, with forests, grasslands, and farmland vulnerable to dry lightning strikes or accidental blazes, according to The Guardian.