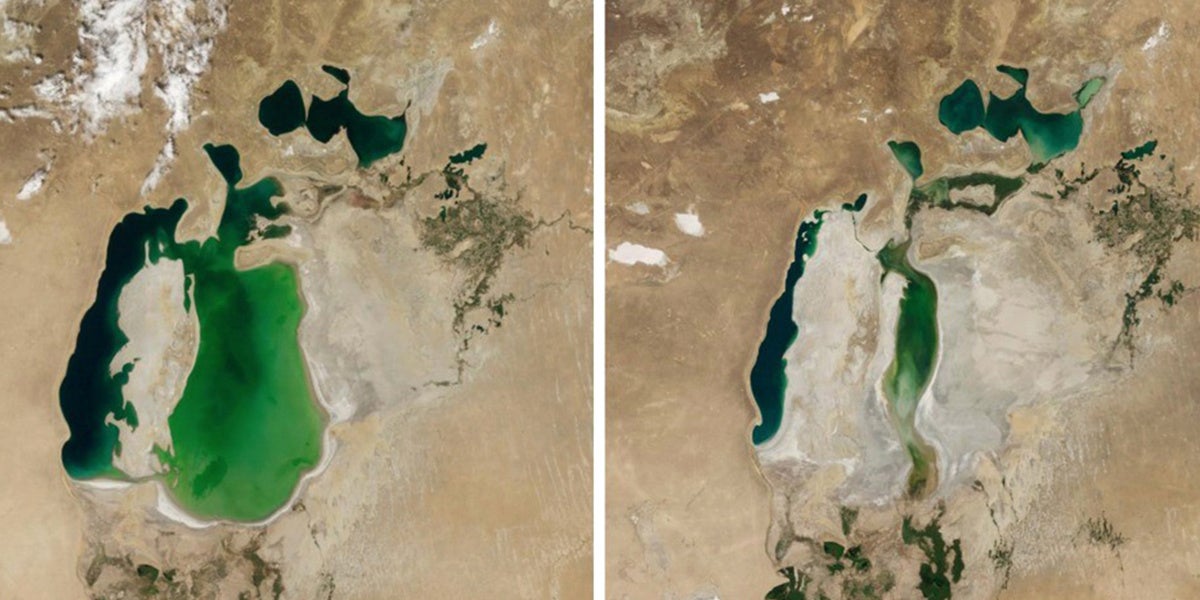 With a first-of-its-kind satellite study, NASA scientists have identified more than 30 parts of the globe where the depletion of freshwater has been most dramatic, largely due to human activity and the climate crisis.

Parts of India, the Middle East, Australia, the Arctic, Antarctica, and California were among the places pointed out in the new study, published in Nature on Wednesday, as areas where an overuse of groundwater resources from irrigation, agricultural, and industry projects, as well as the loss of glaciers and ice sheets, have led to water shortages. NASA has identified more than 30 hotspots where freshwater is in particular danger.

The findings showed a “clear human fingerprint” on the drying out of the earth, the authors of the report told the Guardian.

Aside from the warming planet’s effect on rapidly melting polar ice, the extraction of water from rivers like those that feed into the Aral Sea in Central Asia, for the purposes of farming and industrial use, have resulted in dramatic losses of freshwater.

Over-extraction has been especially problematic in parts of India and China, according to the study, causing a rapid decline in the availability of water despite normal rainfall levels.

“The fact that extractions already exceed recharge during normal precipitation does not bode well for the availability of groundwater during future droughts,” wrote the study’s authors.

“This report is a warning and an insight into a future threat,” Jonathan Farr of the charity WaterAid told The Guardian. “We need to ensure that investment in water keeps pace with industrialization and farming. Governments need to get to grips with this.”

The worst-affected regions were uninhabited parts of the globe like Antarctica where 10 percent of the icy continent’s glaciers are now in retreat, according to a study published last month.

Freshwater is present in lakes, rivers, soil, snow, groundwater and glacial ice. Its loss in the ice sheets at the poles — attributed to climate change — has implications for sea level rise. pic.twitter.com/ItOWdsiODh