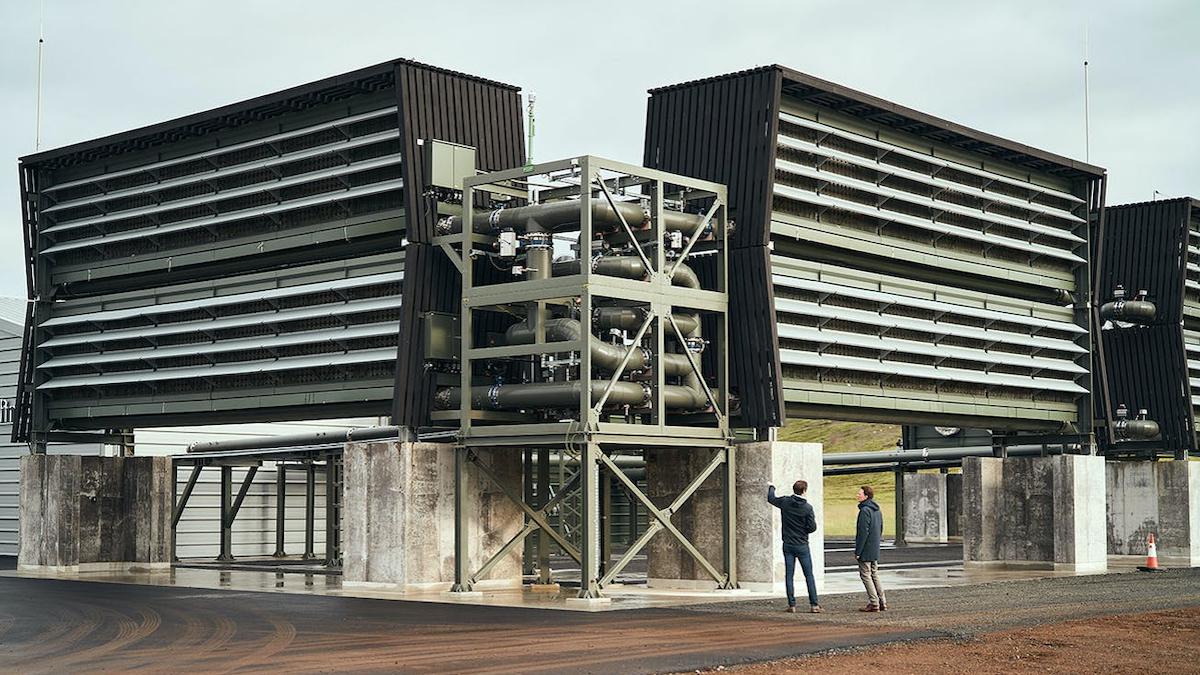 Orca, the world's largest plant designed to suck carbon dioxide out of the atmosphere, is up and running. Climeworks

The world’s largest plant designed to suck carbon dioxide out of the atmosphere is up and running.

The plant, called Orca, is located in Iceland. It was constructed by Swiss company Climeworks and Icelandic company Carbfix, and the two firms announced that it had begun to work on Wednesday, The Guardian reported.

“We are proud, excited, and beyond delighted to have arrived at this stage in our journey to reverse climate change,” Climeworks co-CEO and co-founder Christoph Gebald said in the company’s launch announcement. “Orca is now a reality and it is a result of concerted efforts from every stakeholder involved.”

The plant works by using industrial vacuums to suck climate-warming gases out of the air, Gizmodo explained. Those gases are then stored underground and converted to stone within two years. Climeworks has said that the plant will be able to remove 4,000 tonnes (approximately 4,409 tons) of carbon dioxide every year, the equivalent of 870-cars-worth of emissions, The Guardian explained.

Construction on the plant began in May of 2020 using “stackable, container-sized units,” Climeworks said. This means that the plant could be built in less than15 months. Climeworks said it hoped to use the same methods to build more such plants in other locations.

“Orca, as a milestone in the direct air capture industry, has provided a scalable, flexible and replicable blueprint for Climeworks’ future expansion,” Climeworks co-CEO and co-founder Jan Wurzbacher said in the announcement. “With this success, we are prepared to rapidly ramp up our capacity in the next years. Achieving global net-zero emissions is still a long way to go, but with Orca, we believe that Climeworks has taken one significant step closer to achieving that goal.”

Carbon capture technology is slightly controversial because it is extremely expensive and critics worry it will take a long time to be able to build enough of it to make a meaningful difference, The Guardian noted. Climeworks pays for its operations by getting companies and even individuals who want to offset their emissions to fund their projects, Gizmodo explained. Its website even offers subscription plans to this effect.

There is also concern that new technologies can distract businesses and governments from the work of reducing and eliminating greenhouse gas emissions. However, the Intergovernmental Panel on Climate Change has said that both carbon capture technology and emissions cuts are necessary to limit global warming to two degrees Celsius above pre-industrial levels, as the Paris agreement stipulates.