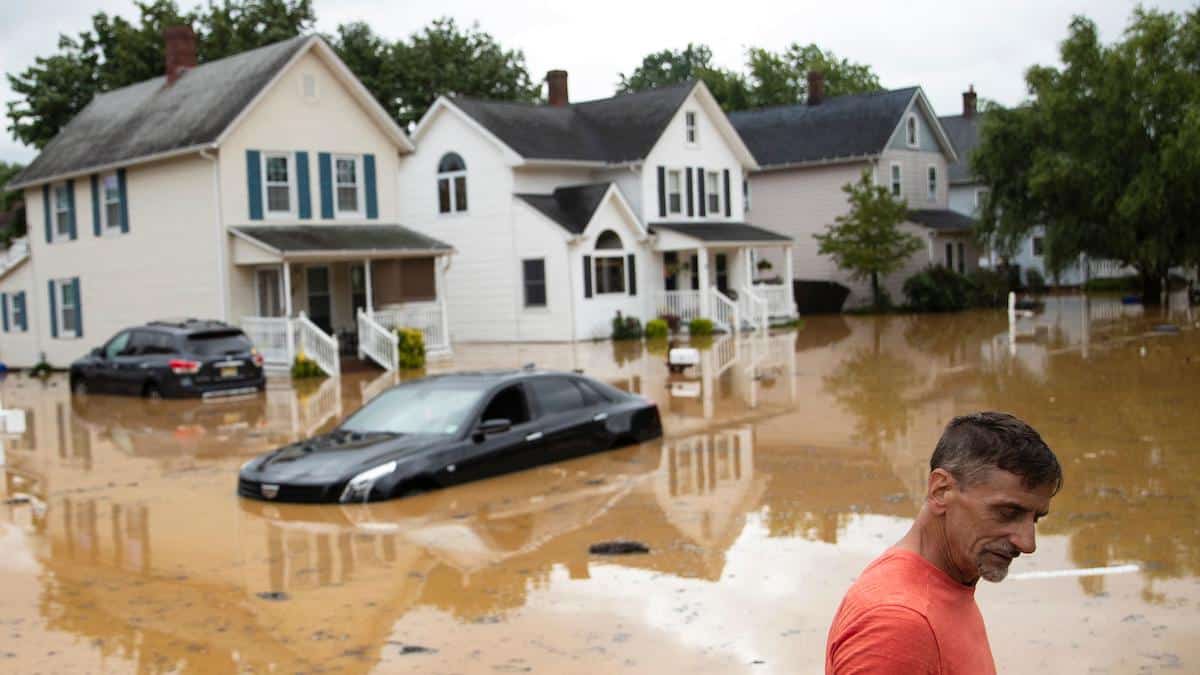 Nearly one-third of all Americans live in a county hit by an extreme weather disaster in the past three months, with far more living in places that have endured a multiday heatwave, a Washington Post analysis revealed.

Climate change, caused by the extraction and combustion of fossil fuels, is supercharging heatwaves, hurricanes, wildfires fueled by drought, and extreme precipitation that causes flooding. Those phenomena have killed at least 388 people in the U.S. since June.

The unprecedented summer of climate-fueled tragedy has hit people who previously considered themselves immune to climate risk and has overwhelmed seasoned survivors of such disasters who say this is the worst summer they’ve experienced — it also comes as Democrats in Washington work to enact legislation that would address its root causes. The political window for such action, however, is closing.

With the midterms looming, Democratic Sen. Joe Manchin of West Virginia, linchpin vote connected with multiple coal firms, called for a “strategic pause” on that legislation last week. Meanwhile, the rest of the party barnstorms the country to raise support for the bill. “It sounds like a lot of money… but it is what we spend in five years fighting forest fires,” Sen. Michael Bennet (D-Colo.), hardly a liberal firebrand himself, told constituents in Clear Creek.

Bernie Sanders is also traveling the country, and the White House is driving the message with senior advisor and former Louisiana Congressman Cedric Richmond promoting action on ABC’s “This Week” on Sunday and President Biden directly tying the devastation wrought by Ida to climate change and the need to take decisive action.

“Super storms are going to come and they’re going to come more ferociously,” Biden said while visiting Louisiana Friday “This isn’t about being a Democrat or a Republican. We’re Americans and we’ll get through this together.”

The question, he wonders, is whether this calamitous season will mark a turning point in public opinion that finally forces political leaders to act. “If not,” Fugate asked, “what will it take?”

Even seasoned survivors say that recent disasters are the worst they’ve ever experienced. People who never considered themselves at risk from climate change are suddenly waking up to floodwaters outside their windows and smoke in their skies, wondering if anywhere is safe.

The true test of this summer’s significance will be in whether the United States can meaningfully curb its planet-warming emissions — and fast.

The nation’s most ambitious plan to address climate change and adapt to its impacts — Democrats’ $3.5 trillion budget bill — is now in jeopardy after Sen. Joe Manchin III (D-W.Va.) called for a “strategic pause” on the legislation Thursday, citing concern over the price tag. The proposal to institute renewable energy requirements for power companies, impose import fees on polluters and provide generous support for electric vehicles cannot pass without Manchin’s vote.