Cutting Emissions Could Save Billions of People From ‘Lethal’ Heat and Humidity, New Research Finds 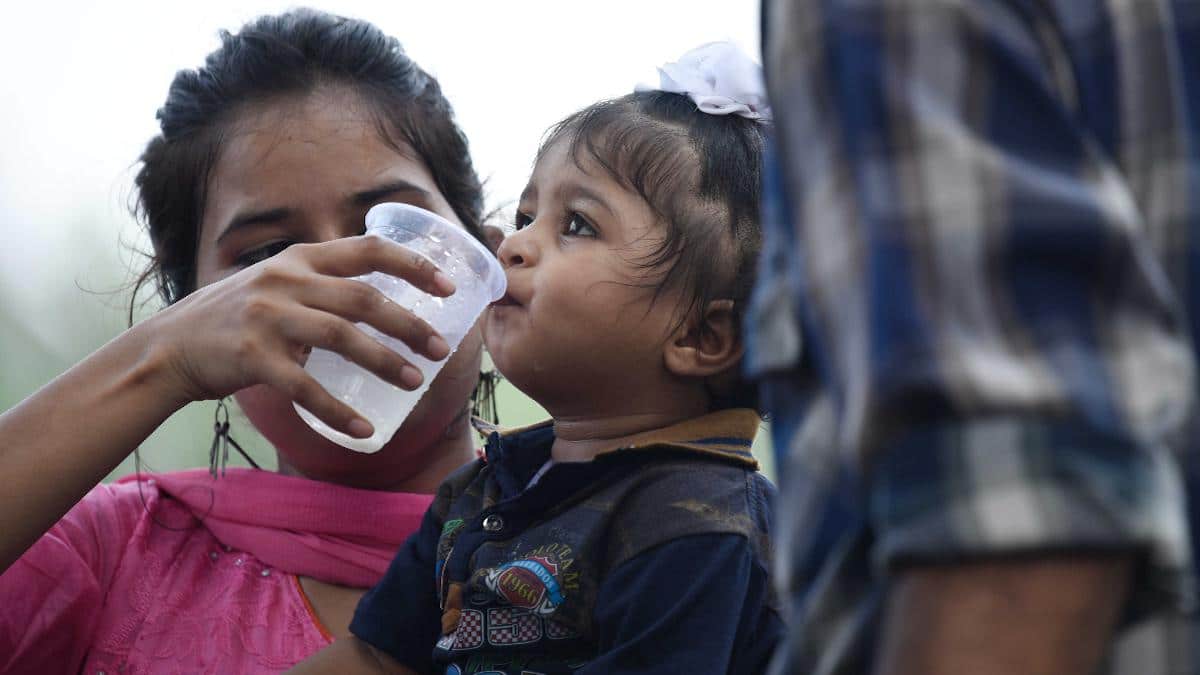 If governments fail to keep global temperatures within 1.5 degrees Celsius of pre-industrial levels, much of the world’s population could live in “lethal” levels of heat and humidity, new research finds.

Home to more than three billion people, the planet’s tropical band, which includes most of South and East Asia, Central America and Central Africa, remains the most vulnerable to an unlivable climate, The New York Times reported. In these regions, populations are growing and by 2050, they could be home to half of the world’s population, The Guardian reported. But if countries slash emissions now, life in the tropics could be prevented from reaching dangerous conditions, a study published Monday in Nature Geoscience suggests.

While extreme heat is indeed a major cause of concern for global populations, “humidity needs to be taken into account to estimate the health impact of extreme heat,” the authors wrote, noting the importance of the wet-bulb temperature – a measure of air temperature and humidity.

“If it is too humid our bodies can’t cool off by evaporating sweat – this is why humidity is important when we consider livability in a hot place,” Yi Zhang, a graduate student in geosciences at Princeton University and the study’s lead author, told The Guardian. “High body core temperatures are dangerous or even lethal.”

The effects of heat and humidity on women, older people and people with chronic conditions like diabetes and hypertension are more extreme, Glen Kenny, a professor of physiology at the University of Ottawa, who was not involved in the new study, told The New York Times. If sweat cannot evaporate, then “essentially the body will gain heat,” Kenny said, according to The New York Times. This could stress the heart, resulting in cardiovascular issues.

Over the past 40 years, the highest wet-bulb temperature recorded in the tropics has been well below 33 degrees Celsius, according to the scientists, The Independent reported. If countries are able to limit warming within the Paris agreement‘s objectives, then maximum wet-bulb temperatures are unlikely to reach the point where humans are unable to cool themselves. But even just a one degree Celsius increase in extreme wet-bulb temperature “could have adverse health impact equivalent to that of several degrees of temperature increase,” The Guardian reported.

The world has already warmed 1.1 degrees Celsius, despite the Paris agreement goals, and scientists warn that it could reach the 1.5 degrees Celsius limit before the end of the decade, The Guardian noted.

“Theoretically no human can tolerate a wet bulb temperature of above 35C, no matter how much water they have to drink,” Mojtaba Sadegh, an expert in climate risks at Boise State University who was not involved in the study, told The Guardian. “If this limit is breached, infrastructure like cool-air shelters are absolutely necessary for human survival.”

The research was based on the latitudes between 20 degrees north and 20 degrees south, which include countries such as Mexico, Libya, India, Brazil, Madagascar and the northern regions of Australia, The Guardian reported. “Given that much of the impacted area consists of low-income countries, providing the required infrastructure will be challenging,” Sadegh told The Guardian.

But while the new research adds to the long list of reasons why countries should cut emissions to limit global temperatures, Dr. Dann Mitchell, joint Met Office chair in climate hazards at the University of Bristol, who was not involved in the study, said these findings “should be viewed cautiously,” The Independent reported.

“While these heat stress thresholds are useful conceptually, especially for animals or ecosystems, we must be cautious about relating them to any particular step change in human mortality or morbidity,” Mitchell told The Independent. “By construction, they do not take into account our adaptable natures.”