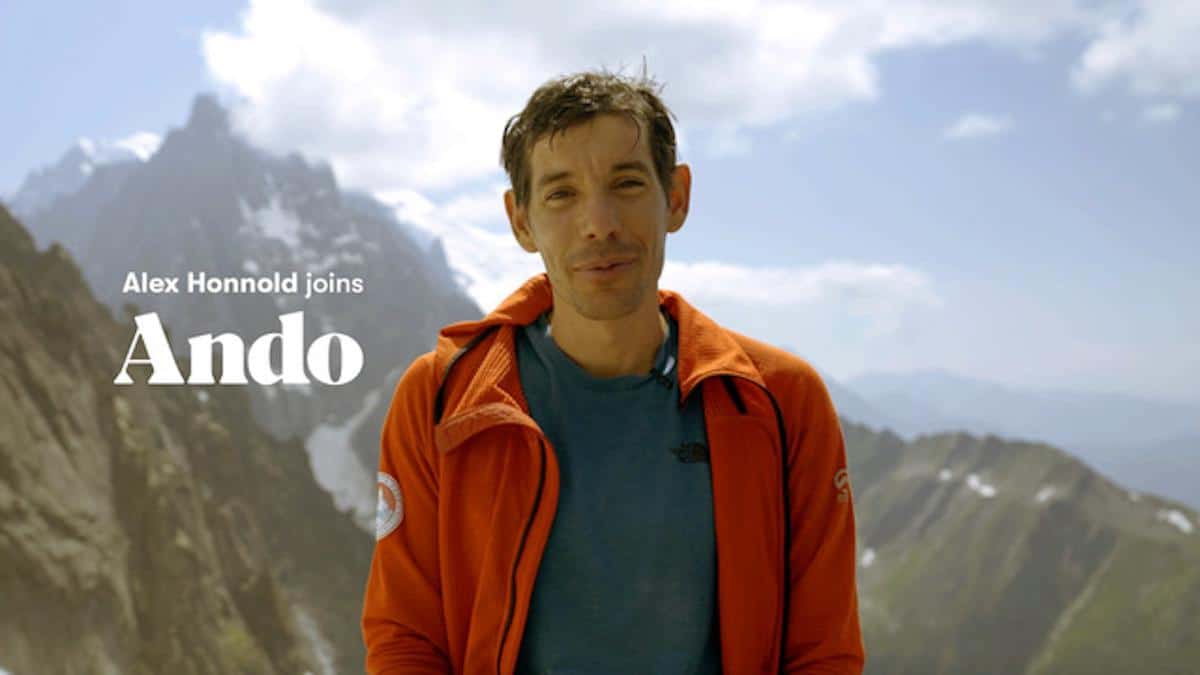 The athlete, who is a life-long environmentalist, has partnered with financial technology innovator Ando to fight and reverse climate change through sustainable banking. And, he’s inviting you, me and everyone who will listen to join him in investing in our collective future.

According to Honnold, the majority of big banks have been bankrolling the polluting fossil fuel industries for decades. In an Oct. 2020 piece penned for Outside magazine, Honnold explained, “When you put your money in a bank it doesn’t just sit there — the bank loans up to 90% of its capital to other projects… Six of the top ten institutions supporting increased fossil fuel extraction are U.S.-based.”

This has resulted in trillions of bank client dollars being pumped into planet-damaging fossil fuel industries with zero control in the hands of the individuals whose money it actually was, Ando said in an announcement of their partnership with Honnold. The amount tops $3.8 trillion of banking clients’ money being invested in fossil fuels in just the five years since the Paris agreement, an Ando representative told EcoWatch.

“It’s ironic that most people’s money winds up being used for all kinds of projects that they personally would never support,” Honnold wrote in Outside. “An individual can go vegan, compost, and turn their thermostat down only to find that the money in their savings account is funding a pipeline or fracking.”

In the piece, the legend also drew parallels between his “impossible-dream-turned-real” ascent of El Cap and the global fight against climate change. He called the latter the “apex issue facing our generation — an issue that feels too big and too complex to act on” just as his climb had felt before he conquered it.

Honnold noted that the climate crisis is “all-encompassing” and “urgent” because it will impact almost every other environmental issue. Most scientists agree that as a global community we only have until 2030 to make meaningful changes before the worst effects of warming are permanently baked into our future, he wrote.

Now, through this partnership, Honnold and Ando are inviting people to make one of the most meaningful and powerful changes they can: switching to a sustainable bank like Ando. This will ensure that their money is used as a force of environmental good instead of financing additional fossil fuel extraction.

Ando is a “radically transparent banking service” with a mission to end the banking industry’s financing of fossil fuels, the Ando representative said. All customer money run through Ando — including Honnold’s and anyone he convinces to create an account — is exclusively invested in carbon-reducing projects striving to reverse the devastating impacts of the climate crisis.

“That’s what’s so exciting about Ando — we invest 100% of deposits into green initiatives like renewable energy and sustainable agriculture. Finally, you’re in control, able to bank with a company that shares your values and uses your money to help heal the planet,” the partnership announcement added. 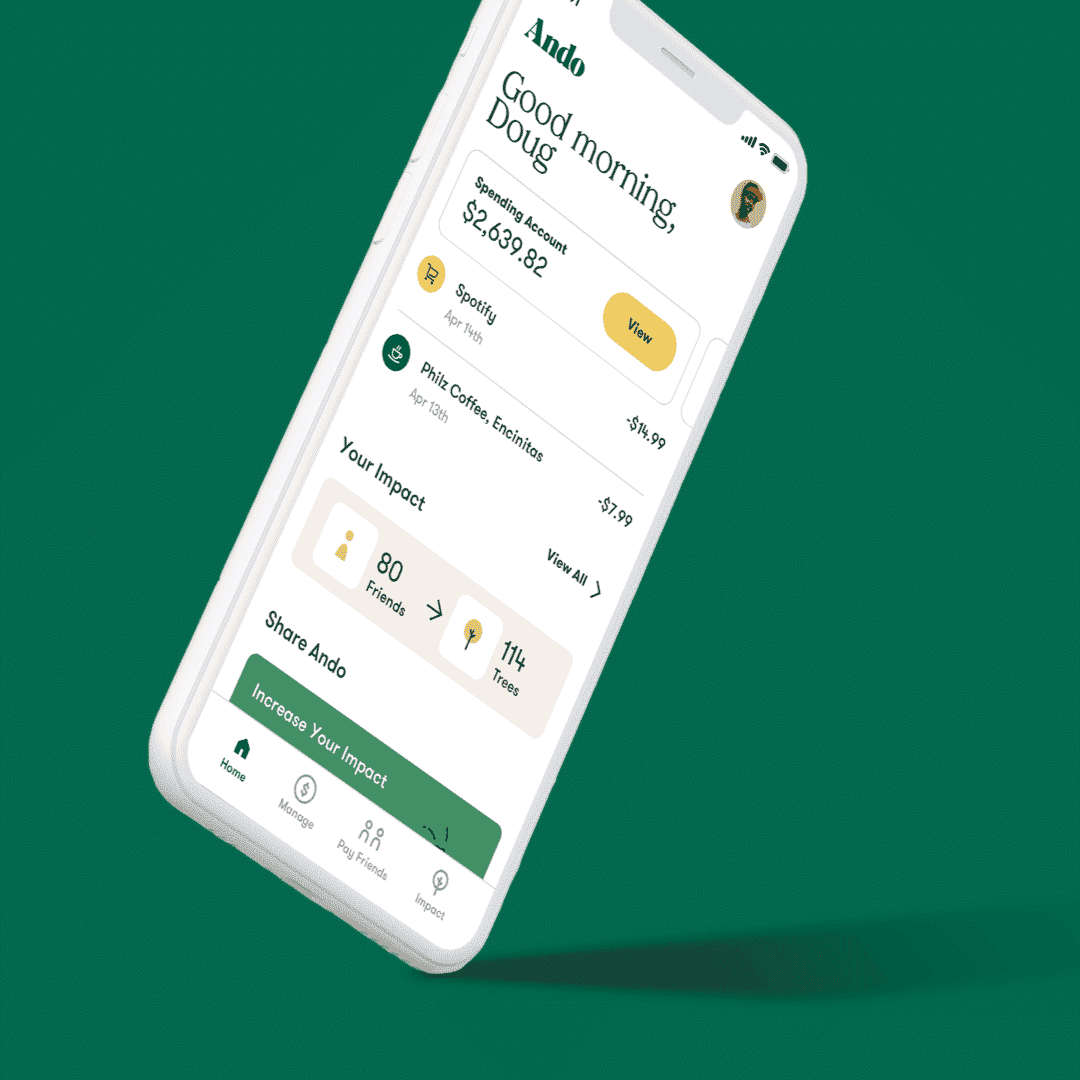 As a fully transparent bank, Ando allows clients to choose how their money can impact the planet. Ando

As it turns out, swapping to a sustainable bank like Ando allows an individual to have up to 27 times the impact of other environmental actions like going vegan, taking shorter showers, or installing solar panels on their roof, an unrelated study by Nordea Group Sustainable Finance found.

Honnold and Ando hope to mobilize the former’s enthusiastic fan base towards their shared mission. Honnold wrote, “The simplest way to reduce energy extraction from the Arctic, tar sands, and via fracking and coal is to decrease the funding to these dirty technologies. Being deliberate and choosing a sustainable bank is key.”

The environmentalist and athlete concluded, “After all, your bank is using your money to impact the world, one way or another.”