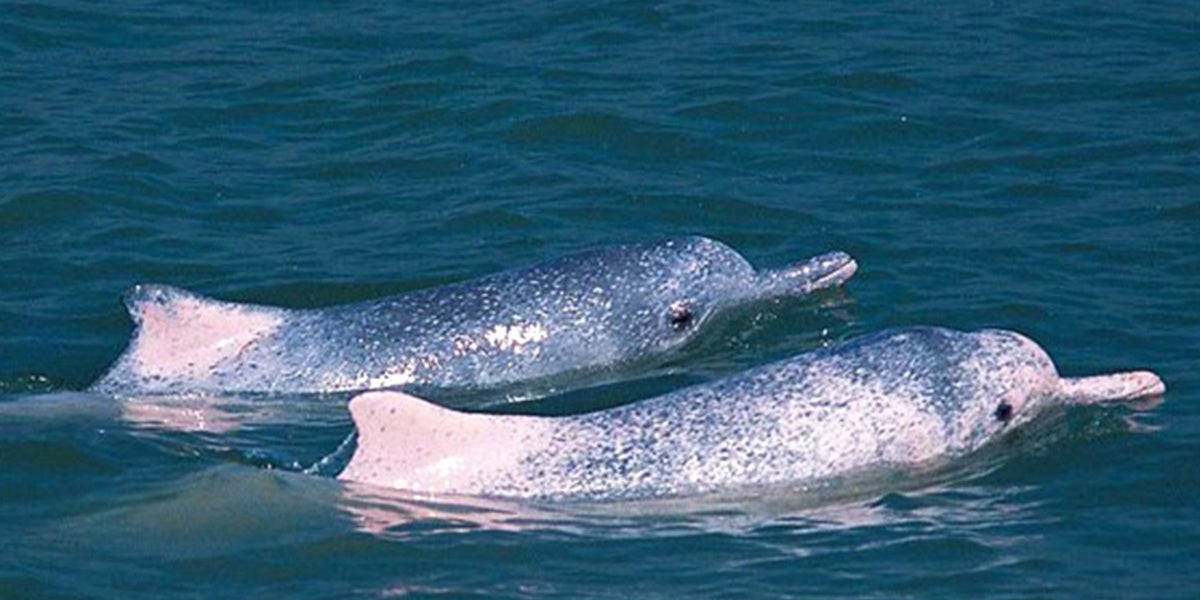 The National Marine Fisheries Service protected rare Taiwanese humpback dolphins on Tuesday, listing the species as “endangered” under the Endangered Species Act. The decision comes in response to a March 2016 petition from the Animal Welfare Institute, Center for Biological Diversity and WildEarth Guardians seeking U.S. protections to help prevent the extinction of a population that now numbers fewer than 100 individuals.

“These rare dolphins deserve every possible chance to escape extinction, and we are thrilled that the National Marine Fisheries Service has stepped up and given them the protections of the Endangered Species Act,” said Taylor Jones, endangered species advocate for WildEarth Guardians. “A myriad of dolphin species are at risk due to human activities, and we owe these intelligent creatures the best protections we can give them.”

Taiwanese humpback dolphins are threatened by gillnet fishing, pollution, boat traffic and development along Taiwan’s densely populated west coast, including the proposed construction of large wind farms. An endangered listing will enable the U.S. to provide technical expertise and resources to support Taiwan in conserving the rare dolphin.

“This is good news that will help these rare dolphins avoid extinction. International cooperation is the key to saving certain critically endangered species,” said Abel Valdivia, an ocean scientist with the Center for Biological Diversity. “Now that U.S. officials have made the right call on this listing, they should immediately start working with Taiwan on a recovery plan. The Endangered Species Act is a powerful tool that can still save the Taiwanese humpback dolphin and other small cetaceans struggling to survive.”

“This is a major victory for the Taiwanese dolphin,” said Tara Zuardo, Animal Welfare Institute senior wildlife attorney. “The Endangered Species Act will help enable the United States to provide the resources needed to help protect and conserve this imperiled population. We are grateful that the National Marine Fisheries Service recognized the need to take immediate action.”

An estimated 50 percent to 80 percent of all life on Earth is found in the oceans. More than half of marine species may be at risk of extinction by 2100 without significant conservation efforts. Despite this grave situation, the U.S. largely fails to protect marine species under the Endangered Species Act.

The Endangered Species Act is an effective safety net for imperiled species: It has prevented extinction for more than 90 percent of plants and animals under its care. Scientists estimate that 227 species would have gone extinct by 2006 if not for its protections. Protecting species with global distributions can help focus U.S. resources toward enforcement of international regulations and recovery of the species.