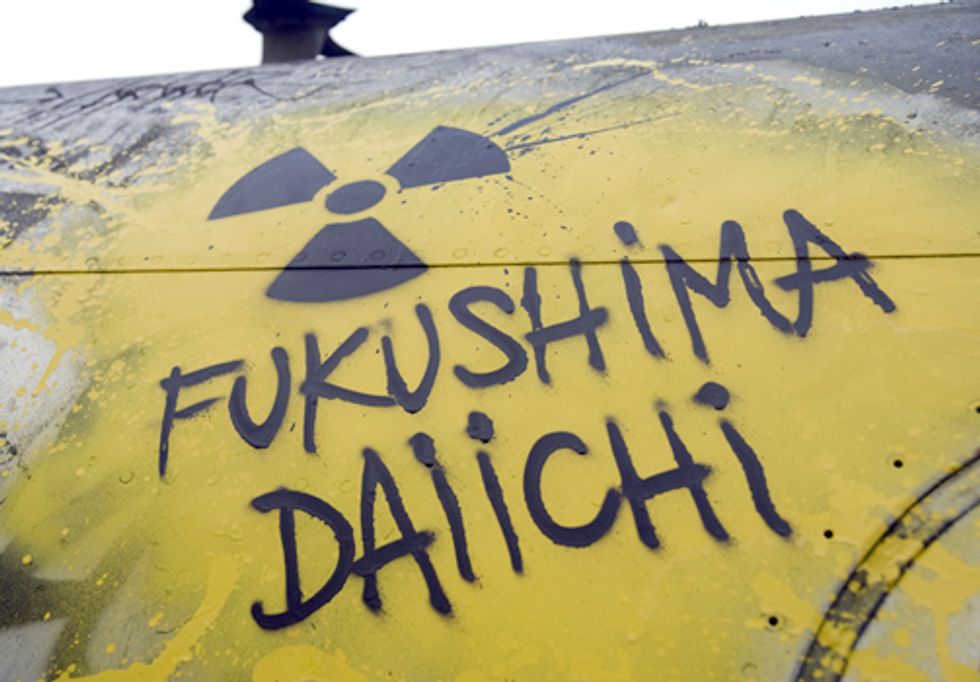 Radiation from Japan's Fukushima Daiichi nuclear disaster may eventually cause approximately 130 deaths and 180 cases of cancer, mostly in Japan, Stanford researchers have calculated.

The estimates have large uncertainty ranges, but contrast with previous claims that the radioactive release would likely cause no severe health effects.

The numbers are in addition to the roughly 600 deaths caused by the evacuation of the area surrounding the nuclear plant directly after the March 2011 earthquake, tsunami and meltdown.

Recent PhD graduate John Ten Hoeve and Stanford civil engineering Professor Mark Z. Jacobson, a senior fellow at the Precourt Institute for Energy and the Woods Institute for the Environment, are set to publish their findings July 17 in the journal Energy and Environmental Science. The research constitutes the first detailed analysis of the event's global health effects.

The Fukushima Daiichi meltdown was the most extensive nuclear disaster since Chernobyl. Radiation release critically contaminated a "dead zone" of several hundred square kilometers around the plant, and low levels of radioactive material were found as far as North America and Europe.

But most of the radioactivity was dumped in the Pacific—only 19 percent of the released material was deposited over land—keeping the exposed population relatively small.

"There are groups of people who have said there would be no effects," said Jacobson.

A month after the disaster, the head of the United Nations Science Committee on the Effects of Atomic Radiation, for example, predicted that there would be no serious public health consequences resulting from the radiation.

Evaluating the claim, Ten Hoeve and Jacobson used a 3-D global atmospheric model, developed over 20 years of research, to predict the transport of radioactive material. A standard health-effects model was used to estimate human exposure to radioactivity.

Those affected according to the model were overwhelmingly in Japan, with extremely small effects noticeable in mainland Asia and North America. The U.S. was predicted to suffer between 0 and 12 deaths and 0 and 30 cancer morbidities, although the methods used were less precise for areas that saw only low radionuclide concentrations.

"These worldwide values are relatively low," said Ten Hoeve. He explained they should "serve to manage the fear in other countries that the disaster had an extensive global reach."

The Japanese government's response was much more rapid and coordinated than that of the Soviets in Chernobyl, which may have mitigated some of the cancer risk.

Japanese government agencies, for example, evacuated a 20-kilometer radius around the plant, distributed iodine tablets to prevent radioiodine uptake and prohibited cultivation of crops above a radiation threshold—steps that Ten Hoeve said "people have applauded."

Still, the researchers cautioned against drawing conclusions about evacuation policy.

"You still have an obligation to evacuate people according to the worst-case scenario," said Jacobson.

If it happened here

To test the effects of varying weather patterns and geography on the reach of a nuclear incident, the two researchers also analyzed a hypothetical scenario: an identical meltdown at the Diablo Canyon Power Plant, near San Luis Obispo, Calif.

Despite California's population density being about one-fourth that of Japan's, the researchers found the magnitude of the projected health effects to be about 25 percent larger.

The model showed that rather than being whisked toward the ocean, as with Fukushima, a larger percentage of the Diablo Canyon radioactivity deposited over land, including population centers such as San Diego and Los Angeles.

Jacobson stressed, however, that none of the calculations expressed the full scope of a nuclear disaster.

"There's a lot more to the issue than what we examined, which were the cancer-related health effects," he said. "Fukushima was just such a large disaster in terms of soil and water contamination, displacement of lives, confidence in government oversight, cost and anguish."