Sea Level Rise Is Locked in Even If We Meet Paris Agreement Targets, New Study​ Says 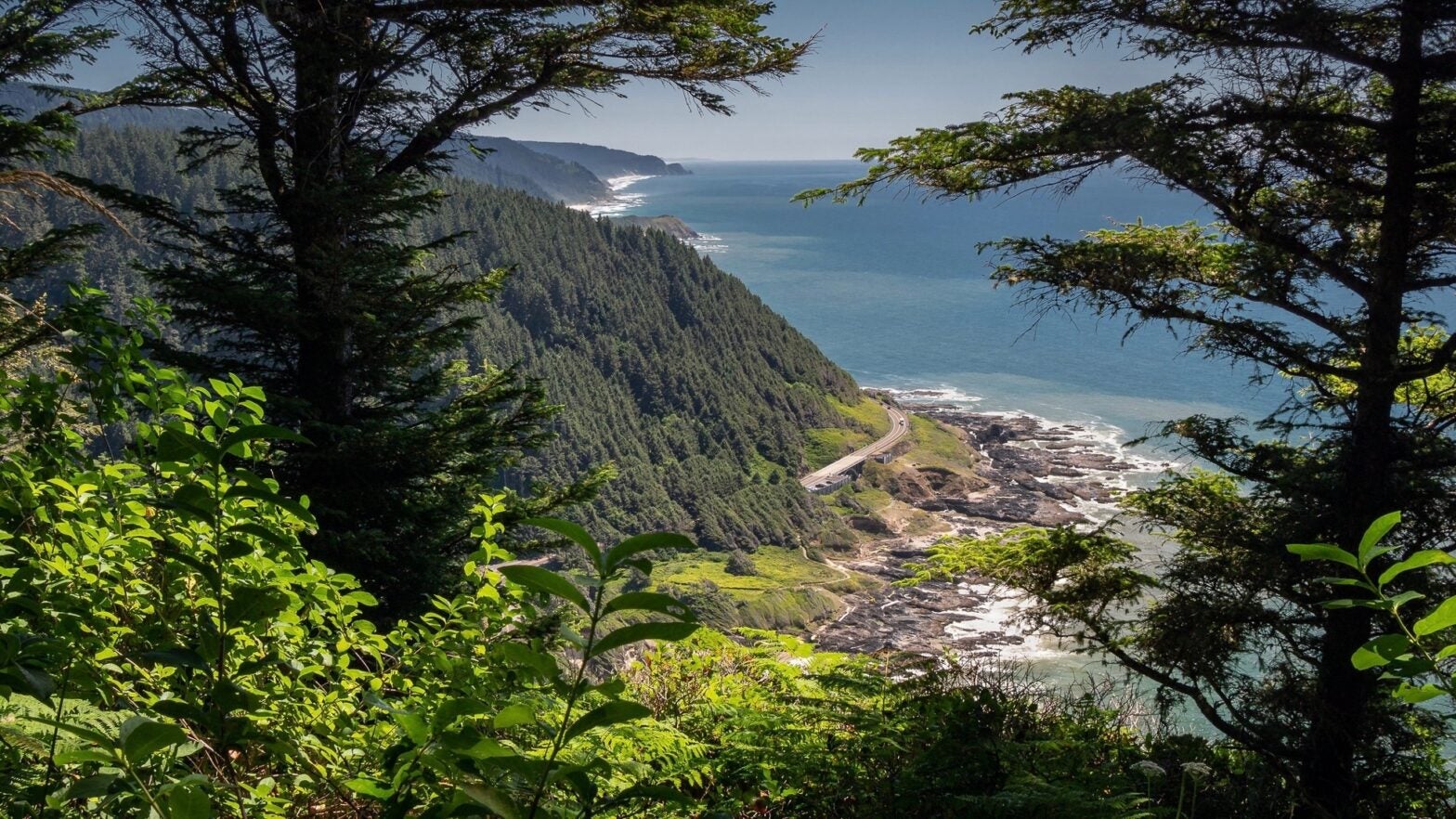 The highest point of Cape Perpetua (pictured above) in Oregon rises to more than 800 feet above sea level. Peter Clark, climate scientist and author of a new study from the Oregon State University says "even with the Paris pledges there will be a large amount of sea level rise." Charles Peterson / Flickr / CC BY-NC-ND 2.0

Sea level rise will change the landscape of coastlines and challenge our ability to adapt over the next couple of centuries, even if all the 2030 emissions targets set in the Paris agreement are met, according to a new study published in the Proceedings of the National Academy of Sciences (PNAS).

Just like a large ship charging at full speed takes a long time to come to a stop, the rising seas will need centuries before they stop encroaching on to land. The researchers found that the greenhouse gas emissions from the signing of the Paris agreement in 2015 to the target date of 2030 is enough to make the oceans rise 3.1 inches by the end of the century, according to Agence-France Presse (AFP).

The study shows that the period from 2015-2030 will, on its own, emit enough greenhouse gasses to raise the oceans 7.87 inches by 2300. It will only be 7.87 inches of sea-level rise if nations around the world honor their commitments to the Paris agreement.

However, that may be a conservative estimate since it assumes all the countries in the world drastically reduce their emissions and stop emitting greenhouse gasses after 2030. Another study last week found that without drastic reductions in emissions, entire cities could be underwater by 2050 and 300 million people could experience annual flooding, as EcoWatch reported.

Additionally, from 1990 to 2030, the authors of the new PNAS study found that the top five top polluters will be responsible for over 10 inches of sea-level rise.

The researchers crunched the numbers and found the lag time between the reduction in emissions and the oceans response will mean the oceans will continue to rise for sometime — we are already locked into a one meter sea rise by 2300, the study says.

“Even with the Paris pledges there will be a large amount of sea level rise,” said Peter Clark, an Oregon State University climate scientist and co-author of the study, according to The Guardian.

The study looked at a 15-year period from when countries signed onto the Paris agreement in 2015 to 2030. The researchers’ model used data that assumes all the signatories will drastically reduce emissions by 2030 and then immediately eliminate all greenhouse-warming gasses from that point forward. However, the unfortunate reality is that very few countries are on target to meet their goals that would stop the planet from warming more than 2 degrees Celsius above pre-industrial levels, as The Guardian reported.

“Sea level rise is going to be an ongoing problem for centuries to come, we will have to keep on adapting over and over again. It’s going to be a whole new expensive lifestyle, costing trillions of dollars,” said Clark, as The Guardian reported. “Sea level has a very long memory, so even if we start cooling temperatures the seas will continue to rise. It’s a bit like trying to turn the Titanic around, rather than a speedboat.”

However, that does not mean the situation is hopeless. It does mean that the decisions that are made today have tremendous impact in the future. The faster we can drop our emissions, the more time it will take ice to melt and for seas to rise. That will give coastal cities more time to prepare and it will give governments more time to fix the global climate crisis, as National Geographic reported.

“We can clearly see that there’s a massive sea level rise contribution coming from emissions over such a short time frame, just over the Paris period,” said Alexander Nauels, the lead author of the report and a sea level rise expert at Climate Analytics, as National Geographic reported. “But this is risk we can reduce, by all means, if we can, and it seems like we can.”