What the School Bus Can Teach Us About Efficient Urban Transport

A school bus rides through the Dorchester neighborhood of Boston on Sept. 11, 2019. Boston's public school district held a contest last year to more effectively move its 25,000 students to more than 200 schools. Barry Chin / The Boston Globe via Getty Images

Advocates of autonomous mobility are looking forward to the day when zero-emission, shared autonomous vehicles deliver services that dramatically reduce urban congestion and pollution. But as the mass deployment of autonomous vehicles seems farther and farther off, it is important to point out that we don’t have to wait for autonomy to realize many of the efficiencies that shared mobility can provide.

Trip-optimization technology that can make shared transport work already exists — whether a computer or a human is driving. One proof point can be found in a project to make Boston’s public school buses more efficient. What can the humble yellow school bus teach us about efficient urban transport? Plenty, as it turns out.

In 2019, Boston’s public school district held a contest to find a solution that could better move its 25,000 students to more than 200 schools across 20 zip codes. Parents are allowed to select their children’s schools, so the transportation patterns are irregular. To further complicate matters, Boston’s schools have different start times. Student transit was costing the district ,000 per student — 10% of its budget.

Researchers at MIT’s Operations Research Center rose to the challenge. They developed an algorithm capable of ingesting all ride requirements simultaneously instead of optimizing service for each school independently, one by one. By optimizing the entire network, under the new schedule, some buses dropped students off at multiple schools. In short, the algorithm enabled the district to eliminate 50 buses, more than a million miles of driving, and 9,000kg of CO2 emissions per day. Student ride times and walking distances were not impacted. And the district now has million per year in savings to invest in education programs.

Many, including me, have argued that the future of urban transport is electric, autonomous and shared. I still believe this to be true. But the real key to reducing traffic and pollution comes from sharing — and we don’t have to wait for the widespread adoption of electric and/or autonomous vehicles to achieve significant efficiency gains that remove cars and their emissions from city streets.

· An International Transport Forum (ITF) study of traffic in Lisbon found that shared self-driving cars combined with the existing public transport system could reduce traffic by 90% with a maximum wait time of five minutes.

· A University of Texas simulation of traffic in Austin found that one shared autonomous vehicle could do the work of nine private vehicles with extra ride times of two to five minutes.

· A study of traffic in Oslo by the PTV Group found that shared autonomous vehicles could meet the city’s rush hour needs with just 7% of today’s vehicles, and that combining the services with public transport would reduce trip times by an average of 11 minutes.

Critical to the success of these models is the integration of services with public transport. The flip side of the equation would be to use shared services in place of public transport, which would likely worsen congestion. Shared transport integrated with public mass transit would have to be mandated by cities rather than deployed as a free-for-all — which is how peer-to-peer ride-hailing services were introduced. Unregulated and unintegrated, these services have dramatically worsened traffic in most large cities. 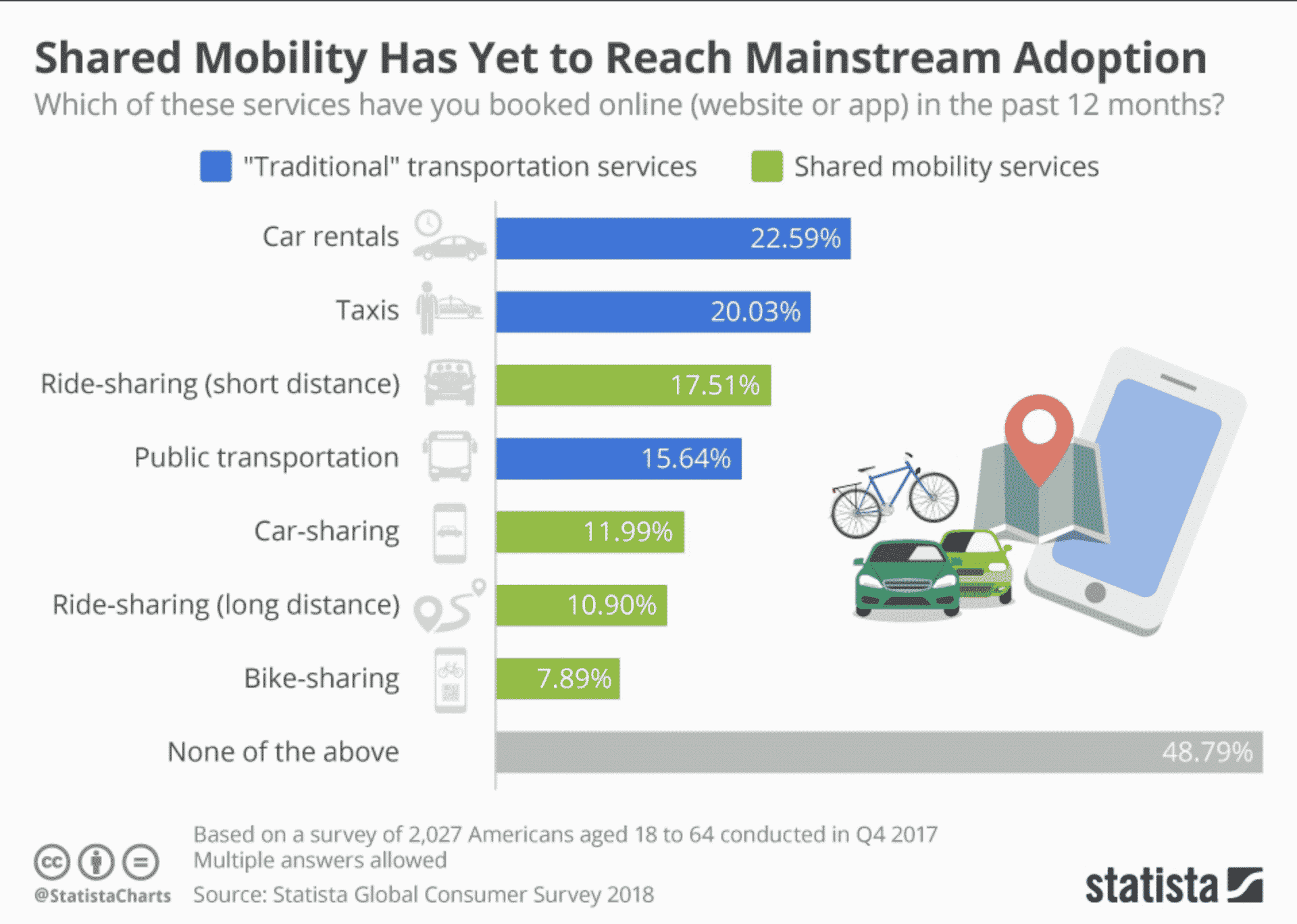 Analysts at Accenture recently released a report calling for cities to take the lead in creating coordinated, “orchestrated” mobility ecosystems. Limiting shared services to routes that connect people with mass transit would be one way to deploy human-driven services now and to prepare for driverless services in the future. Services and schedules can be linked at the backend, and operators can, for example, automatically send more shared vehicles to a train station when the train has more passengers than usual; or the cars can wait for a train that is running late.

Orchestrating large fleets and processing large volumes of ride requests simultaneously and in real time, and dispatching vehicles and pooling ride requests in the most efficient manner possible, are extremely complex processes. This complexity increases as most urban environments are continually changing. Traffic, weather, special events, construction and other conditions can impact trip times and wait times.

Managing urban congestion and mobility comes down to managing space. Cities are characterized by restricted residential, commercial and transportation spaces. Private autos are the most inefficient use of transportation space, while mass transit represents the most efficient use of transportation space. Getting more people out of private cars into shared feeder routes to and from mass transit modes is the most promising way to reduce auto traffic. Computer models show that it can be done, and we don’t need autonomy to realize the benefits of shared mobility. With our climate crisis growing more acute by the day, we can and should start implementing shared mobility now.