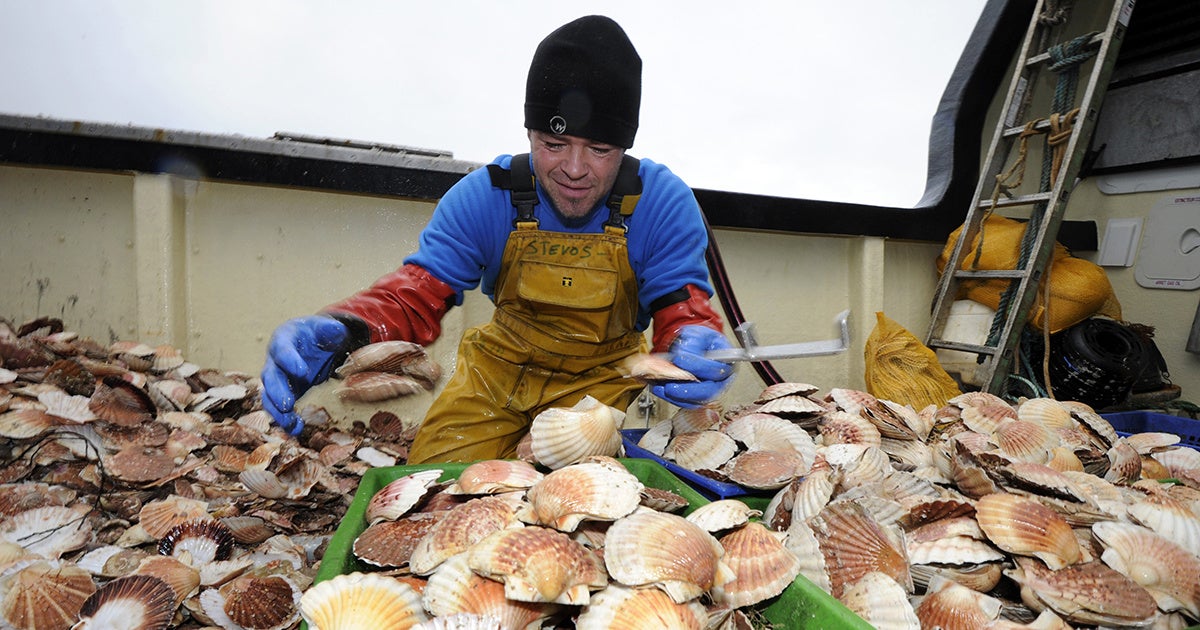 One of the biggest concerns surrounding the proliferation of microplastics in the world’s oceans is how they might move up the food web from smaller to larger marine life, eventually ending up in our stomachs.

Now, a first-of-its-kind study has shown just how quickly the tiny particles can accumulate in the bodies of shellfish under current levels of marine plastic pollution. The answer? Billions in just six hours.

Researchers led by a team at the University of Plymouth exposed the commonly sold great scallop (Pecten maximus) in the laboratory to concentrations of plastic nanoparticles equivalent to those found in the marine environment. After six hours, billions of 250 nanometer (nm) particles had spread through the scallops’ intestines, while even more tiny 20 nm particles had lodge themselves in the mollusks’ other organs including their kidneys, gills and muscles.

“The results of the study show for the first time that nanoparticles can be rapidly taken up by a marine organism, and that in just a few hours they become distributed across most of the major organs,” research leader Dr. Maya Al Sid Cheikh of the University of Plymouth said in a press release.

The study, which was published Nov. 20 in Environmental Science & Technology, was part of RealRiskNano, a project led by the University of Plymouth and Heriot-Watt University and funded by the UK’s Natural Environment Research Council (NERC) to determine the real risk posed by microplastics in the marine environment.

“This is a ground-breaking study, in terms of both the scientific approach and the findings,” Head of the University’s International Marine Litter Research Unit Prof. Richard Thompson OBE said in the press release. “We only exposed the scallops to nanoparticles for a few hours and, despite them being transferred to clean conditions, traces were still present several weeks later. Understanding the dynamics of nanoparticle uptake and release, as well as their distribution in body tissues, is essential if we are to understand any potential effects on organisms.”

The University of Plymouth has long been a leader in the study of microplastics. In fact, Thompson coined the term “microplastics” in a landmark 2004 paper. He was also part of a research team that just won two NERC 2018 Impact Awards for its work on the problem, the university reported Tuesday.

“These #NERCImpact Awards are fantastic recognition of the #microplastics research we have been doing in Plymouth for almost two decades.” https://t.co/xM7yITXPwX pic.twitter.com/ExQKfhenYS

But Thompson isn’t going to rest on his laurels. He is already planning how to build on the scallop study.

“A key next step will be to use this approach to guide research investigating any potential effects of nanoparticles and in particular to consider the consequences of longer term exposures,” he said.