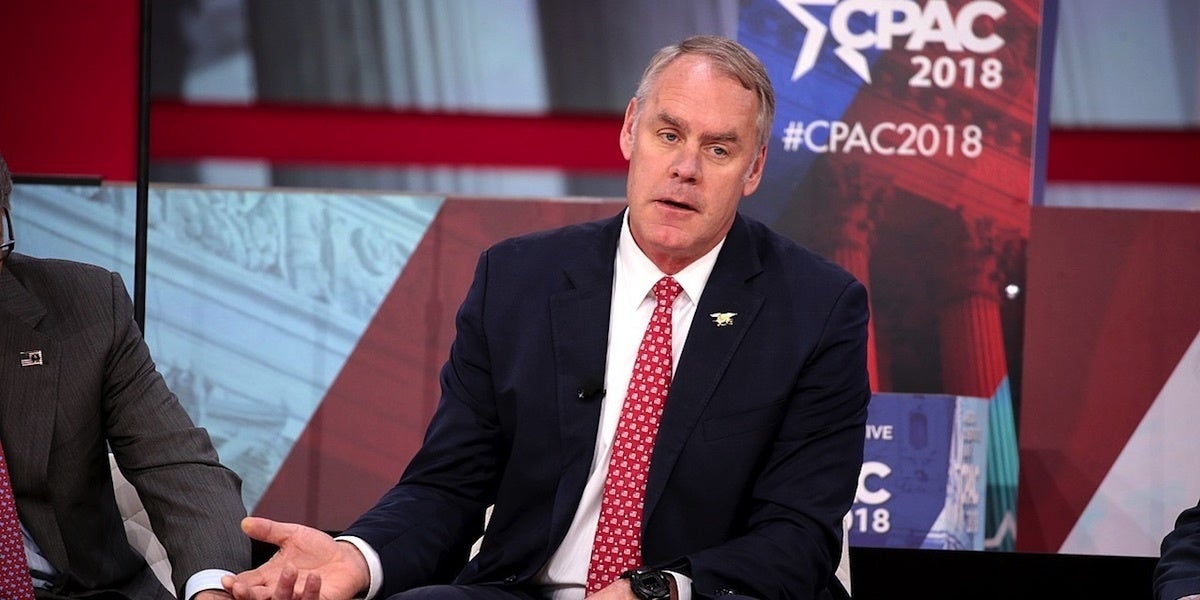 At the CERAWeek energy industry conference in Houston this week, Interior Secretary
Ryan Zinke said he’s “pro-energy across the board” but made it clear that he’s in favor of oil and gas over other types of domestic energy production.

According to
Bloomberg, Zinke praised the Trump administration’s push for fossil fuels, from expanding offshore oil drilling to slashing regulations. He also advocated for a partnership with oil and gas companies.

Zinke admitted that “certainly oil and gas and coal have a consequence on carbon,” but he then slammed wind turbines for their carbon footprint and for killing birds—a notorious charge from his windmill-hating boss in the White House.

“We probably chop us as many as 750,000 birds a year with wind, and the carbon footprint on wind is significant,” Zinke said.

Zinke’s remark is peculiar for two reasons. First, as
TIME pointed out:

Secondly, yes, birds are killed by turbines, but “Zinke is exaggerating the figure beyond virtually all published estimates,”
Axios noted, adding “turbines are a drop in the bucket when it comes to the human-related causes of bird deaths.”

Here’s a graph from Zinke’s
own agency for measure. Note how oil pits kill far many more birds than turbines. 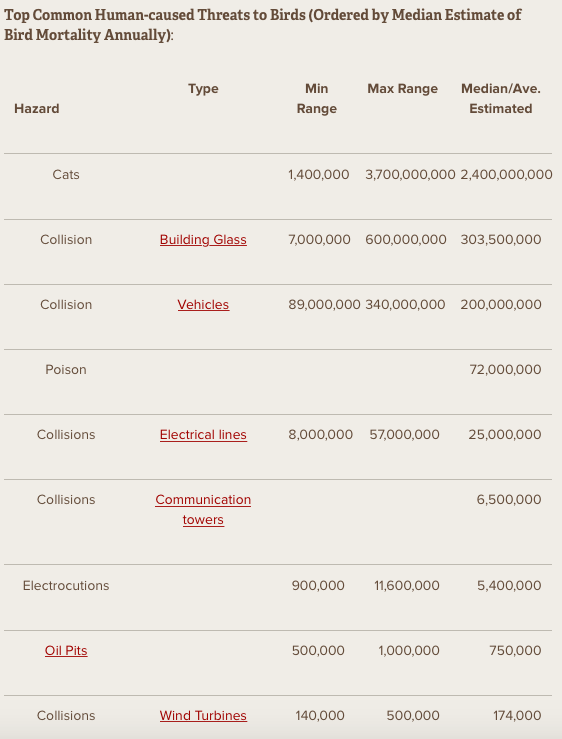 Even the National Audubon Society issued a response to Zinke’s exaggerated bird-death figure, pointing out that
global warming is far more harmful to birds.

“Wind turbines kill an estimated
140,000 to 328,000 birds each year, but the biggest threat to birds is climate change,” said Garry George, Audubon’s director of renewable energy. “More than half of the bird species in North America could lose at least half of their current ranges by 2080 due to rising temperatures.”

The Audubon favors properly-sited and operated wind and solar power, as renewable energy sources that help reduce the threats posed to birds and people by climate change.

During the same CERAWeek talk, Zinke ranted against
solar facilities built on public lands for taking up hunting and recreational space, Bloomberg reported.

However, the interior secretary sure doesn’t seem to object when oil and gas interests want to take the lands.