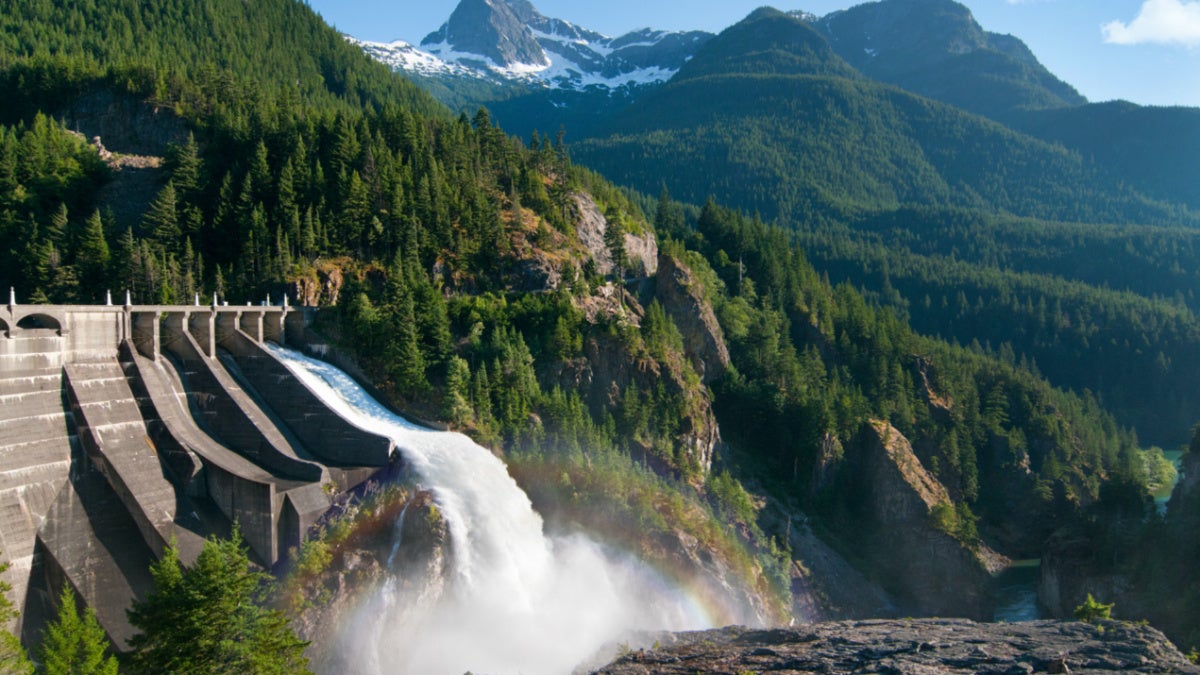 April 2020 was the first month ever that renewables generated more electricity than thermal coal in the United States every single day. Crady von Pawlak / Getty Images

April 2020 was the first month ever that renewables generated more electricity than thermal coal in the United States every single day, while across the Atlantic, the United Kingdom’s rapid decarbonization of its electricity grid has achieved another significant milestone – completing a whole month (30 days) without coal power for the first time in 138 years.

April 2020 was the first month in U.S. history that renewables generated more electricity than coal on every day of the month. That’s based on new data from the U.S. Energy Information Administration (EIA) and compiled by the nonprofit Institute for Energy Economics and Financial Analysis (IEEFA).

The daily consecutive run of renewables over coal began on March 25 and continued for 40 straight days through May 3. That breaks the previous record of just nine continuous days.

The strong output from utility-scale solar, wind, and hydropower is based on several factors, including low gas prices, warmer weather, new renewable capacity connecting to the grid late last year, and lower power demand because of the coronavirus.

IEEFA reported: “Coal’s high cost has made it increasingly one of the last fuel choices for many utilities, a trend reflected by its declining market share for electric generation: just 15.3% in April, according to preliminary EIA figures.

“EIA figures also show its share continued to erode, falling to 18.3% in February and 17.3% in March. As recently as 2008, coal’s market share was above 50% in the months of January, February and March.”

IEEFA had previously forecasted that power generation from renewables would likely surpass coal-fired generation in 2021, an important milestone in the energy transition that is well underway. But in the first quarter of 2020, renewable generation unexpectedly exceeded coal, and with this strong performance continuing in the second quarter, there is an increasing chance that the milestone could occur this year.

U.K. Goes a Month Without Coal Power for First Time for 138 Years

The United Kingdom’s rapid decarbonization of its electricity grid has achieved another significant milestone – completing a whole month (30 days) without coal power for the first time in 138 years, reported The Institute for Energy Economics and Financial Analysis (IEEFA) this week.

The milestone was reached on Sunday 10 May (U.K.) time and celebrated by National Grid ESO, the organization that runs the grid and is responsible for keeping the lights on nationwide. It was the first time this occurred since coal power was first used on the U.K. power system in January, 1882, at Holborn Viaduct.

Within a few years, there will be no coal generation at all – with the remaining plants shuttered, and one or two converted to gas by 2025. National Grid aims to be able to operate a fully zero emission grid when weather conditions allow from 2025, and is accelerating its adoption of new technologies and management systems that will allow it to side line gas power plants when possible.

Just a few days before the new month-long coal-free milestone, National Grid released its latest end of year planning report outlining the main achievements it has made in the long path to a fully decarbonized grid before 2050.

“We’re really proud of our zero carbon targets,” National Grid wrote in a blog a few days earlier. “In May 2019 there was a 2-week period where there was coal free operation of Great Britain’s electricity system. This has quickly been beaten after the record breaking sunlight in April.”

It noted that the carbon intensity of the electricity system has halved over the last five years, and is down 60 per cent when compared to 2013. “The recent low demand for energy due to COVID-19 has dramatically reduced the use of fossil fuel based generation, and this has been supported by our optimized renewable generation,” it says.

“And as supply changes, so to does demand, as renewables capacity and smart grid functionality increases further to enable the side-lining of gas power plants when possible.”

Reposted with permission from BrightVibes.