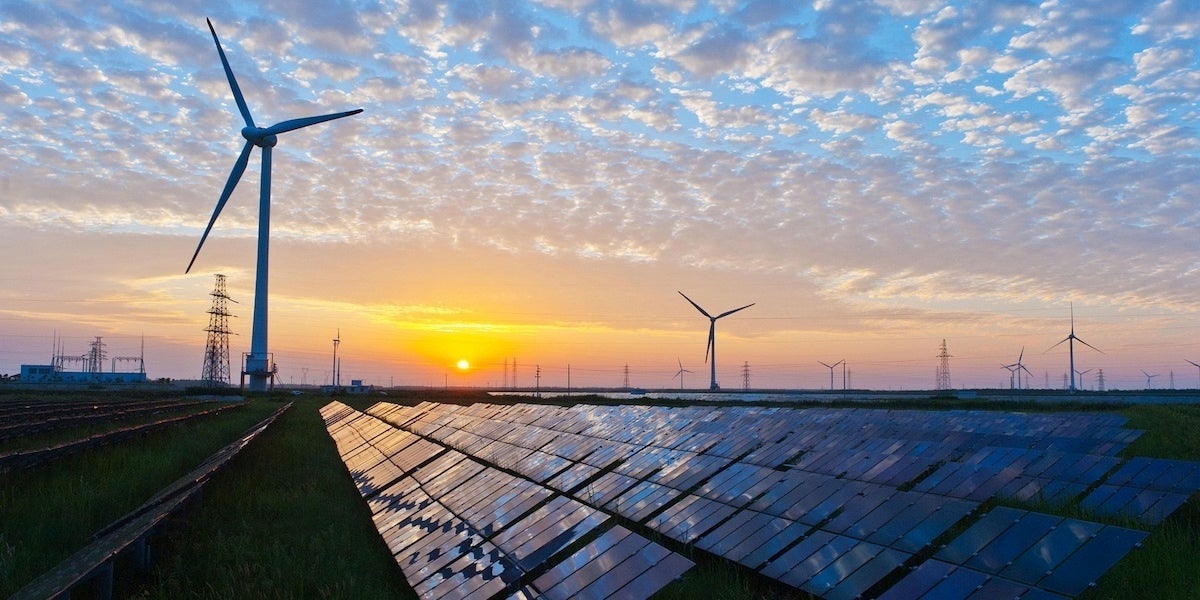 The solar photovoltaic industry employs the most people. Jobs increased about 9 percent to reach 3.4 million around the world in 2017, amid a record 94 gigawatts of installations last year. 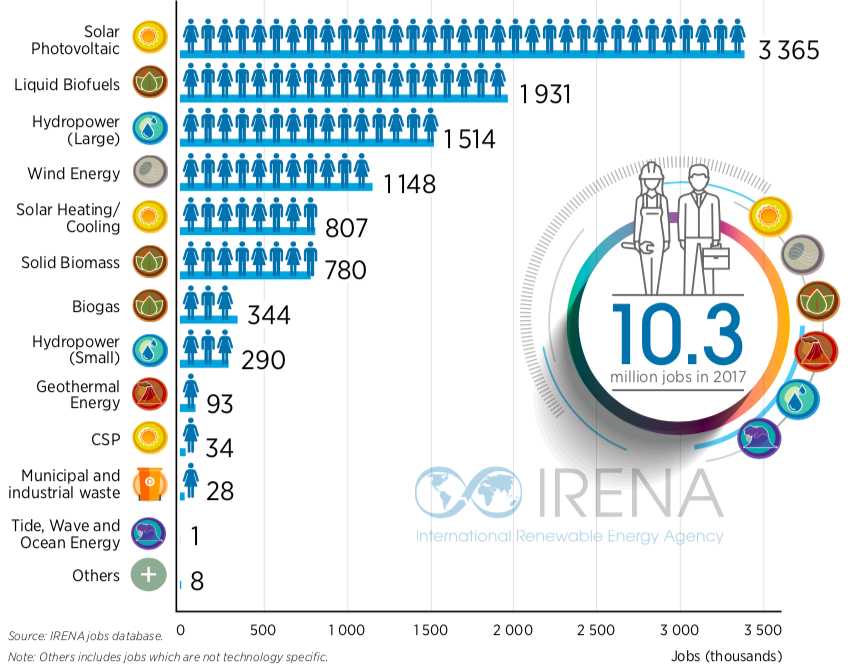 “Renewable energy has become a pillar of low-carbon economic growth for governments all over the world, a fact reflected by the growing number of jobs created in the sector,” said IRENA Director-General Adnan Z. Amin in a statement. 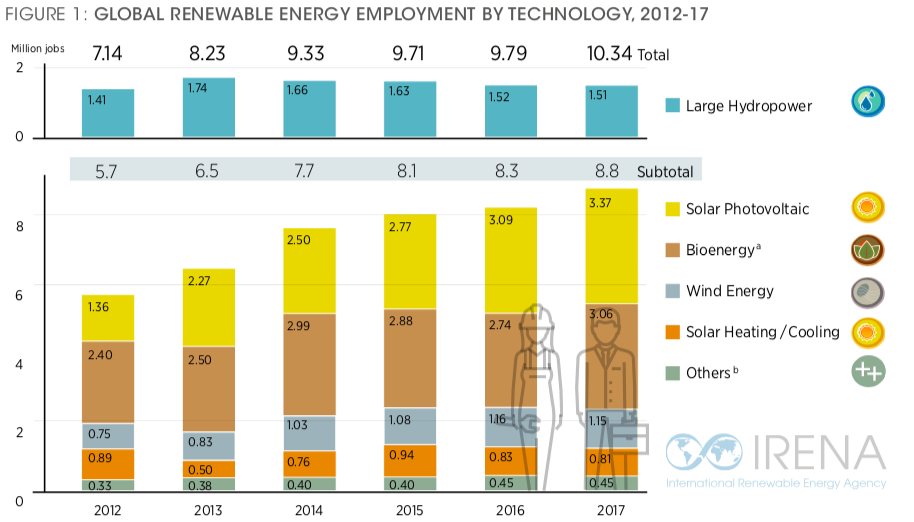 China—which is by far the world’s largest clean energy developer—accounts for a whopping 43 percent of all renewable energy jobs, particularly in solar heating and cooling (83 percent of the total jobs in that segment) and in the solar photovoltaic sector (66 percent) and wind power (44 percent), according to the report.

Although China is remains the world’s largest emitter and remains heavily dependent on coal, its shift towards clean energy is driven by concerns over the impacts of air pollution and climate change. As part of its Paris agreement pledge, China aims to derive 20 percent of its energy in 2030 from low-carbon sources.

“The data also underscores an increasingly regionalized picture, highlighting that in countries where attractive policies exist, the economic, social and environmental benefits of renewable energy are most evident,” Amin added. “Fundamentally, this data supports our analysis that decarbonization of the global energy system can grow the global economy and create up to 28 million jobs in the sector by 2050.”