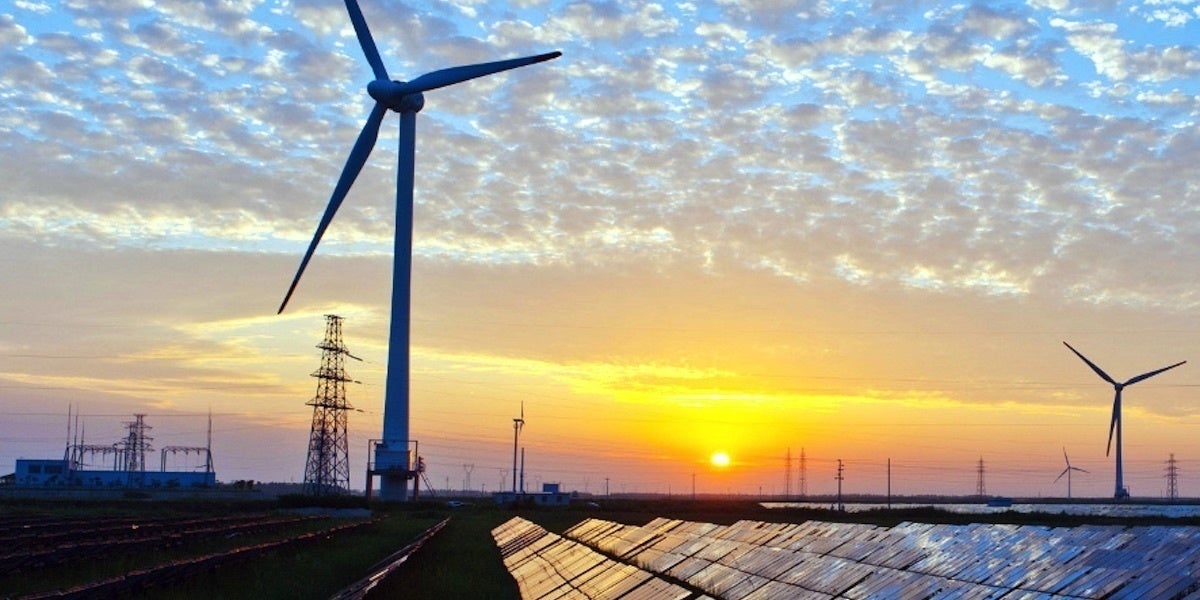 Renewable energy now makes up 18 percent of total electrical generation in the U.S., roughly double the amount a decade ago, a new report shows.

According to the sixth annual
Sustainable Energy in America Factbook, which outlines key U.S. energy trends, renewable energy output in the power sector soared to a record high last year and could eventually rival nuclear.

The factbook, produced for the
Business Council for Sustainable Energy by Bloomberg New Energy Finance (BNEF), shows that renewable generation boomed 14 percent in 2017 to hit 717 terawatt hours (TWh). This increase was driven mostly by the West Coast’s rebound in hydropower generation after years of drought as well as new wind and solar projects built in 2016 coming online in 2017.

Rachel Luo, senior analyst for U.S. utilities and market reform at BNEF and lead author of the report, told
Greentech Media that 18 percent might not sound like a lot but it brings renewable energy “within striking distance” of nuclear, which contributes about 20 of total annual U.S. electricity generation.

“In 2017 it’s a very significant story that renewables are making a lot of headway in pushing forward the decarbonization of the power sector, even as the
natural gas share decreases,” she said.

Indeed, as this chart below shows, natural gas slipped 2 percent last year, from 34 percent in 2016 to 32 percent in 2017. Coal, which used to dominate the U.S. energy landscape, has also shrunk to 30 percent.

Even though natural gas is still the number one producer of U.S. power, “[its] downtick could be from a variety of factors [such as] the increasing penetration of renewables, but load growth is also stalling and … natural gas prices have recovered a little,” Luo told Greentech Media.

In summary, the factbook said: “The massive and historic transformation of the U.S. energy sector clicked into a higher gear in 2017, despite new policy uncertainties. Renewable deployment grew at a near-record pace, energy productivity and GDP growth both accelerated, and the U.S. became a serious player in the global liquefied natural gas market. All of this combined to squeeze U.S.
greenhouse gas emissions to a 25-year low, while keeping costs in check for consumers.”