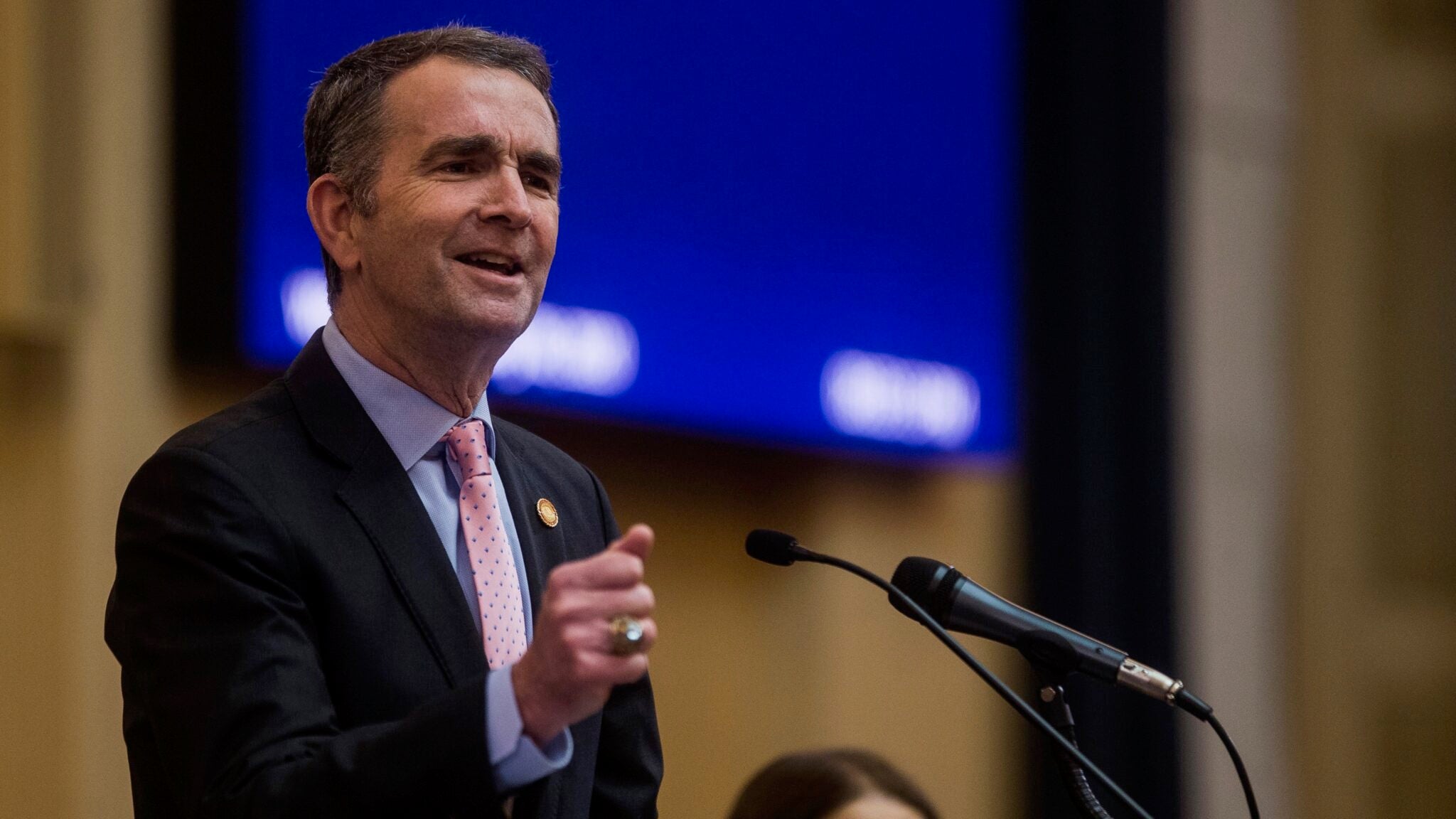 Virginia, which now has a Democrat as governor and Democrats in control of the statehouse, has followed the lead of several other blue states and committed itself to transition away from fossil fuels to a clean, renewable, carbon-free energy, as Vox reported. It makes Virginia the first state in the South to commit to 100 percent clean energy.

Last September, Gov. Ralph Northam signed an executive order for the state to run on 100 percent renewable energy completely by 2050. His order forced several state agencies to create a plan for meeting that goal and for moving 30 percent of the state’s power to renewable sources in the next decade, according to PBS. The order also brought Virginia into the Regional Greenhouse Gas Initiative (RGGI), a nine state carbon-trading market.

However, Republicans had control of the state house and prohibited Virginia from joining the Regional Greenhouse Gas Initiative. Yet, in November, the balance of power shifted to Democrats. That led to last week’s passage of the Virginia Clean Economy Act, as Vox reported.

The bill actually pushed Northam’s mandate up five years for Dominion Energy, one of the state’s two power companies. It will run on clean energy by 2045, at the latest. The other, Appalachian Power, will have to 2050 to transition.

The bill also calls for setting targets for massive investments in energy efficiency, energy storage and in-state solar and wind power, according to Green Tech Media. It also brings the state back into the RGGI carbon-trading network.

The Virginia Clean Economy Act will also hold costs down and protect low-income and vulnerable communities. It also requires the state’s energy suppliers to boost power storage, increase their offshore wind energy generation and invest in rooftop solar panels, according to Vox.

“The cost of doing nothing is staggering,” said State Sen. Jennifer McClellan of Richmond, as the Virginia Mercury reported. “Yes, this is a big bill, but it does some very important things that Virginia is far, far behind in doing. … Sometimes change is necessary to meet a greater good.”

While the bill faced criticism from Republicans who sounded the usual dog whistle of clean energy costing jobs and being expensive, it also faced Democratic defections, mainly from delegates who believed the bill isn’t strong enough.

General Assembly Delegate Ibraheem Samirah of Fairfax did not cast a vote, saying in a statement that he abstained “because the legislation fails to rise to the level of urgency needed to tackle the climate crisis,” according to the Virginia Mercury.

Unlike in Oregon, where Republicans fled the state to stop the state from establishing a cap-and-trade market, Virginia Republicans do not have the option of walking out and shutting down the legislature, as Vox reported.

[A] broad coalition of clean energy businesses, environmental groups, grassroots groups and lawmakers came together to craft the bills, negotiate with the state’s major utilities and shepherd them to final passage.
A number of businesses that are not tied to the energy sector also spoke up in support of these bills, helping state legislators understand that there is broad business support for decarbonizing the entire Virginia economy.

Furthermore, a study by Advanced Energy Economy concluded that the bill would lower rates, create jobs and boost the state’s GDP. Advanced energy, especially efficiency, is a huge and growing source of employment in the state, according to an AEE analysis, as Vox reported.