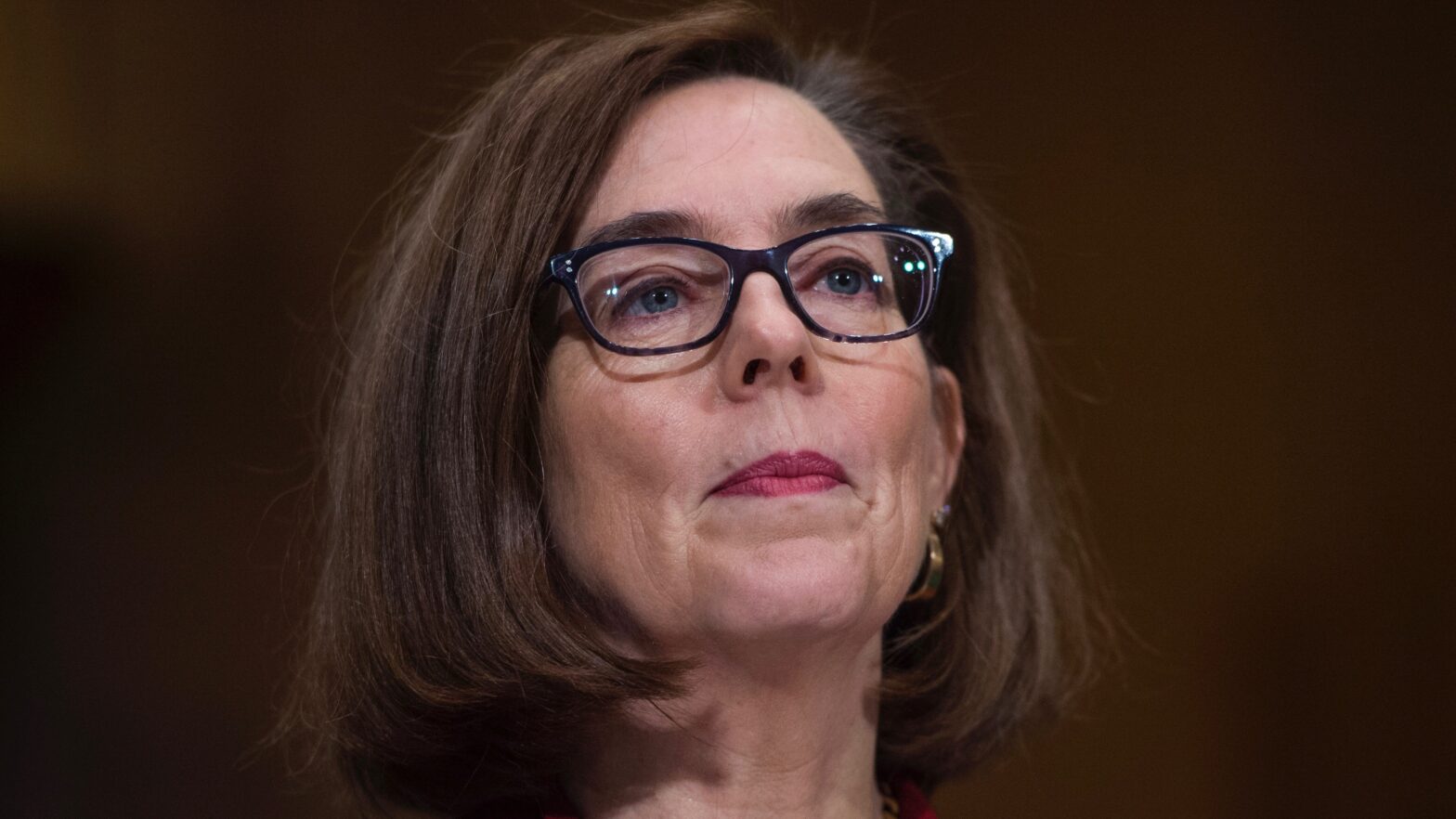 Oregon's Gov. Kate Brown (seen above) signed what she said was the most ambitious emissions target in the country. Tom Williams / CQ Roll Call / Getty Images

At the end of Oregon’s legislative session, Republicans fled the state to kill a cap-and-trade bill designed to reduce greenhouse gas emissions, effectively killing 100 other pieces of legislation as the short legislative session expired. Now that the state house is in recess, the governor found a work around, signing a sweeping executive order to reduce carbon emissions to at least 45 percent below 1990 levels by 2035 and 80 percent below 1990 levels by 2050, as the AP reported.

Oregon’s Gov. Kate Brown said it was the most ambitious target in the country. The 14-page executive order directs state agencies to impose strict caps on pollution from industry and transportation fuels, according to the AP.

“The executive branch has a responsibility to the electorate, and a scientific, economic, and moral imperative to reduce [greenhouse gas] emissions,” the order says, as Oregon Public Broadcasting (OPB) reported, “and to reduce the worst risks of climate change and ocean acidification for future generations.”

The executive order is far more sweeping than the legislative proposal that Republicans tried to kill. The new executive order affects 18 state agencies and commissions and directs them to focus on reducing emissions. For example, the order mandates agencies to alter building codes and to reduce the carbon intensity of gasoline. The order also includes provisions for energy efficient appliances and an order for reducing food waste, as OPB reported.

“I’ve heard it loud and clear from our young people in Oregon: Climate action is crucial and urgent,” Brown said at the signing of the order, surrounded by students, as the AP reported. “If we adults don’t take action right away, it is the next generation that will pay the price.”

While Brown has the authority to implement sweeping changes to reduce emissions, she does not have the authority to establish a statewide cap-and-trade market, which was the crux of the Senate bill that Republicans opposed.

“This executive order is extensive and thorough, taking the boldest actions available to lower greenhouse gas emissions under current state laws,” Brown said in a statement, according to OregonLive. “As a state, we will pursue every option available under existing law to combat the effects of climate change and put Oregon on a path we can be proud to leave behind for our children.”

Brown believes that establishing a marketplace where polluting carbon is prohibitively expensive is the most effective way to reduce greenhouse gas emissions. An auction for emissions would have also raised money for the state’s residence to adapt to a low-carbon future and to mitigate the effects of the climate crisis.

In lieu of a carbon market, she is going through a diligent sector-by-sector approach that she says will reduce emissions while allowing the state’s economy to grow, as OregonLive reported.

Brown’s executive order does have some resemblance to the Senate bill that failed to move forward. For example, carbon polluters in the industrial, transportation and natural gas industries will see their emissions capped by the state’s Environmental Quality Commission and Department of Environmental Quality, with allowable emissions reduced over time. Furthermore, the state will issue fewer and fewer permits that allow pollutants into the air, as OPB reported.

Oregon Republicans will mount a legal challenge to the executive order. “I think all this is going to do is initiate a whole bunch of lawsuits,” Senate Republican leader Herman Baertschiger Jr. said, as the AP reported.

Brown’s legal team said it was confident they would prevail in court.

“Oregon’s executive order is the right thing to do and reflects the urgency of the climate crisis,” Gina McCarthy, president and CEO of the National Resources Defense Council, said to the AP. “We need courage over cowardice and Oregon is showing that leadership today. It’s time for people to take priority over polluters and their friends in power.”