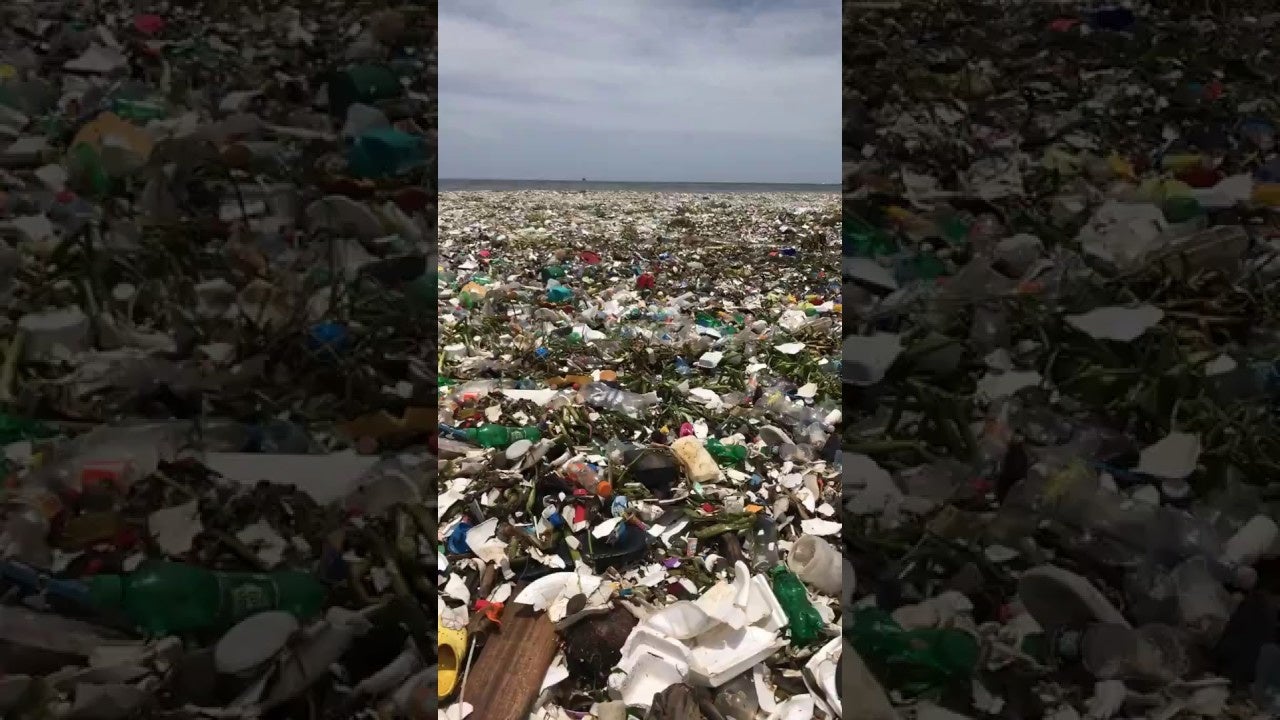 A literal wave of mostly
plastic marine debris, including beverage bottles and takeaway containers, was filmed washing ashore Montesinos Beach in the Dominican Republic capital after a storm on Thursday.

The footage was captured by the environmental nonprofit
Parley for the Oceans, which described the plastic flow as a “dense garbage carpet.”

In an interview with
BBC News, Parley founder Cyrill Gutsch described the scene as “unfortunately, the new normal.”

“Plastic is a design failure and there is no circular economy that can fix this,” he said. “It’s really the material itself, and we don’t believe this material can ever be contained.”

More than
8 million tons of plastic is dumped into our oceans every year, according to a 2015 study published in Science. This debris has negatively impacted more than 800 species of marine animals, a 2016 United Nations report found.

What’s more, as Gutsch noted, the chemicals that the plastics carry can also pose threat to the environment.

“Even if you recycle [plastic] and even if you use it in the best possible way, it always leaches chemicals. And that’s what you don’t see in this video, all these toxic liquids that come with it,” he told BBC.

Parley said it is working with the local navy, the army, public workers and the Santo Domingo government to clear the plastic tide.

More than 500 public workers were recruited for the operation. After three days of work, the teams collected 30 tons of plastic, the group said.

So far, six tons of the recovered plastic will be transformed into a material used to create products, Parley added.

The nonprofit has teamed up with a number of major sports and fashion brands to transform plastic collected and recycled from the oceans into new items such as running shoes and sunglasses.

For the first time in 30 years, the top ten most common trash items picked up on the beach were all made of plastic. https://t.co/hhxVtBOfEH #PlasticPollution