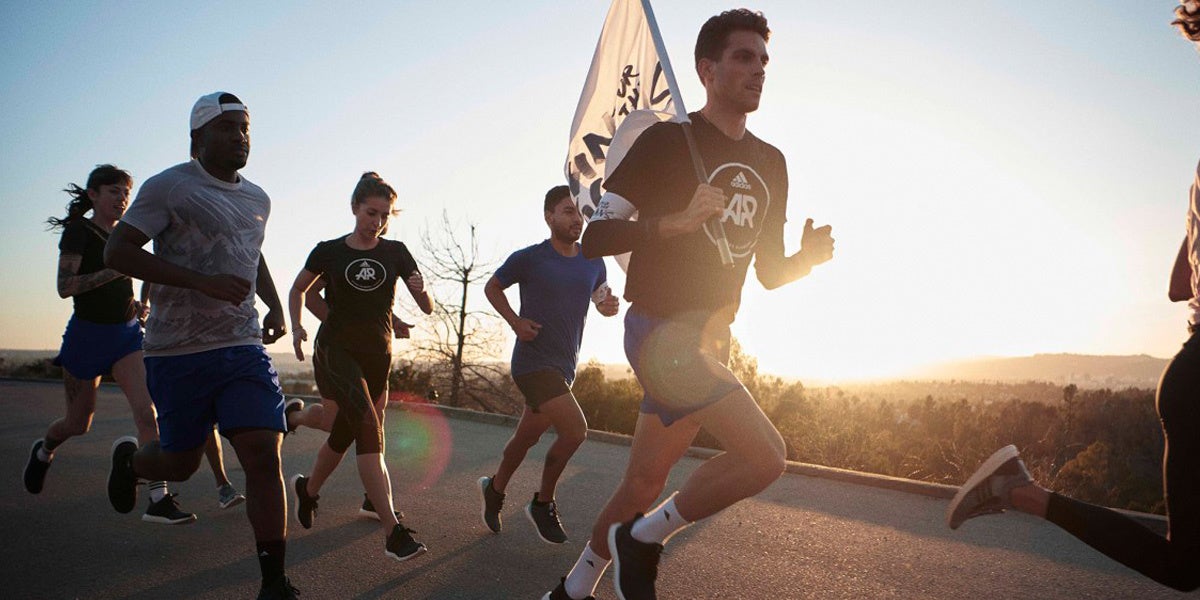 As World Oceans Day approaches June 8, the innovative non-profit Parley for the Oceans is teaming up with partners in the sports and fashion industries to raise awareness about the threats facing our oceans and take action to save them.

On Thursday, Adidas announced that it would once again work with Parley for the second annual Run For The Oceans. Starting World Oceans Day and lasting for one month, Adidas will donate $1 for every kilometer run by participants to the Parley Ocean Plastic Program, which targets marine plastic pollution specifically. To participate, runners can download the Runtastic App.

In the world of fashion, Porter Magazine teamed up with Parley to dedicate its summer issue, launching June 1, to plastic pollution, Business of Fashion reported. The cover features model, activist and Parley ambassador Anja Rubik.

“What we are trying to do by working with Porter is to highlight the beauty and fragility of our oceans, and to invite the fashion industry, especially luxury brands, to collaborate,” Rubik told The Evening Standard. “We have passed the point of raising awareness and symbolic actions; now it’s time for solutions that can be scaled quickly.”

The summer issue will feature an ocean-themed interview by Parley founder Cyrill Gutsch with oceanographer Sylvia Earle, who is spearheading the upcoming March for the Ocean June 9. Customers will also be able to purchase upcycled items made with Parley Ocean Plastic on the Net-a-Porter site like Clean Waves sunglasses and Adidas X Parley sneakers, Business of Fashion reported.

The sneakers are a testament to Adidas and Parley’s long-running partnership, as this year’s Run For The Oceans is another. On Earth Day, the two also partnered with Major League Soccer to promote Parley Ocean Plastic.

“At Adidas, we believe that sport has the power to change lives and the Run For The Oceans movement truly reflects this. We have created a unique global platform that gives everyone the opportunity to impact their lives by joining a collective running movement that fights marine plastic pollution. Seeing the adidas family unite for a shared purpose is what makes the campaign so powerful,” Andre Maestrini, the general manager of Adidas Sports Business Units, said.

Adidas will donate up to $1 million if participants run a million kilometers, specifically to the Parley Ocean School initiative, which gives children the chance to experience the ocean first-hand and value its protection.

To bring athletes and activists together, Adidas will host a series of physical runs in cities around the world, kicking off with a run in Los Angeles’ Temescal Park June 8.