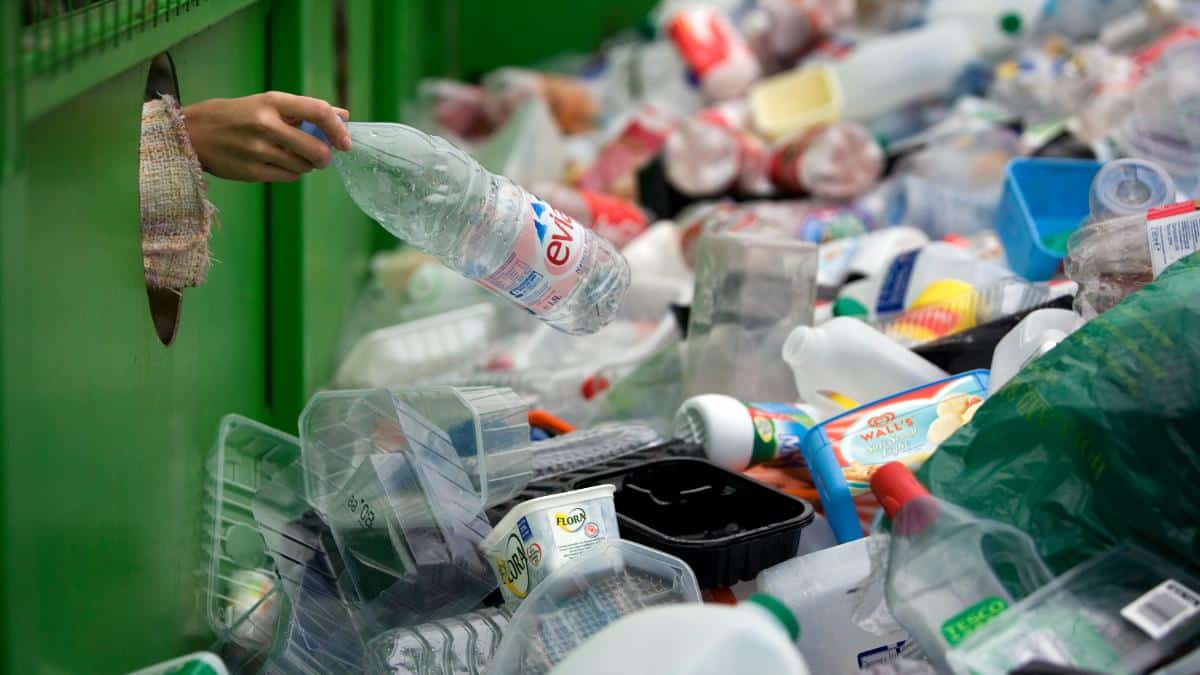 Researchers have devised a sweet solution to the plastic pollution crisis — turn it into vanilla flavoring.

In a study published in Green Chemistry last week, scientists at the University of Edinburgh detailed how they used common bacteria to transform polyethylene terephthalate (PET) plastic into a useful chemical for the first time, and that chemical is the flavor compound vanillin.

“This is the first example of using a biological system to upcycle plastic waste into a valuable industrial chemical and this has very exciting implications for the circular economy,” first author Joanna Sadler said in a statement published by the University of Edinburgh.

The research comes as more and more attention has been drawn to the fact that the current system for recycling plastic isn’t doing what it claims. In the U.S., for example, only 8.7 percent of the total plastics produced is actually recycled. Currently, plastics lose around 95 percent of their value after they are used only once, The Guardian pointed out. Finding new uses for the material could therefore make recycling more viable and move us towards an ideal circular economy in which no materials are wasted.

PET plastic, which is the type of plastic used to make bottles for water and other drinks, is possible to recycle, the University of Edinburgh noted. Despite this, around 50 million tonnes (approximately 55 million U.S. tons) of PET waste is produced each year. Another study published last week found that plastic bottles were the second most common form of marine litter, after plastic bags.

To address this problem, Edinburgh scientists built on previous research, which had figured out how to use enzymes to break PET down into terephthalic acid (TA), The Guardian reported. They then took the TA and used an engineered version of the common bacteria E. coli bacteria to transform TA into vanillin.

“This is a really interesting use of microbial science at the molecular level to improve sustainability and work towards a circular economy,” Royal Society of Chemistry publishing editor Dr. Ellis Crawford, who was not involved in the study, said in a statement. “Using microbes to turn waste plastics, which are harmful to the environment, into an important commodity and platform molecule with broad applications in cosmetics and food is a beautiful demonstration of green chemistry.”

Vanillin is in fact a highly desirable chemical, The Independent reported. It is used in everything from food and cosmetic flavoring to herbicides, anti-foaming agents and cleaning products. Demand for the chemical is increasing, and the market for it is projected to reach $724.50 million by 2025.

While the substance traditionally comes from the extract of vanilla beans, making it from petrochemicals is not unheard of. In fact, 85 percent of the world’s vanilla production is now synthesized from fossil-fuel chemicals. The researchers told the University of Edinburgh that the plastic-derived vanilla should be safe to eat, but more tests are needed before it ends up in stores.

The researchers also think they can generate more perfume chemicals from the TA, according to The Guardian. Further, they aim to both scale up the amount of plastic they can convert and speed up the time it takes to do so.

“We think we can do that pretty quickly. We have an amazing roboticised DNA assembly facility here,” study co-author Stephen Wallace told The Guardian.