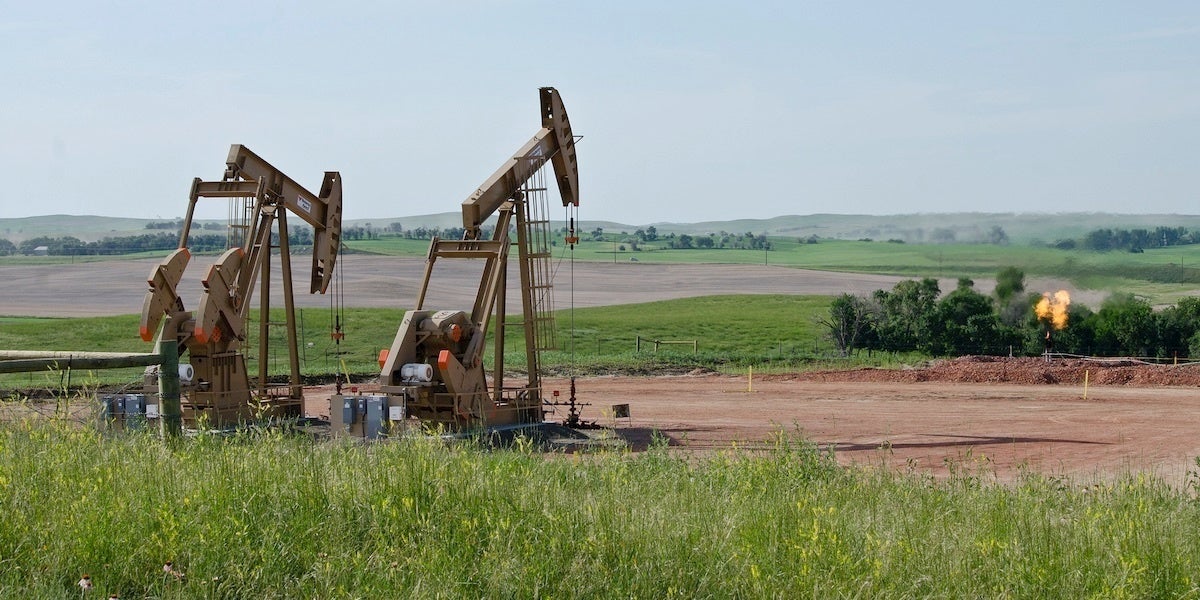 Produced water is a byproduct of oil and gas extraction, and can contain drilling chemicals if
fracking was used.

The pipeline is part of a gathering system owned by Dallas-based oil and gas producer Petro-Hunt LLC, which discovered the leak on Wednesday.

Bill Suess with the North Dakota Department of Health told
Grand Forks Herald they were able to stop the produced water from reaching a nearby dry creek bed.

Fossil fuel explorations and operations produce an incredible amount of
wastewater. Oil and gas reservoirs often contain water, which is brought to the surface along with the hydrocarbons. The fracking process itself also involves large quantities of chemically laden water being shot at high pressures into shale. Once fracking is done, much of the fracking fluid comes back up the well as “flowback” wastewater.

Dunn County, located in western North Dakota and part of the prolific
Bakken Shale oilfield, is “known for its oil activity,” according to the county website.

The cause of the leak is now under investigation. The North Dakota health department has investigated the site and will continue monitoring the investigation and remediation.

Walter Roach, vice president of Petro-Hunt, told the Bismark Tribune that its workers responded quickly to the spill and the company is committed to the clean up.

“We want to get it taken care of as quickly as possible,” Roach said.