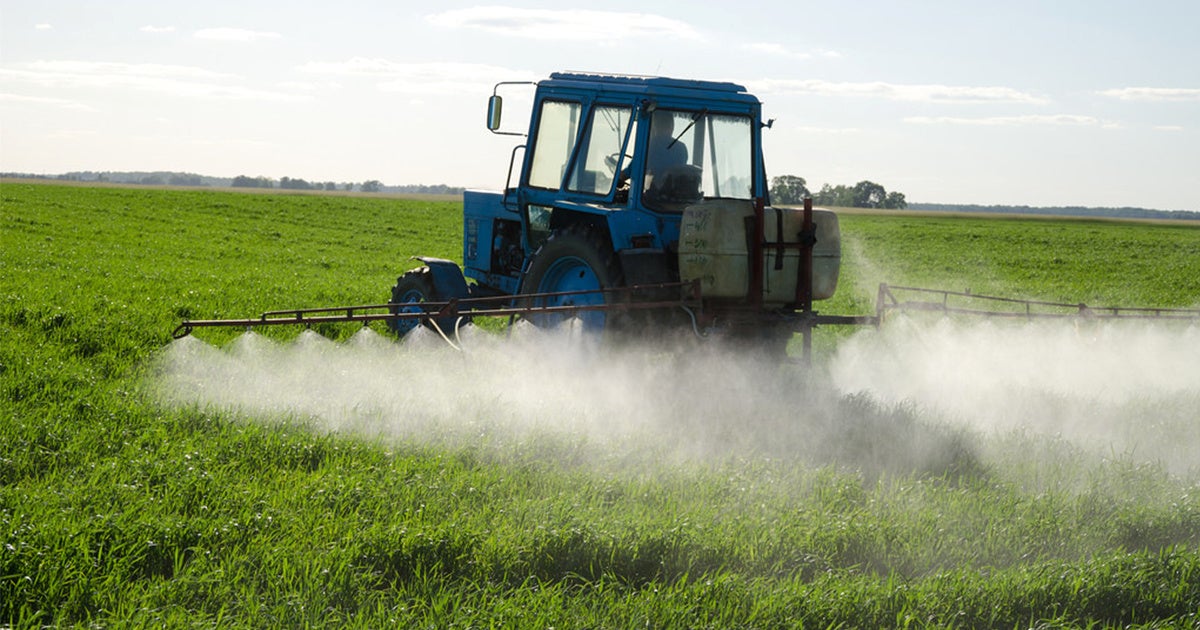 A tractor spraying a field with pesticides in Orem, Utah. Aqua Mechanical / CC BY 2.0

Environmental exposure to pesticides, both before birth and during the first year of life, has been linked to an increased risk of developing autism spectrum disorder, according to the largest epidemiological study to date on the connection.

The study, published Wednesday in BMJ, found that pregnant women who lived within 2,000 meters (approximately 1.2 miles) of a highly-sprayed agricultural area in California had children who were 10 to 16 percent more likely to develop autism and 30 percent more likely to develop severe autism that impacted their intellectual ability. If the children were exposed to pesticides during their first year of life, the risk they would develop autism went up to 50 percent.

While the results do not prove that pesticide exposure caused the children to develop autism, they do raise concerns about the consequences of pesticide exposure, something it is difficult for pregnant women or new mothers and their partners to control.

“I would hope that these findings would make some policy makers think about effective public health policy measures to protect populations who may be vulnerable and living in areas that could put them at higher risk,” lead study author and Fielding School of Public Health at the University of California, Los Angeles associate professor Ondine von Ehrenstein told Time Magazine. “Raising awareness in the public may be the way to eventually change practices and agricultural policies.”

The study looked at nearly 3,000 children diagnosed with autism who were born between 1998 and 2010 and compared them with more than 35,000 other children who were not diagnosed, Health Day reported. Von Ehrenstein told Time that she looked at exposure to 11 pesticides specifically that had been linked to intellectual impairment in animals and smaller human populations. The pesticides studied included diazinon, permethrin and chlorpyrifos. Chlorpyrifos has been the center of controversy recently as the U.S. Environmental Protection Agency (EPA) under the direction of Andrew Wheeler has demanded a new trial after a court ordered the agency to ban the pesticide that was found unsafe by its own scientists

The BMJ study also looked at exposure to air pollution, as well as the mother’s economic status and whether she lived in an urban or rural area and found that pesticide exposure still increased autism risk when those other factors were considered. However, University of Utah child and adolescent psychiatry assistant professor Amanda Bakian, who co-wrote an editorial in BMJ linked to the study, told Health Day that it had important limitations:

“This work looked at the impact of pesticide exposure within 2,000 meters of a person’s home,” she said. “And the researchers confined their analysis solely to exposure to outside air — not the air that’s inside your homes — in a highly agricultural area in California’s ‘bread basket’ area. So, we can’t necessarily generalize the findings to apply to other settings or environments,” Bakian explained.

“And the other thing that’s important is that while this study corroborates and builds on previous work, it also suggests that not all children who are exposed to the same pesticides will go on to develop autism,” she added.

Autism Society of America CEO Scott Badesch told Health Day that studies like this one were important to understanding autism and its causes.

“We also urge further research like this that might lead to specific public health actions and interventions for individuals and families,” he said.