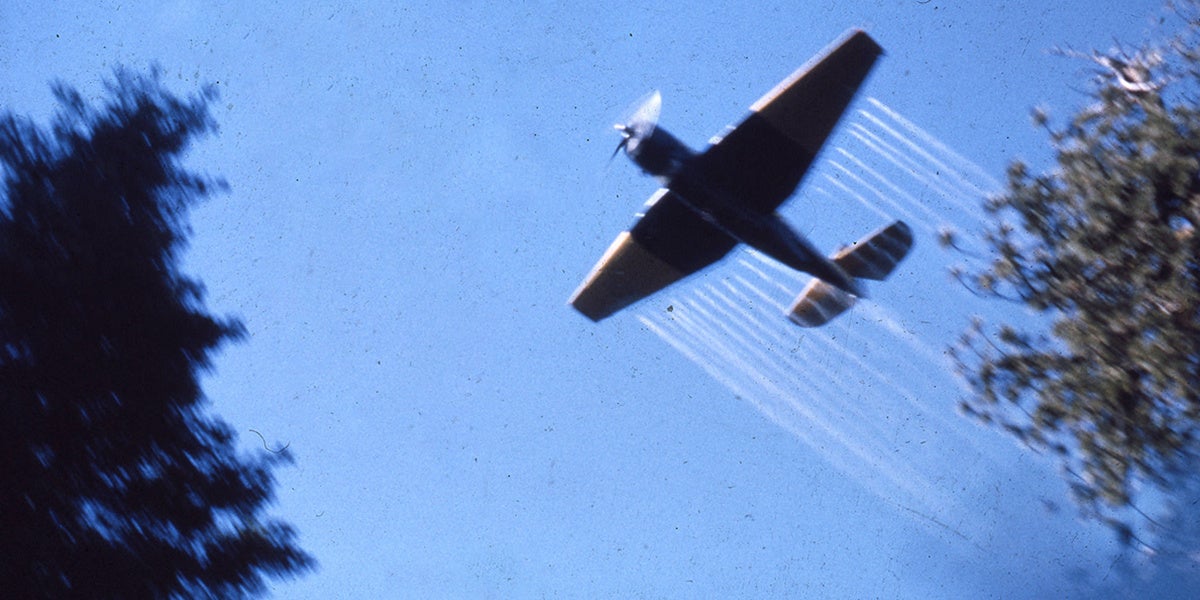 A study published in the American Journal of Psychiatry Thursday found that mothers exposed to the banned pesticide DDT were nearly one-third more likely to have children who developed autism, Environmental Health News reported.

“This adds another piece to the puzzle in terms of the possible risk factors for autism,” lead author and Columbia University Medical Center professor Dr. Alan Brown told ABC News. “Although we can’t prove that it is a cause, we are working towards learning more about how such environmental risks may be altering brain development and possibly increasing autism risk.”

Autism is a disorder that impacts communication ability and is associated with repetitive movements and behaviors. Incidence in the U.S. has increased from one in 150 children in 2000 to around one in 59 today, according to Environment Health News.

In Thursday’s study, Researchers looked at 778 cases of autism in Finland between 1987 and 2005 and matched the mothers in these cases to a control group whose children did not develop autism. They then analyzed maternal blood samples for DDE, a metabolite of DDT, and polychlorinated biphenyls (PCBs), another dangerous pollutant, according to ScienceDaily.

DDT was widely banned more than 30 years ago, but it takes such a long time to break down that people can still be exposed to it.

“We think of these chemicals in the past tense, relegated to a long-gone era of dangerous 20th Century toxins,” Brown said, according to ScienceDaily. “Unfortunately, they are still present in the environment and are in our blood and tissues. In pregnant women, they are passed along to the developing fetus.”

Professor Kristen Lyall of the Drexel Autism Institute at Drexel University, who was not involved in the study, told Environmental Health News that people are most often exposed to DDT by eating contaminated food, especially fish.

The U.S. Food and Drug Administration (FDA) told ABC News they were aware of the results.

“We are aware of the study and will carefully consider its findings,” they wrote in a statement. “The Federal Drug Administration has action levels for DDT, and this pesticide is included in our monitoring program. The most recent report summarizes the results of FDA’s pesticide monitoring program and shows that the levels of pesticide chemical residues measured by FDA in the U.S. food supply are generally in compliance with the U.S. Environmental Protection Agency’s pesticide tolerances.”

Researchers don’t yet know why DDT exposure would cause autism, but they have two hypotheses, Environmental Health News reported.

First, DDT exposure is linked to premature birth and smaller babies, both risk factors for autism.

Second, DDT exposure impacts the ability of androgens, male sex organs, to bind to receptors. This is an important step in neurodevelopment, according to ScienceDaily.

However, the study needs to be repeated to be confirmed and does not prove that DDT exposure causes autism.

A 2017 study by Lyall also assessing the impact of DDT and PCB exposure on autism risk found opposite results: PCB exposure increased risk and DDT exposure did not, Environmental Health News reported.

Lyall’s study was based in California and drew from a smaller population.

“It tells us about the importance about studying different populations, and then to home in on what might be different about this population to tell us even more about autism,” Brown told Environmental Health News.