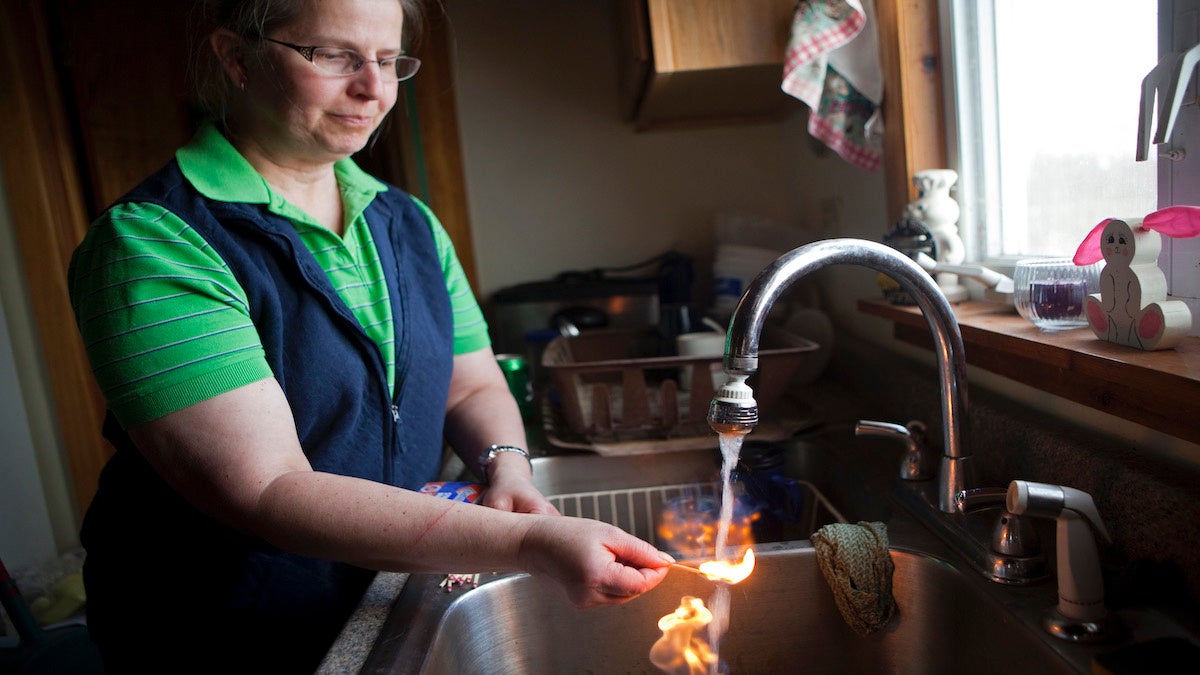 A woman ignites the tap water in her kitchen on March 19, 2012 in Granville Summit, Pennsylvania, within the Marcellus Shale region. Melanie Stetson Freeman / The Christian Science Monitor / Getty Images

Pennsylvania regulators failed to protect public health and the environment from pollution and other harms caused by fracking operations, a grand jury investigation concluded.

The scathing 235-page report, outlined by Attorney General Josh Shapiro yesterday, is based on 287 hours of testimony from 70 households in the shale gas fields as well as government officials. It detailed the systemic failure of the state environment and health departments to protect the public from the “inherent dangers” of fracking operations. “As we see it, the purpose of government agencies like [the Department of Environmental Protection] is to proactively … prevent harm — not wait and see if the worst really happens,” Shapiro said.

The grand jurors concluded fracking caused residents to suffer from listing rashes, headaches, nausea, tremors, and burning eyes — symptoms that would often subside when residents left their homes. Parents testified that their children would wake at night with severe nosebleeds and in one instance vibrations from fracking forced worms “up out of the ground” into yards and basements. “That is not a reality we are willing to accept,” the jurors wrote.