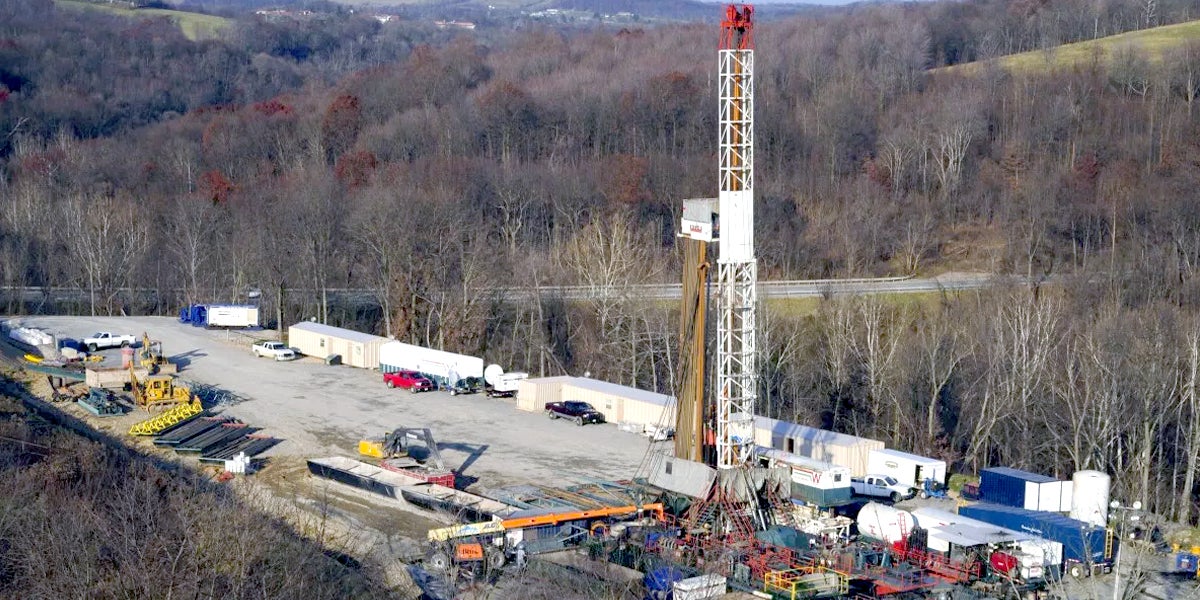 Earthquakes in Pennsylvania are usually rare but fracking operations triggered a series of small temblors in Lawrence County last year, officials at the state’s Department of Environmental Protection (DEP) announced in a Feb. 17 report.

Hilcorp Energy Co., a Texas-based oil and gas company, was fracking a pair of wells in the Utica Shale when seismic monitors detected five earthquakes measuring between 1.8 and 2.3 on the Richter scale between April 25-26, 2016.

“Our analysis after doing the review… is that these events are correlated with the activity of the operator,” DEP Acting Secretary Patrick McDonnell told Penn Live.

While the tremors were too small to be felt by humans or cause any damage, they are the first quakes in the state to be blamed on fracking. Pennsylvania happens to be the second largest natural gas-producing state in the country.

“At least within Pennsylvania, this is the first time that we have seen that sort of spatial and temporal correlation with [oil and gas] operator activity,” Seth Pelepko, chief of well-plugging and subsurface activities for DEP’s oil and gas management program, told Allegheny Front, a western Pennsylvania public radio program.

“No faults identified along portions of the well bore where these seismic events were detected,” Pelepko continued.

Hilcorp spokesman Justin Furnace said operations were immediately suspended after learning about the tremors. Fracking and stimulation operations have since been discontinued at the well pad indefinitely.

The DEP said that Hilcorp was using a technique known as “zipper fracturing” at the time, which involves the concurrent fracking of two horizontal wellbores that are parallel and adjacent to each other.

So how did the earthquakes happen? As Penn Live explains:

Four wells were drilled to depth of about 7,900 feet in that location.

Evidence indicates that induced earthquakes occur when the separation between Utica Shale and basement rocks is lessened during drilling operations. That means, when someone drills too close to basement rocks, there can be earthquakes.

Pelepko said that seems to have been the case in Lawrence County, where the basement rock is shallow compared to other areas in the state.

The distance between Utica Shale and basement rocks were between 2,500 to 3,000 feet at the fracking site.

The DEP has since given a number of recommendations to Hilcorp, including the discontinuation of zipper fracturing near gas wells in North Beaver, Union and Mahoning Townships where the earthquakes occurred. Additionally, the company must shut down operations and notify the DEP should any earthquake larger than 2.0 or three successive quakes between 1.5 and 1.9 in magnitude occur within a three-mile distance of a wellbore path.

Earthquakes caused by fracking a well are uncommon. However, the notorious spate of earthquakes in Oklahoma, which were caused by the disposal of large quantities of fracking wastewater into underground wells, are rampant. The disposal of wastewater produced from fracking, has led to the alarming increase of earthquakes with magnitude-3 or larger by nearly 300 times, or 30,000 percent in north-central Oklahoma alone. In 2014, more than 5,000 earthquakes were reported.

But a 4.8-magnitude frack-quake that struck Alberta, Canada in Jan. 2016 set a world record for the largest earthquake triggered by the controversial drilling process.