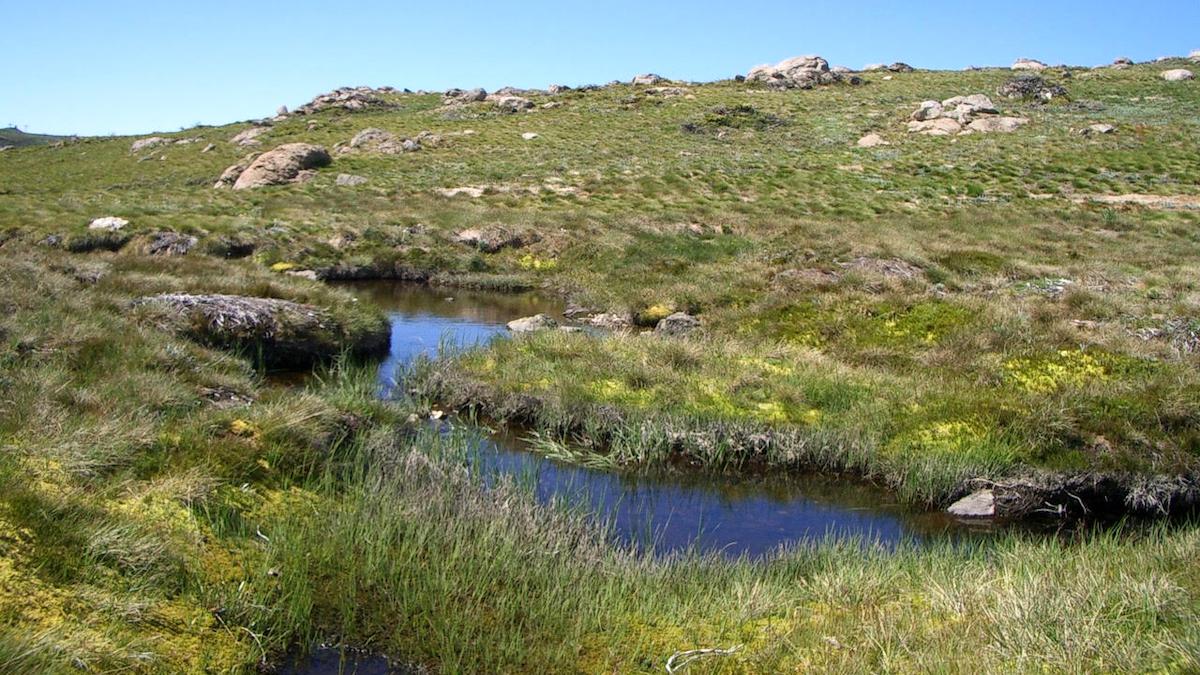 Peatlands are unique wetland ecosystems that also provide an important sink for carbon dioxide. Unfortunately, they are under threat from human activity, and from the climate crisis itself.

Peatlands are a type of wetland that can be found in nearly every country on earth and cover around three percent of total land area, according to IUCN. They are formed when standing water slows the decomposition of plant matter, eventually creating peat.

Because this peat is formed of plants that have drawn carbon dioxide down from the atmosphere through photosynthesis, it is an incredibly important tool for fighting the climate crisis. In fact, peatlands are the world’s largest land-based carbon sink, sequestering 550 gigatonnes of carbon, more than any other vegetation type including forests.

Peatlands do more than just store carbon, however.

“Peatlands provide many ecosystem services that people rely on, such as clean water, food and flood protection from storms,” Rowland said.

They are also important for biodiversity, providing habitat for unique species like Sphagnum moss and the threatened Southern Corroboree frog. The 60 percent decline in the population of Borneo orangutans over the last sixty years has been linked to the destruction of their peat swamp habitat, according to IUCN.

As the case of the orangutans illustrates, peatlands are at risk from human activity.

“Many peatlands all around the world have been converted for agriculture or developments, and face mounting threats from drying out or fires due to climate change,” Rowland said.

In Europe, for example, another recent study found that 20 percent of the continent’s raised bogs are at risk from drainage or the climate crisis. In Australia, Rowland pointed out, the country’s alpine peatlands face pressures from climate change, fire, trampling by deer and horses and invasive weeds.

All of this is bad news for the climate. Damaged peatlands contribute around 10 percent of the greenhouse gas emissions from land use, according to IUCN. Fires in Indonesian peat swamp forests in 2015 emitted more carbon dioxide each day than the entire U.S. economy.

So what can be done to protect and restore these essential ecosystems? To answer that question, Rowland and her team conducted something called a “rapid evidence review.” This is a method often used in the healthcare field to quickly communicate important scientific findings to policymakers, the study authors explained.

“Rapid evidence reviews are a new approach to rigorously and quickly synthesising information – unlike traditional systematic reviews, which can take years,” Rowland told EcoWatch. “Rapid reviews can do this by systematically searching the literature for reviews rather than primary studies. In our study, we captured information from 453 unique papers in the 23 reviews that we included.”

This can be achieved through various methods including rewetting, shading, mowing, and controlling grazing animals like deer and replanting vegetation. Further, one conservation action can have many positive impacts.

“Many of these interventions were effective as restoring multiple features across the ecosystems – rewetting to increase the water table improved the hydrological conditions, but also improved the chemistry and cover of key plant species,” Rowland said.

However, conservationists need to be aware of the state of a given peatland before they plan an intervention.

“Replanting key peatland species is unlikely to be helpful if the peatland has dried out, as the water-loving plants likely won’t survive,” Rowland explained.

While taking actions like restoring water levels and vegetation is important, it is equally important to protect peatlands from being degraded in the first place, such as preventing trampling from grazing animals or stopping the soil from drying out.

Rowland and her Monash University team hope their findings will be applied in Australia. To that end, they have prepared fact sheets to share with policy makers, land managers and other researchers. Next, they want to use the rapid evidence review method to determine conservation best-practices for other ecosystems.

“We are also applying the rapid evidence review approach to the conservation of Australian woodland ecosystems and we aim to develop a guide to help others apply the method to their own systems,” Rowland said.

They also plan to do more work on peatland conservation by speaking to land managers and researchers about insights and experiences that may not have made it into peer-reviewed papers.

“Our team is working on a project that brings together land managers, researchers and policymakers to identify the key research questions that need to be answered to enhance the conservation of Australian alpine and subalpine peatlands,” Rowland said.