Oxfam Warns 12,000 Could Die Per Day From Hunger Due to Pandemic 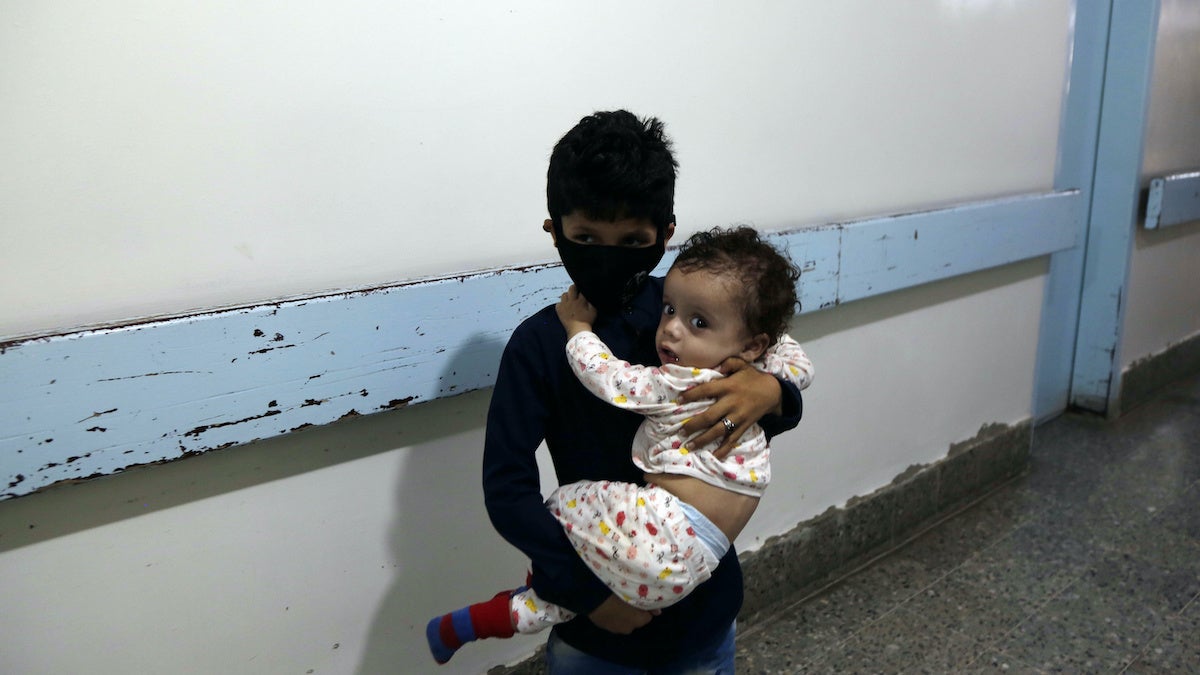 Oxfam International warned Thursday that up to 12,000 people could die each day by the end of the year as a result of hunger linked to the coronavirus pandemic—a daily death toll surpassing the daily mortality rate from Covid-19 itself.

Oxfam’s warning comes in a new report entitled The Hunger Virus, which the humanitarian group says “shines a light on a food system that has trapped millions of people in hunger on a planet that produces more than enough food for everyone” and that has enabled global food and beverage giants to lavish billions on shareholders since the coronavirus crisis erupted.

Kadidia Diallo, a female milk producer in Burkina Faso quoted in the report, puts the crisis in stark terms.

“We are totally dependent on the sale of milk, and with the closure of the market we can’t sell the milk anymore,” she said. “If we don’t sell milk, we don’t eat.”

The publication says the hunger crisis is set to deepen in already existing “hunger hotspots” like Yemen, Democratic Republic of Congo (DRC), Afghanistan, and Syria. In those locations, the pandemic “has added fuel to the fire of an already growing hunger crisis.” But millions of people in other countries are poised to be “tipped over the edge” as the virus rages, with nations including Brazil and India likely to emerge as new hunger hotspots.

“Covid-19 is the last straw for millions of people already struggling with the impacts of conflict, climate change, inequality, and a broken food system that has impoverished millions of food producers and workers,” Oxfam interim executive director Chema Vera said in a statement. “Meanwhile, those at the top are continuing to make a profit: eight of the biggest food and drink companies paid out over billion to shareholders since January even as the pandemic was spreading across the globe—10 times more than the U.N. says is needed to stop people going hungry.”

Hunger Virus attributes the projected daily death toll to “spiraling unemployment and the economic disruption” as a result of measures to contain the pandemic, citing lost wages; lack of unemployment insurance; an estimated 20% drop in remittances—which are “a lifeline for millions of families that are living in poverty”; insufficient or absent social protection policies; evictions that lead to loss of land on which to grow crops; and restrictions that have slowed or barred the delivery of crucial humanitarian aid.

There also appear to be bad actors exacerbating the crisis. From the report:

There are also worrying signs that some companies are using the pandemic to take advantage of consumers. The Food and Agriculture Organization (FAO) Food Price Index, which tracks the average price supermarkets and other retailers pay for a basket of basic goods, has fallen steadily since January 2020. However, consumer prices are going up in many countries as a result of disruption to local production and supply chains, inflation, panic buying, and potential price gouging (where goods are sold at a much higher price than is considered reasonable or fair). In the USA, for example, consumer prices increased by 2.6% for groceries, on average, but farm income fell.

Many of the issues fueling the fears of starvation existed well before the coronavirus crisis emerged. The report points to “our industrial model of agriculture production, heavily reliant on chemical inputs to grow vast monocrops for export,” which “was failing to provide food security and alleviate poverty for millions of people.” Further, “the powerful agricultural traders, food and beverage corporations, and supermarkets that dominate the food sector are able to dictate the price and terms of food trade.”

The climate crisis was affecting food insecurity before the pandemic, as were conflicts, such as in Syria and Yemen, where millions are facing humanitarian disaster, including insecure, at best, access to food. “Hunger can also be a weapon of war,” adds the report. “Warring parties can destroy markets and warehouses, suspend food imports, and cut transportation links to gain power.”

Deep inequality was another standing issue. The report notes:

[P]rofound inequalities extend to the food system, where unequal access to food rather than insufficient global production is leaving people hungry. Financial investments in large-scale agribusiness are often prioritized, while investments in small-scale producers are woefully neglected. Meanwhile, supermarkets and food and drink companies continue to keep the lion’s share of the price consumers pay for their products.

Urgent action is required, Oxfam says, not only to address the immediate hunger crisis but to “build more resilient and sustainable food systems that work for all people and the planet.”

“Governments must contain the spread of this deadly disease,” said Vera, “but it is equally vital they take action to stop the pandemic killing as many—if not more—people from hunger.”

“Governments can save lives now by fully funding the U.N.’s Covid-19 appeal, making sure aid gets to those who need it most, and cancelling the debts of developing countries to free up funding for social protection and healthcare,” said Vera.

“To end this hunger crisis,” she continued, “governments must also build fairer, more robust, and more sustainable food systems, that put the interests of food producers and workers before the profits of big food and agribusiness.”