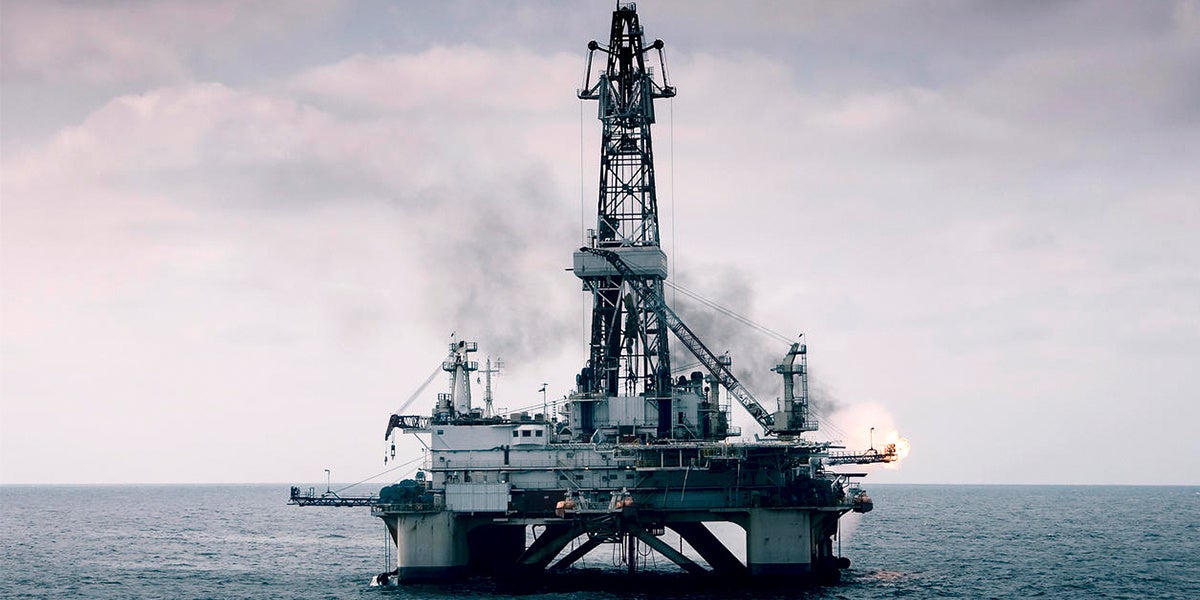 President Trump has launched the most sweeping industrial assault in history on our oceans, marine life, coasts and all they support, proposing to expose nearly all U.S. waters to the risk of another BP oil spill–style disaster.

In a move that would put every American coastal community at risk, Trump proposed Thursday to hand over vast reaches of waters currently protected from drilling—in the eastern Gulf of Mexico and the Atlantic, Pacific and Arctic oceans—to the oil and gas industry.

If Trump gets his way, iconic fishing grounds like George’s Bank, treasured recreational waters like the Florida Straits, and critical marine-breeding areas like those off the California coast would be exposed to the dangers of blowouts, explosions, catastrophic spills, seismic blasting and other perils that come with these inherently hazardous industrial operations at sea. We could see drill rigs going up in federal waters off our coasts from Maine to Florida, from California to Alaska, and everywhere in between.

Trump’s proposal comes on the heels of two moves that needlessly increase those dangers. Over the holidays, the Trump administration proposed weakening offshore drilling and production safeguards that grew directly from lessons learned from the BP disaster. And earlier in December, the administration killed an independent study needed to help modernize and strengthen responsible public oversight of oil and gas operations at sea. This three-front assault on our oceans and coasts is madness—and it’s maddening.

We all remember the 2010 BP blowout that killed 11 workers, dumped more than 200 million gallons of toxic crude oil into the Gulf of Mexico, and threw scores of thousands of people out of work. Watching oil gush into pristine ocean waters for 87 days while the industry fumbled, unable to stop it. The ghastly pictures of pelicans, dolphins, turtles and other marine life dying and coated in oil that polluted more than 1,100 miles of coast. And the presidential commission that told us what went wrong and what we needed to do to prevent anything like it from happening again.

Trump wants us to forget all that and let the oil and gas industry have its way with our workers, waters and wildlife. Far from protecting us from the next BP-type disaster, he’s increasing the odds of another one.

If Trump gets his way, we’ll know less about the dangers of offshore drilling, we’ll have fewer tools to reduce those risks, and we’ll have more waters and coasts exposed to hazard and harm.

The U.S. will produce more crude oil today—9.2 million barrels—than at any other time since the early 1970s. When you add natural gas liquids, which are refined much like crude oil, we’re up to 12.9 million barrels a day, our highest level ever and up 90 percent over just the past decade.

To those who think oil is a national security commodity, we now export 6.2 million barrels of crude oil and refined petroleum products each day—up 343 percent since 2008. That’s enough to meet a third of our daily demand, but the industry is shipping it overseas.

This isn’t about national security or some speechwriter’s pipe dreams of energy “dominance.” It’s about putting fossil fuel profits first—and putting the rest of us at risk. Its reckless. It’s reprehensible. It’s wrong.

There may be nothing more essential to the natural systems that support and sustain all life on earth than clean and healthy oceans. Oil and gas production at sea puts all that at risk of blowouts, explosions, disastrous spills and the sonic blasts used in exploration that can be dangerous, even lethal, to whales and other marine life. Burning oil and gas creates carbon pollution that drives climate change—warming our oceans, raising sea levels, and threatening our coastal communities. And much of that carbon pollution settles into our oceans, making our waters more acidic and wreaking havoc on shellfish, coral reefs and other foundational forms of life at sea.

Protecting the waters that sustain life on our planet begins with ending our reliance on fossil fuels as quickly as possible, by investing in energy efficiency so we do more with less waste; modernizing our transportation systems; and getting more clean power from the wind and sun.

As we shift away from the dirty fuels of the past toward cleaner, smarter ways to power our future, we must limit, not expand, the waters that are exposed to the hazards of offshore drilling. And we must do everything we can to reduce the risks of what is, by its nature, dangerous work, by strengthening commonsense safeguards, not weakening them.

Trump is trying to take us in exactly the wrong direction. This, though, is not a done deal—far from it. These are public waters; they belong to you and me, and we have a say in their care. It’s time for all of us to join with the hundreds of state, local, and federal elected officials, tens of thousands of business leaders, and half a million fishing families who understand how much healthy oceans mean to us and want to protect these waters and all they support from the hazards and harm of offshore drilling.

Nobody voted for this reckless assault on our oceans. It’s time we stood up to put a stop to it.

Rhea Suh is the president of the Natural Resources Defense Council.