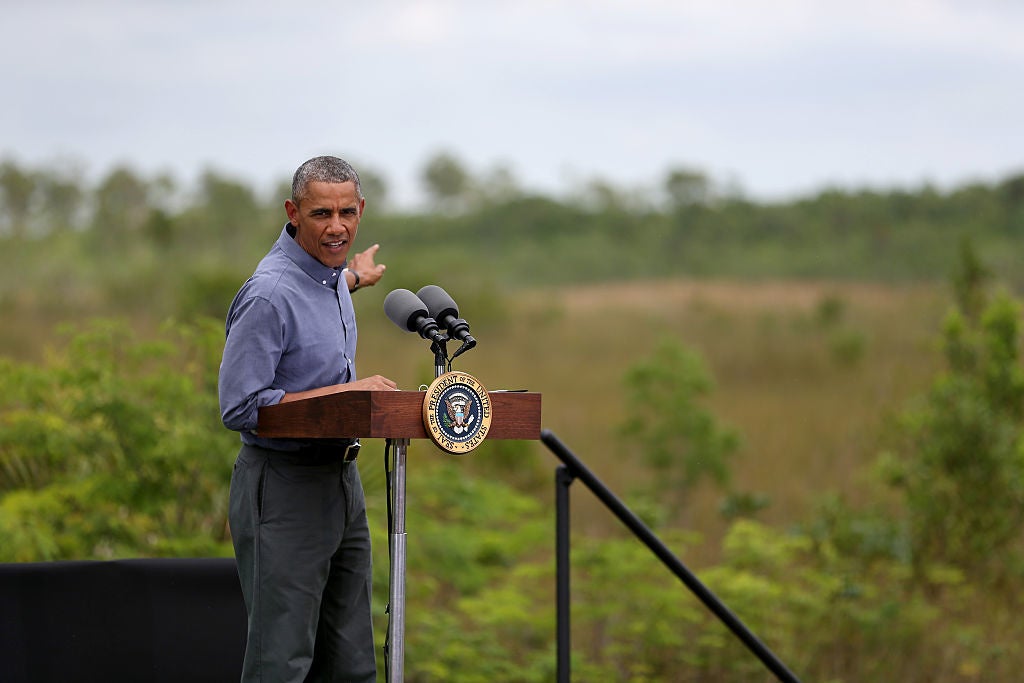 During a
recent interview in Norway, former president Barack Obama answered an interesting question: What would you do if you had one more day as president?

In response, Obama said there was “a lot of unfinished business” when he left office, but if he had more time, he would urge a higher global focus on preserving the environment and would build on some of the progress made during his presidency.

The “single highest priority that I see globally” are the issues of environmental sustainability and
climate change, he said at the Oslo Business Forum on Wednesday.

Obama noted that the
Paris climate agreement was an “important step in the right direction, but it was only a first step, and so much more work needs to be done.”

“Unfortunately, we have currently a U.S. administration that feels differently around these issues,” Obama said, drawing laughter from the audience of business leaders.

Although Obama did not name his successor directly, the comment was a clear ding at President
Donald Trump, who rejects climate science and decided to withdraw the U.S. from the Paris deal last year. Trump and his administration have rolled back a slew of environmental and climate regulations in favor of fossil fuel interests and other polluting industries.

The Associated Press even called Obama’s remark a “swipe at Trump’s attitude on environment.”

On the plus side, Obama said that existing technologies and technological advancements can help the world achieve sustainability goals.

However, as he pointed out, “that requires a level of political and social commitment on the part of all of us—businesses, the non-profit sector, each of us as individuals.”