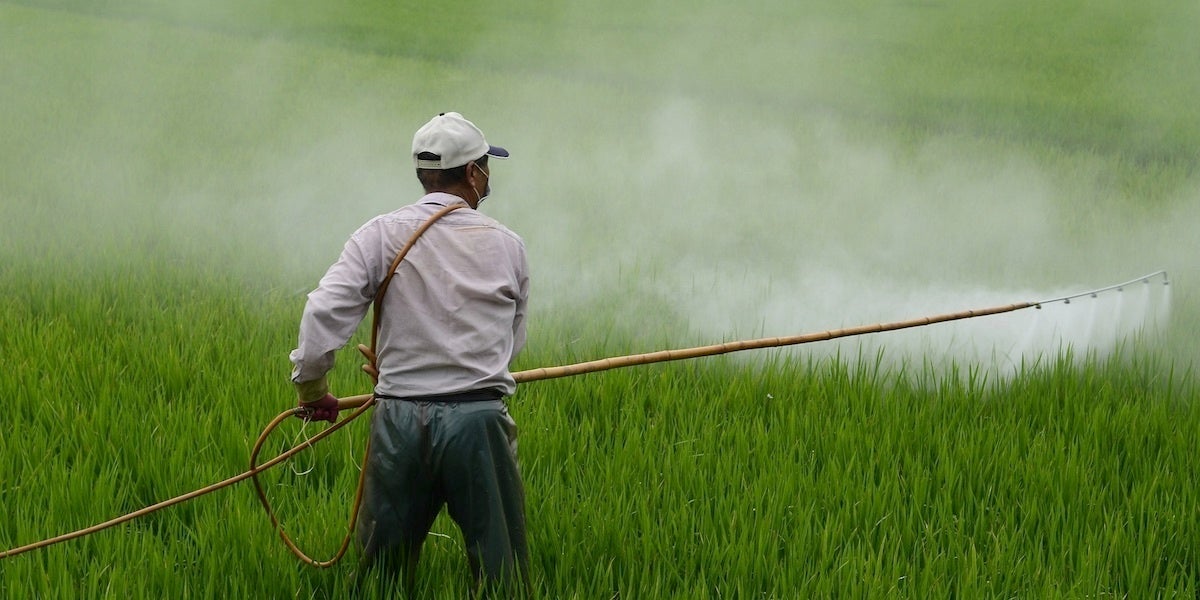 The
Trump administration is appealing a federal court ruling that ordered the U.S. Environmental Protection Agency (EPA) to ban chlorpyrifos, a widely used pesticide tied to brain damage and other health problems in children.

In August, the Ninth Circuit Court of Appeals ruled the EPA must ban the pesticide within 60 days based on strong scientific evidence that chlorpyrifos—which is applied on dozens of fruit, nut and vegetable crops—is unsafe for public health.

The court’s ruling nullified a decision by then-EPA Administrator Scott Pruitt, who rejected his own agency’s proposal to ban the toxic chemicals. Reports showed that Pruitt made the decision after intense lobbying from the pesticide and agriculture industry and the leading chlorpyrifos manufacturer, DowDuPont.

On Monday, the Trump administration requested the full court to rehear the case, effectively postponing the effectiveness of last month’s court order.

In their Monday filing, Department of Justice attorneys said the court’s ruling violated Supreme Court precedent and the law when it made its decision,
The Hill reported.

The attorneys said the Ninth Circuit should have overturned the EPA’s decision and sent it back for reconsideration rather than ordering a full ban, The Hill wrote. They also argued that the court did not have the authority to rule in the case, and it should have gone to a lower district court first.

“The important thing here is that courts are not supposed to operate this way,” EPA spokesman Michael Abboud told The Hill in a statement.

“This opinion nullifies the [Federal Insecticide, Fungicide, and Rodenticide Act] process, violating a congressionally mandated statute. EPA takes science and health issues very seriously, but we must work within the legal process established by Congress.”

The ruling “conflicts with Supreme Court precedent holding that where an agency’s order is not sustainable on the record, a court should vacate the underlying decision and remand for further consideration by the agency, rather than directing specific action.”

“The costs of an incorrect decision on chlorpyrifos are expected to be high and would cause serious impacts to American farmers working to feed, fuel, and clothe the United States and the world,” Perdue said in an
online statement. “This ruling, which would mean the sudden and total loss of chlorpyrifos, prevents farmers from using an effective and economical crop protection tool. Chlorpyrifos is used on well over 50 crops grown throughout the United States due to its efficacy and broad-spectrum activity across multiple pests. For some crops and target pests, chlorpyrifos is the only line of defense, with no viable alternatives.”

Earthjustice, which represented the Pesticide Action Network and the Natural Resources Defense Council in the case, criticized the move.

“Trump’s EPA is delaying the inevitable and putting people in harm’s way,” Patti Goldman, Earthjustice managing attorney, said i a
press release. “By keeping this unsafe pesticide in our food and drinking water, EPA is violating the law. Every day we go without a ban, children and farmworkers are needlessly eating, drinking and breathing this dreadful pesticide.”

“The Trump administration is shameless in its refusal to ban this dangerous chemical that is poisoning our children’s brains,” he said in an
online statement. “Science, the law and EPA’s own staff have all made it clear this toxic stuff does not belong on our food or in our fields, yet this administration is still going to bat for the billion-dollar chemical industry. We will not stop fighting to put children’s health before powerful polluters.”

BREAKING: The EPA has asked the 9th Circuit Court of Appeals to reconsider its decision ordering the agency to ban chlorpyrifos—a pesticide linked to learning disabilities in children—from use on fruits and veggies sold in the U.S. https://t.co/JeFzoTWxPU pic.twitter.com/xIyobVJSd8