Trump’s Paris Withdrawal: ‘One of the Most Ignorant and Dangerous’ Actions of Any President 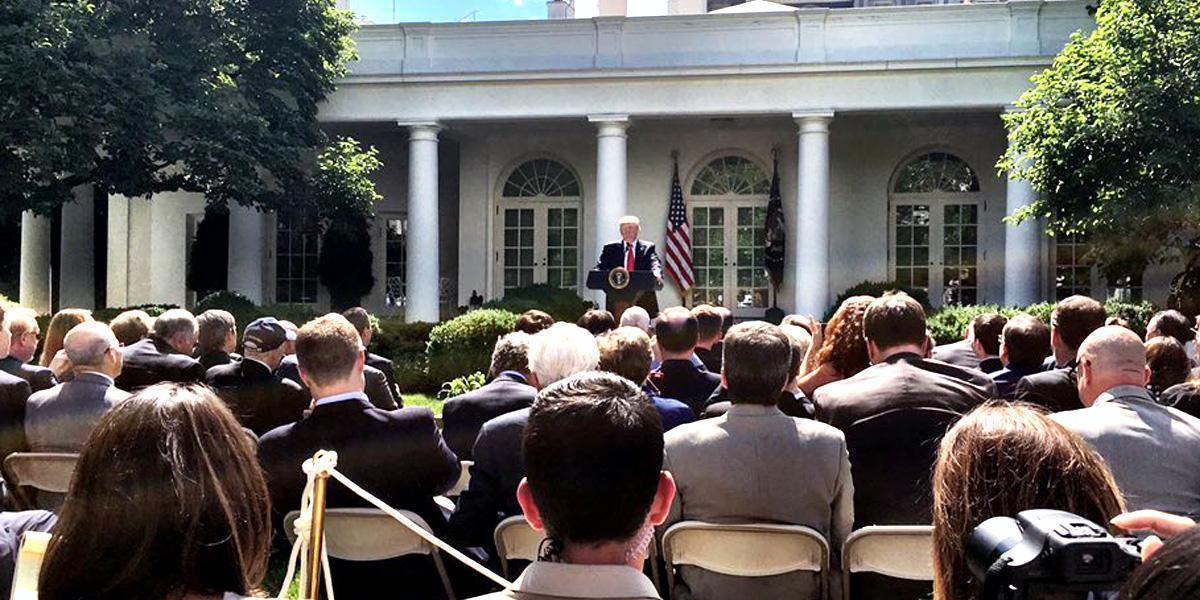 Donald Trump announced today that he intends to withdraw the U.S. from the Paris climate agreement. According to the terms of the agreement, no country can begin the withdrawal process until three years after the agreement enters into force and the withdrawal would not take effect for one year after that date.

The agreement, which entered into force on Nov. 4, 2016, has been signed by every nation on Earth except war-torn Syria and Nicaragua, which would like it to be even stronger. Since the agreement came into force and Trump began to waver, dozens of countries—including India, China and the EU—have reaffirmed their commitment. The earliest the U.S. will be able to complete the withdrawal is Nov. 4, 2020, one day after the next U.S. Presidential election.A recent Yale Program on Climate Change Communication poll found that nearly 70 percent of Americans, including a majority in all 50 states, support the U.S. participating in the Paris agreement.

Generations from now, Americans will look back at Donald Trump’s decision to leave the Paris agreement as one of the most ignorant and dangerous actions ever taken by any president. Trump’s decision to ignore the vast majority of the American public and the scientific community will harm our country, costing us lives, jobs and our role as a world leader. Trump has isolated our country on the world stage, ceding our leadership position and our economic advantage on clean energy to India and China, and justifying it all by chanting a slogan from a baseball hat.

It’s hard to overstate the negative consequences at home and abroad of this foolish, self-destructive move that will only help boost profits for few of the worst polluters while risking the health of our families and communities. Future scholars will search in vain to find a President with this level of disdain for reality and the future of humanity.

Effective leaders are driving state and local action in the United States, moving strongly forward as coal plants across the country continue to retire, dirty fossil fuel infrastructure investments falter, and innovative policies drive clean energy jobs like solar and wind to profound new heights. With our allies, Sierra Club members and supporters have helped retire more than 250 polluting coal plants in recent years, and also ensured that more than 25 American cities, from Atlanta, Georgia to San Diego, California, have committed to getting 100 percent of their energy from clean, renewable sources by 2030.

American climate advocates have a message for the world: we aren’t waiting around for Donald Trump to pull his head out of the sand, and neither should you. The Paris agreement is the collective achievement of leaders around the world, and it cannot and will not be derailed by the ignorance of one man whose term of office is highly uncertain.