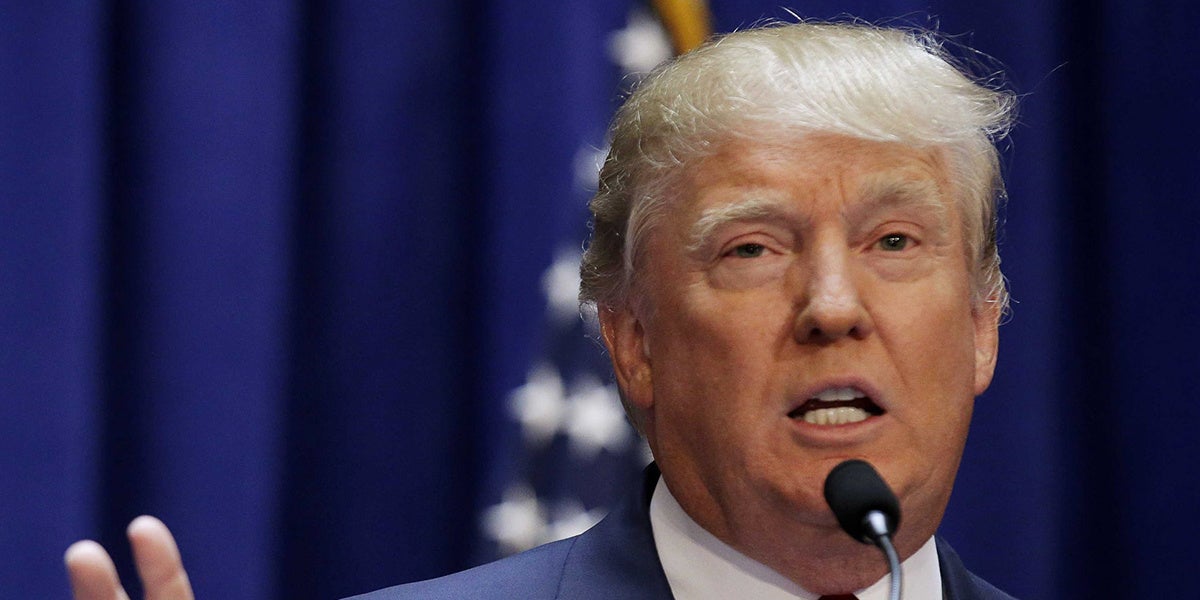 President Donald Trump, who famously asserted that climate change was “created” by the Chinese to hurt U.S manufacturing, tweeted Thursday that the bitter cold East Coast “could use a little bit of that good old Global Warming.”

“In the East, it could be the COLDEST New Year’s Eve on record. Perhaps we could use a little bit of that good old Global Warming that our Country, but not other countries, was going to pay TRILLIONS OF DOLLARS to protect against,” Trump tweeted while vacationing in Palm Beach, Florida. “Bundle up!”

The talking point is a
favorite of many climate change deniers who seemingly can’t tell the difference between climate change and the temperature. Individual weather events, like when it’s unusually cold, do not disprove global warming. Weather refers to the conditions of the atmosphere over a short period of time, whereas climate is how the atmosphere behaves over long periods of time.

In fact, climate scientist
Katharine Hayhoe just explained this week why the record snowfall in the lakefront city of Erie, Pa. could be explained by warmer temperatures increasing the risk of lake-effect snow.

Trump’s tweet is not just ignorant because it goes against the vast scientific consensus of human-caused climate change, it also reflects the president’s belief that the energy restrictions of the Paris climate agreement would cost U.S. jobs and taxpayer money.

“I was elected to represent the citizens of Pittsburgh, not Paris,” Trump said during his announcement of the Paris withdrawal in June.

Incidentally, scientists predict that 2017 will be the second or third warmest year since record-keeping began. This year’s devastating hurricanes and wildfires, which could cost the U.S. hundreds of billions of dollars, have also been exacerbated by climate change.

The tweet certainly falls in line with his administration’s pro-energy, anti-climate agenda. For one, Environmental Protection Agency (EPA) administrator Scott Pruitt, a fellow climate denier, has known ties with the fossil fuel industry.

Trump has tweeted similar, nearly verbatim thoughts about his climate/weather confusion before.

“It’s freezing and snowing in New York—we need global warming,” he
wrote in 2012.

In 2015, he
wrote: “It’s really cold outside, they are calling it a major freeze, weeks ahead of normal. Man, we could use a big fat dose of global warming!”

Trump’s latest tweet has many on social media balking:

This is what happens when you try to run the country without a science advisor.
The worst part of it is, as twisted and wrong as this tweet is, it's exactly what resonates with his base. Poking fun at existential global problems in the sickest, most selfish way possible. https://t.co/OX9Xd77TD4

In 2017, there were about three record high temperatures in the U.S. for every record low temperature. Weather is not the same as climate. The president should be able to understand that. It isn't hard. https://t.co/piwHcvZWbH https://t.co/7EFkR5SmUN

This is what we’re up against. He is dismantling our most critical environmental and public health protections, while also spreading misinformation.