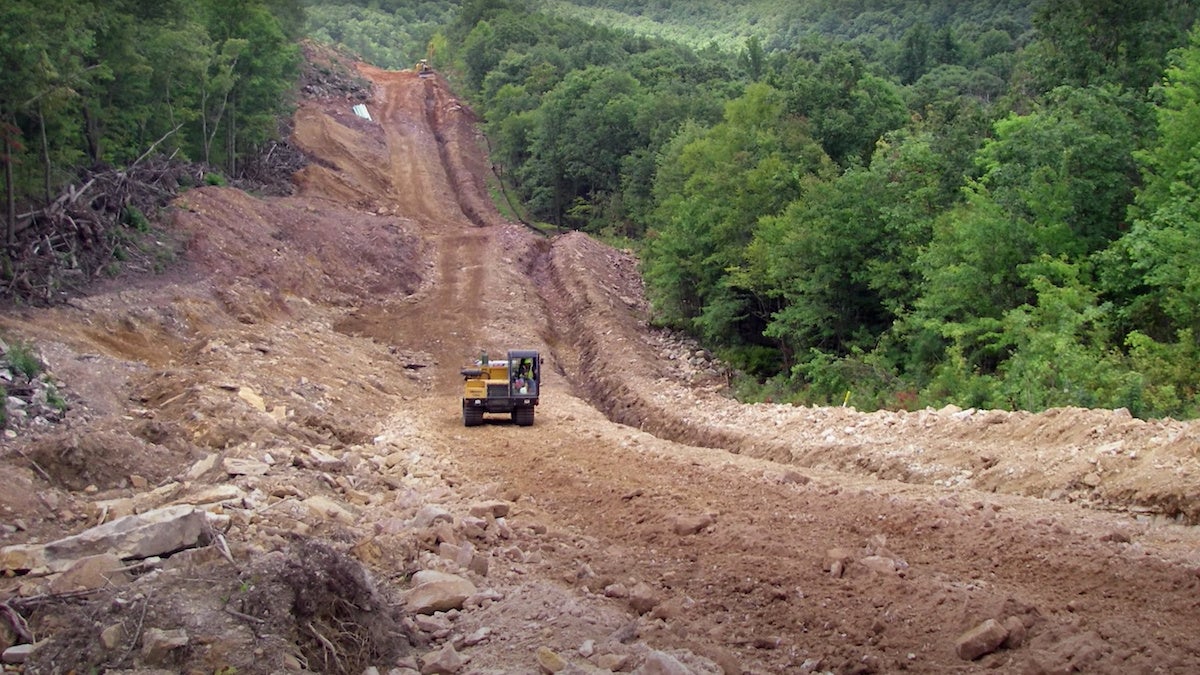 The Mountain Valley Pipeline proposes to carry natural gas for hundreds of miles over dozens of water sources, through protected areas and crossing the Appalachian Trail. Appalachian Trail Conservancy / YouTube

It’s been a bad summer for fracked natural gas pipelines in North Carolina.

First, the Atlantic Coast Pipeline, which would have ended in the state, was canceled by its owners following years of legal challenges. Now, the North Carolina Department of Environmental Quality (NC DEQ) has denied a key water permit for a project that would have extended the controversial Mountain Valley Pipeline (MVP) 75 miles into the state.

“Today’s announcement is further evidence that the era of fracked gas pipelines is over,” Sierra Club Senior Campaign Representative for the Beyond Dirty Fuels Campaign Joan Walker said in response. “We applaud the North Carolina Department of Environmental Quality for prioritizing North Carolina’s clean water over corporate polluters’ profits. Dirty, dangerous fracked gas pipelines like Mountain Valley threaten the health of our people, climate, and communities, and aren’t even necessary at a time when clean, renewable energy sources are affordable and abundant.”

The MVP Southgate project would extend the main Mountain Valley Pipeline from where it now ends in Chatham, Virginia through Eden, North Carolina and ending in Graham, North Carolina, NC Policy Watch explained.

To do this, it would have to cross 207 streams and three ponds. These include the Dan River, which is home to endangered species, and the Stony Creek Reservoir, which is the main source of drinking water for the city of Burlington.

In issuing its decision Tuesday, NC DEQ ruled the risks to the state’s water supply were not worth the trouble, especially since there are doubts over whether the main Mountain Valley Pipeline will ever be built.

Construction on the MVP, which would carry fracked natural gas 303 miles from northern West Virginia to southern Virginia, is currently halted by an order from the Federal Energy Regulatory Commission (FERC). The pipeline has already racked up more than million in fines owing to more than 300 water quality violations in both states, the Natural Resources Defense Council pointed out.

While MVP’s owner EQT Corporation claims construction on the project is 92 percent completed, a recent analysis of MVP filings with the FERC revealed the project is only around 50 percent finished, Jonathan Sokolow wrote for the Virginia Mercury.

But beyond the proposed pipeline’s dependence on the uncertain MVP, DEQ Secretary Michael Regan also questioned the need for more natural gas infrastructure in general.

“North Carolina’s clean energy future is not dependent on adding more natural gas infrastructure,” Regan said in a statement reported by NC Policy Watch. “Projects like this slow down the state’s goal to reduce greenhouse gases under North Carolina’s Clean Energy Plan and our efforts to address climate change under Executive Order 80. We should invest in clean, renewable energy sources and the economic benefits of energy innovation.”

The NC DEQ’s rejection is also a win for Indigenous rights. The pipeline would have traveled through Indigenous family lands and potentially impacted Indigenous burial mounds that might be located near rivers and streams.

“This is huge,” activist and citizen of the Occaneechi Band of the Saponi Nation Crystal Cavalier told NC Policy Watch. “I’m so excited that North Carolina is taking a stand for indigenous people. Because once you dig up this land, you can’t renew it.”