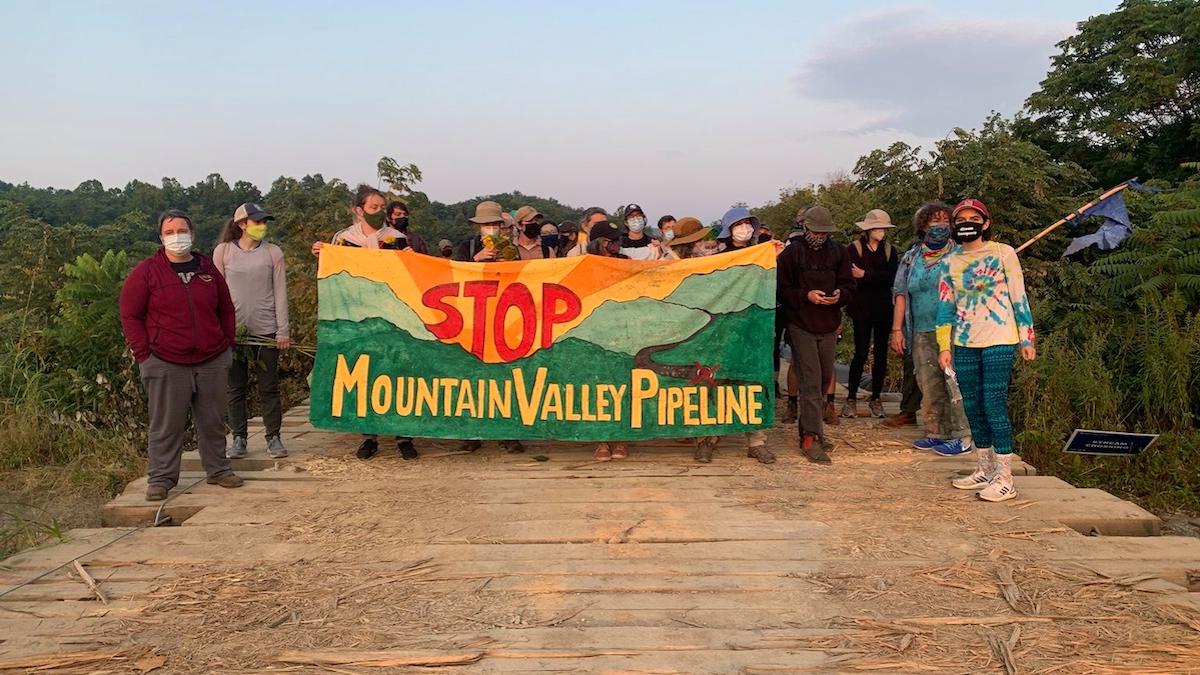 Environmental activists halted construction of the Mountain Valley Pipeline in Virginia on Aug. 9, 2021. Appalachians Against Pipelines

Environmental activists temporarily shut down construction of the already over-budget and behind schedule Mountain Valley Pipeline in southwestern Virginia on Monday.

Organizers with the group Appalachians Against Pipelines said 10 people locked themselves to construction equipment to protect native species threatened by the controversial pipeline that would carry fracked gas — primarily methane — more than 300 miles from West Virginia to southern Virginia.

“Right now we’re looking at a future with extreme water shortages, accelerating difficulty in growing food, mass human displacement due to natural disasters and manmade disasters caused by pipelines like these,” said Mandy, one of the protesters. The temporary construction comes as activists across the state are ramping up pressure to block the pipeline.